A Glossary pre-millennium of House Styles

Writer Jason Burgess takes us through a timeline of New Zealand architecture, from simple cottages through to modern builds.

By Jason Burgess
While New Zealand was one of the last ‘discovered’ archipelagos, its architectural evolution from the pataka and the Wharenui of the Maori to the modular post-modern black box, has been swift.
Our housing stock reads like an architectural timeline, each style reflecting changes in society, how we lived and the development of new technologies.  The early settlers arrived with tents but quickly appropriated the techniques of whare building, using raupo (reeds) and flax over a wooden frame, clay daubed walls and thatched roofs. The pre-fabricated missionary houses introduced distinctly European lines, like hipped and shingled roofs and, weatherboard cladding.

A cottage was the first move to a permanent dwelling. The term cottage is derived from the word “cotter,” a European term for a peasant farmer who in the Middle Ages, lived in similar homes on small plots of land. Cottages were very basic, just one or two rooms, built from wood but sometimes -particularly in the South Island- finished in stone. An entry door, framed by double-hung or casement windows, was placed centre of the street-facing wall. If budget allowed, a veranda might cover the entry. Typically, a cottage had a rectangular or square floor plan with a gabled or hipped roof. They could easily be added to, with back of house lean-to’s or upstairs rooms built into the ceiling cavity. In two-roomed cottages, the second room became a bedroom, while a four-roomed cottage usually had a separate ‘scullery.’ The front door opened into the ‘parlour’, which in larger homes acted as a thoroughfare to other rooms. With no public sanitation, the backyard long-drop toilet was a necessity. 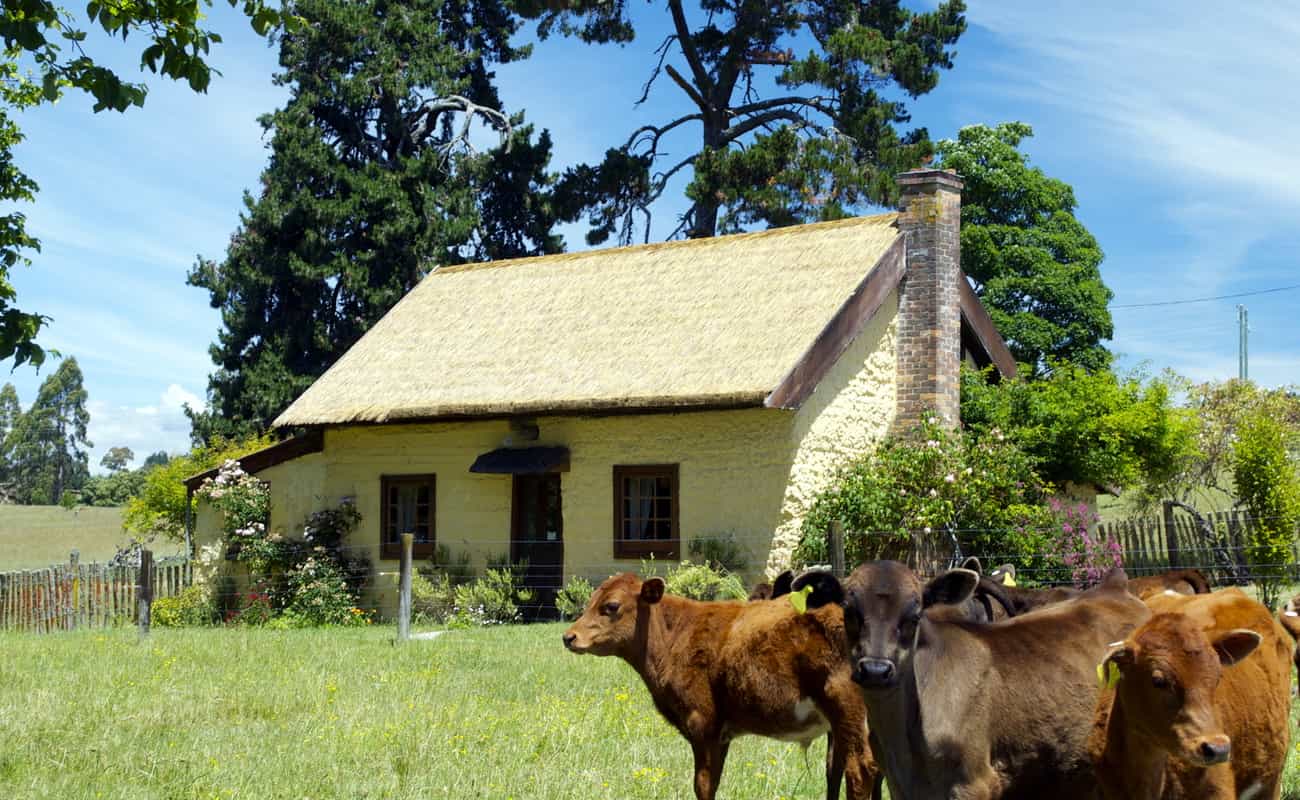 The villa style blossomed from the 1880s as towns, economies and families grew and society morphed from pioneer to a more sophisticated scene. Architecture under the reign of Queen Victoria (1837-1901) favoured beauty over functionality. The more affluent the owner, the more-showy Victorian details became, referencing everything from the Gothic revival, Queen Anne and Italianate to Romanesque styles.
Villas were larger (at least four or five rooms,) more ornate, with voluminous high ceilings and thus were more expensive to build. In the north, they were constructed mostly from timber, some in brick and many were painted in stone-like hues to suggest permanence and wealth. The front door faced the street and a long central hall ran from the entrance to the rear with private rooms off each side. There was usually a parlour at the front of the house. From the 1870s bay windows had become de rigueur for both cottages and villas. Porch sizes grew, and asymmetrical shaped and multifaceted corrugated-iron rooflines were typical features of upmarket homes. The introduction of machined-mouldings led to the rise of highly decorative lace trims, fretted barge boards, and finial posts. Interior elements like pressed metal ceilings and stained-glass windows highlighted the owner’s wealth and taste. The launch of municipal sewerage systems in the 1890s, saw ‘new’ flush loos positioned indoors, at the rear of the house. 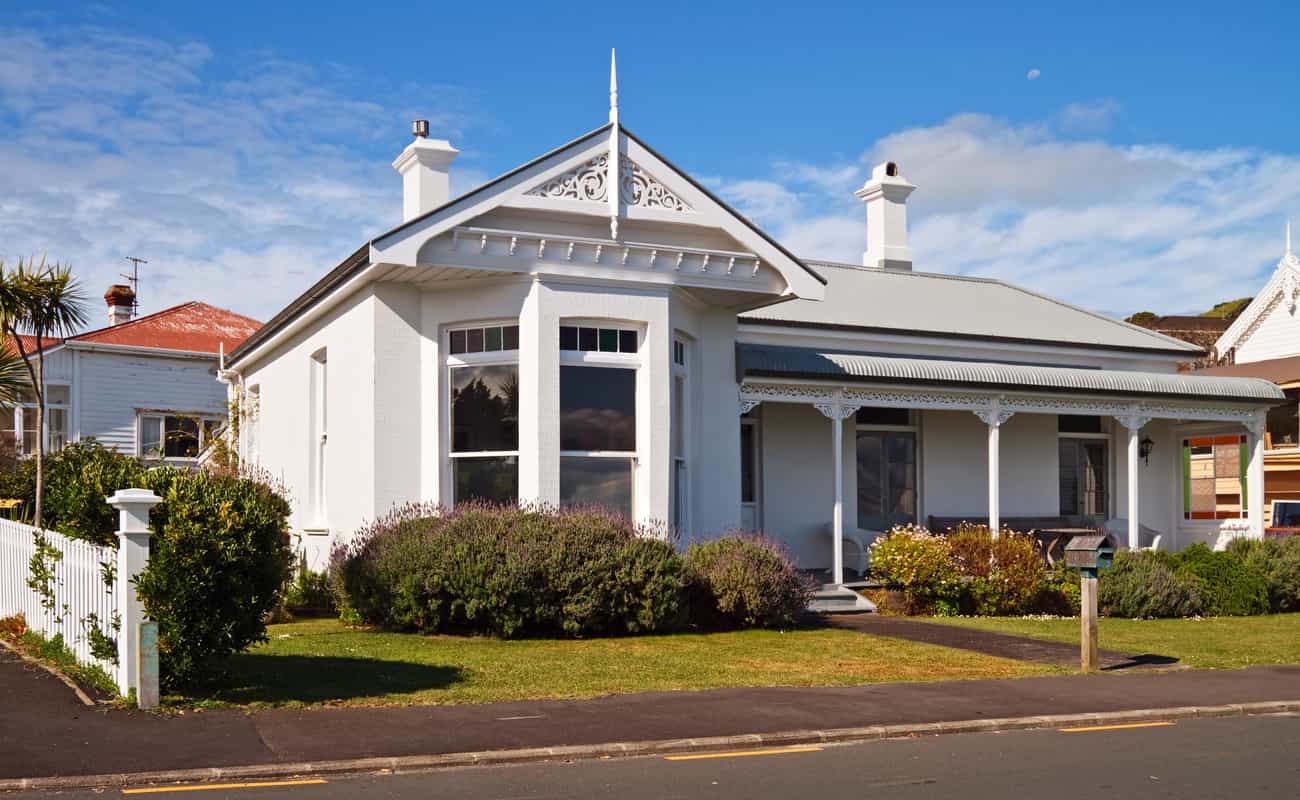 The transitional villa emerged around 1910, as people began moving away from cramped city environments towards a more informal suburban lifestyle. The ‘transitional’ retained the villa plan but featured a pyramid roof -lower pitched than a villa- with extended barge boards in a variety of profiles. The evolution towards the bungalow style saw the introduction of larger, projecting veranda’s, one around the front entry and one accessed only from the interior. Exposed rafter eaves replaced boxed eaves and veranda decoration was much less elaborate.
The more relaxed Californian bungalow superseded the villa after the First World War. They epitomised modern living and drew on the ‘arts and crafts’ style. Interior design included Carrara hand plastered ceiling patterns, exposed beams and half-timber walls. What was once the parlour, was now a living room and the front door often opened into it. The emergence of modern conveniences such as electric cookers saw the once cramped scullery grow into a ‘kitchenette.’ Notably, bathrooms were shifted from the rear to the middle of the house, reflecting a greater awareness of hygiene. Outside, the roof was low-pitched gabled or hipped; bow windows with fanlight and casement windows let the light in and longer, deeper verandas, were built for entertaining on. For privacy, the front door porch was usually positioned away from the street frontage. 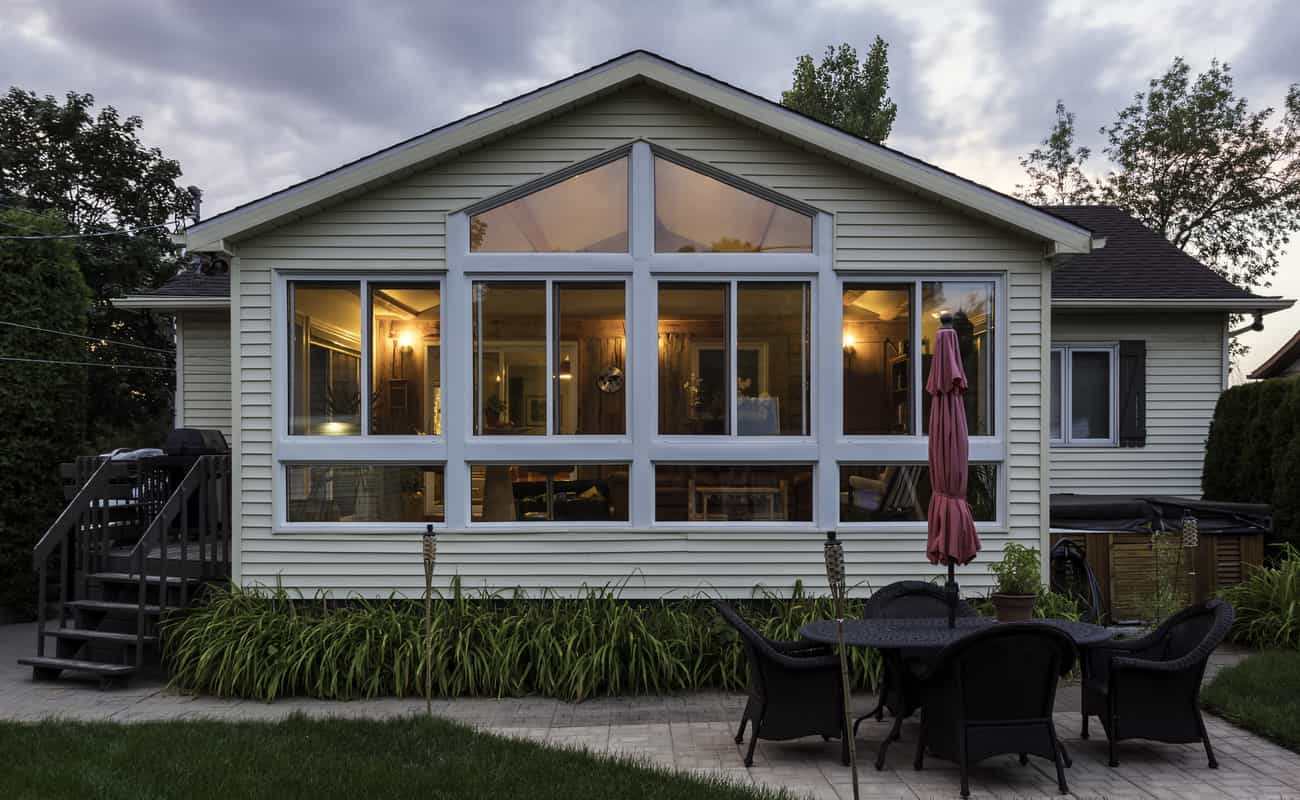 The Art Deco movement came into vogue internationally in the 1920s during a heady period of glamour and optimism. The ‘moderne’ or Deco style transformed architectural lines and had a profound influence on interior and furniture design. It really caught on here just in time for the rebuild of Napier after the 1933 earthquake. Running tandem to deco was the Spanish Mission style. Both styles shared, shallow recessed porches and no eaves, low pitched or flat roofs with parapet and -most often- stucco-clad, walls. Deco homes were arranged around a hallway, the living areas usually faced the street. Built-in furniture saved space. The dining area was accessed through the living room and the kitchen was just beyond that at the rear of the house. The toilet and bathroom were often at the rear end of the hallway. While minimal and often sugar cube in appearance, deco homes were still orientated to the street, to show off their unique moulded chevrons and zig-zag wall designs. 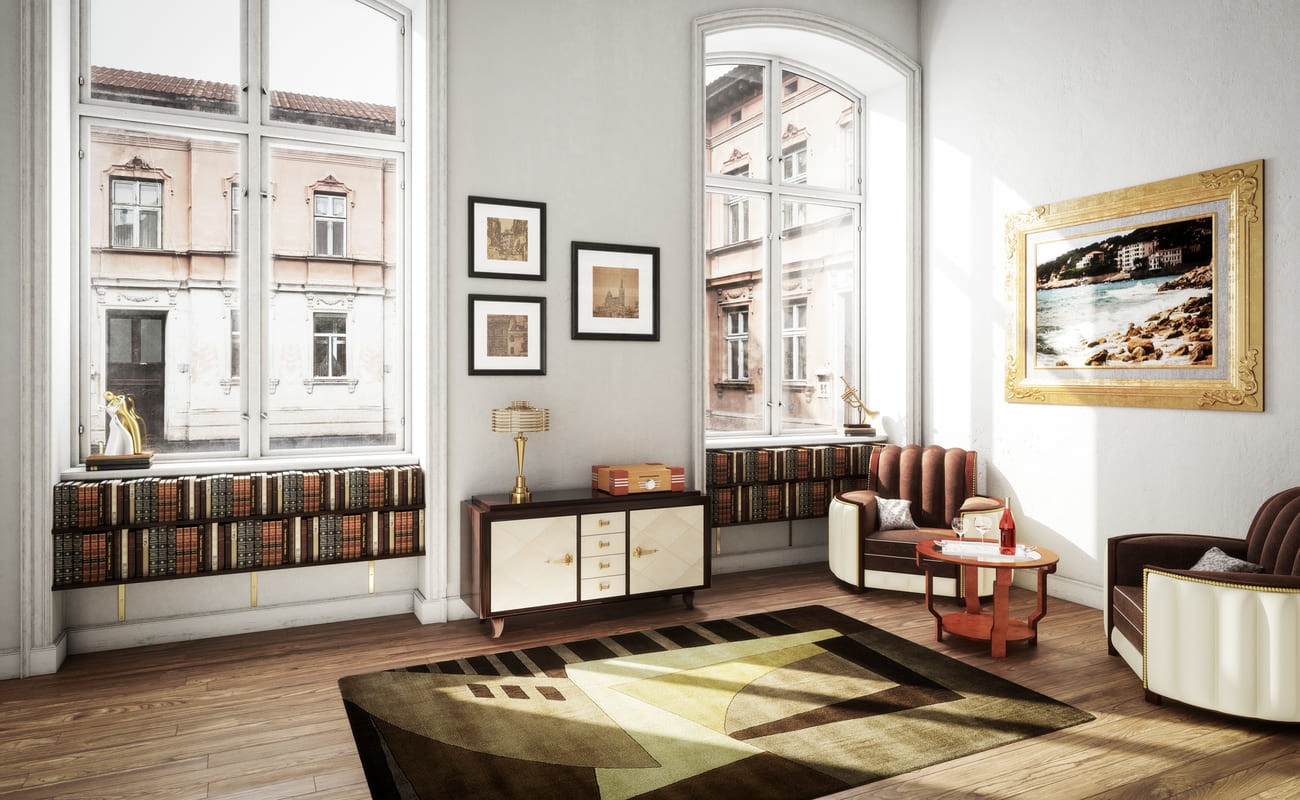 The concept of state houses dates back to Premier Richard Seddon in 1905 as a response to overcrowded city slums, where poor sanitation and high rents were a recipe for disease and stifling poverty. By 1935 -under Prime Minister Michael Joseph Savage- the idea was again implemented. The post-depression era state-house was based on the idea of creating garden suburbs and for the first time, homes were being orientated so that the living room faced the sun. Living arrangements were compartmentalised, with the kitchen, dining and living areas on one side of the house. On the other side, bedrooms, bathrooms and laundry, remained private spaces. The Gable roof was tiled, and the exterior was usually brick or weatherboard. Other than the concrete doorsteps, there was no indoor-outdoor flow. 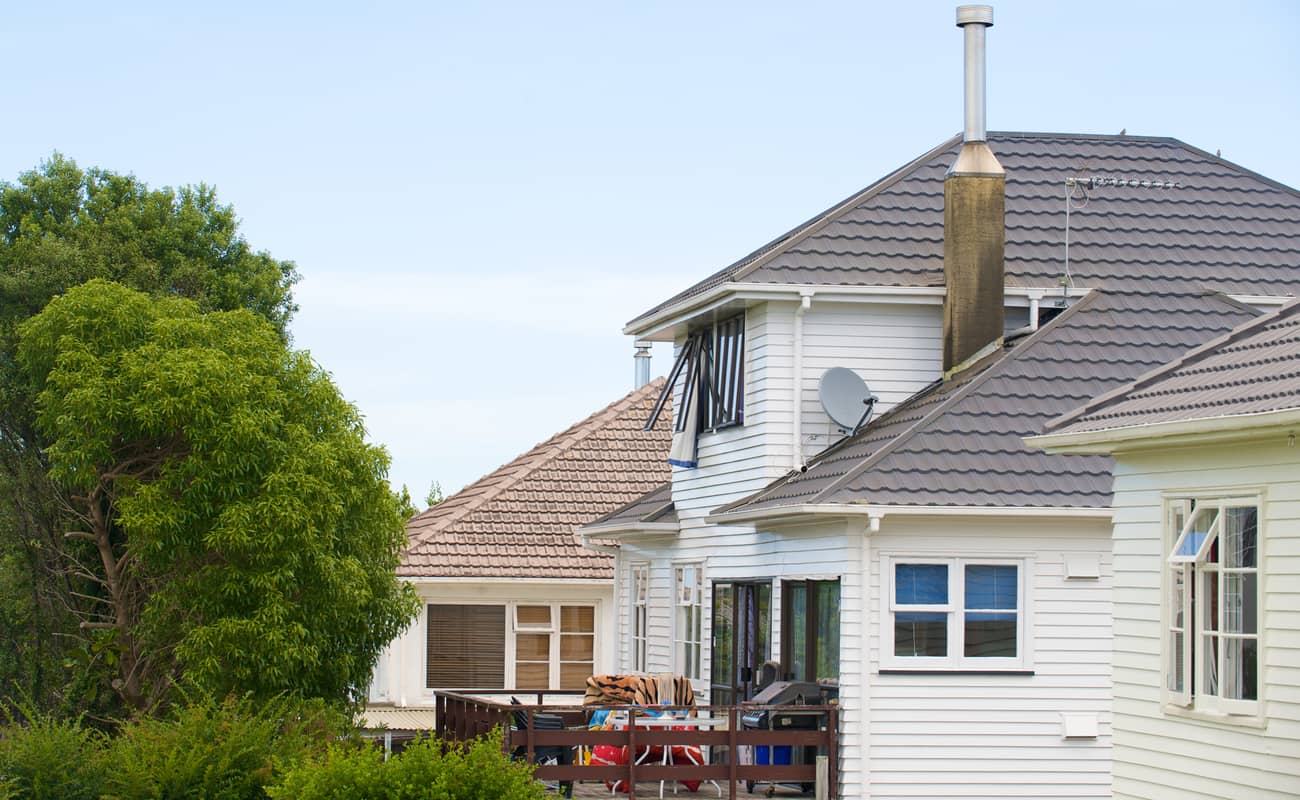 Post-World War II, new materials, such as steel and plywood, had opened up architectural horizons and fresh ways of thinking about residential living. The ’60s and '70s saw cities expanding into new territory and the influence of ‘Mid-century modernism’ with its flat planes, large aluminium-framed windows, open plan living and easy connections to the outdoors was changing the way we lived. In the new sprawling subdivisions, longer, low 'ranch' style spreads –often utilising a split-level, mid-century twist- and an attached garage were adopted by affordable home building companies like Beazley and Keith Hay Homes. Houses in general grew larger, many were still weatherboard but with brick or block bases that now housed a garage and rumpus.
One significant blight on the architectural landscape occurred in the 1990s with the renaissance of the 'Mediterranean' style. Many of these homes used a new fibre sheet product on exterior walls, they, coupled with complex and flat roof designs; internal decks and reduced eave sizes were not suited to our often-damp conditions. This gave rise to the ‘leaky home’ syndrome.
The emergence of idiosyncratic local architects in the ’50s and ’60s gave rise to a tradition of Kiwi eclecticism that referenced every building style from the whare and the woolshed to the tree or rather, ‘pole house’. That character continues to inform architectural styles today. 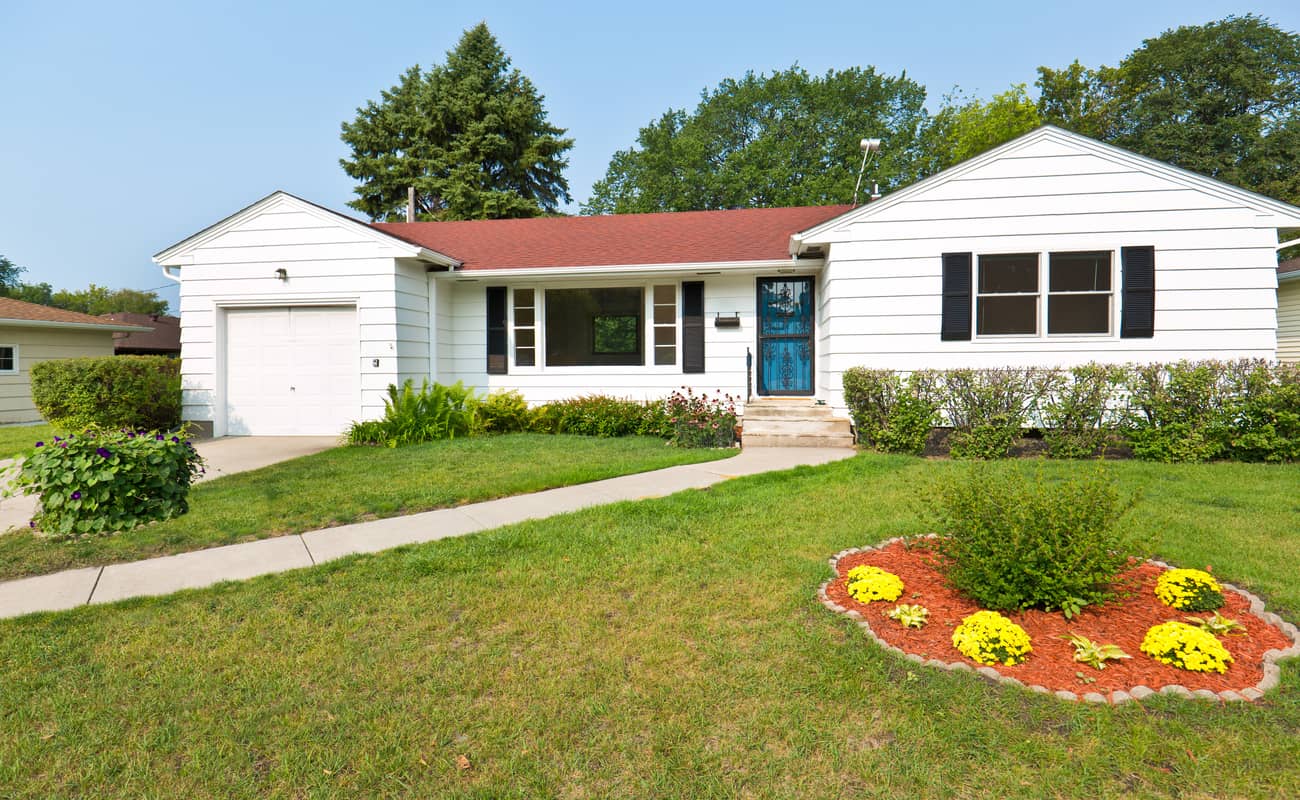 Refresh carries out renovations on all styles of homes. If your home is ready for a restoration or update, get in touch to arrange a free consultation. 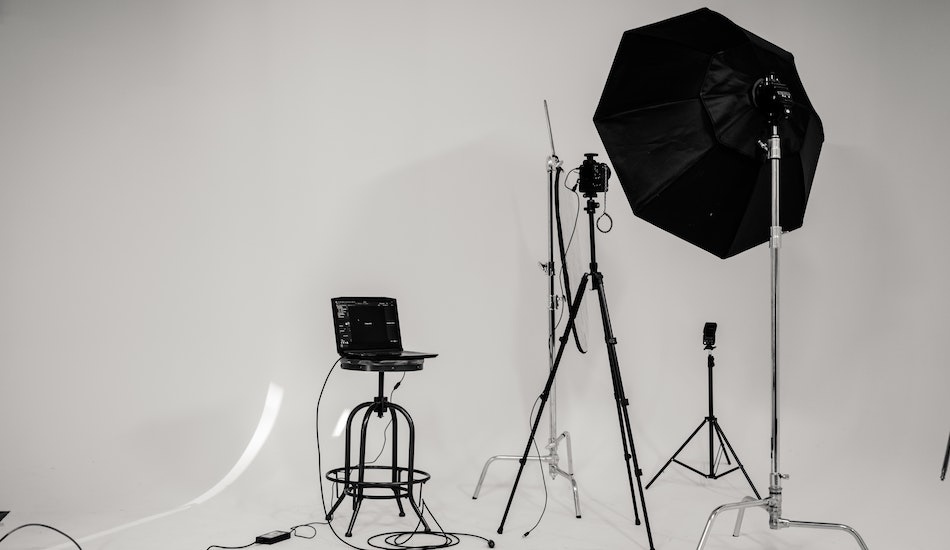 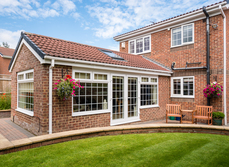 How to select the best brick for your extension 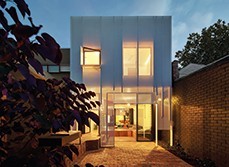 A home design perfect for children