Refresh Rodney lends a hand at the Sanctuary

Refresh Renovations Rodney Owner, Suzanne Franklin, and her team have donated their time and aided The Sanctuary in the build of their new owl aviaries.

← Back to
News & Events
← Back to Our Articles

Refresh Renovations Rodney Owner, Suzanne Franklin, and her team have donated their time and aided The Sanctuary in the build of their new owl aviaries.
The Sanctuary, a not-for-profit animal refuge in Matakana - north of Auckland, were awarded an environmental grant to purchase the building materials for the three new owl aviaries but unfortunately no contractor in the area was willing to do the work.
The Sanctuary was in a state of despair after having paid a previous contractor to have poles delivered and concreted into the ground but were let down as once the poles were delivered, they were left lying on the ground. It was then that Suzanne and her team stepped in.
"When I heard of their plight, we were eager to get involved," she says.
Suzanne donated organisational time, competent trade help and some labour at no cost.
This is the fourth time that Refresh Rodney have lended a hand at The Sanctuary and in the past have constructed a purpose built peacock rescue cage when they were stuck finding a way to rescue a group of abandoned peacocks.
Suzanne has also organised two vegetarian fundraising barbeques with volunteer helpers at two prominent agricultural shows in the Rodney area.
The Sanctuary provides a permanent safe haven for abused animals and birds, and advocates, educates and informs the community on animal welfare issues.
More recently, The Sanctuary is known for its work with injured native birds and factory chickens. The birds are rescued, rehabilitated and either released back into their natural surroundings or re-homed on free range farms.
"Cats and dogs are well represented with advocacy and welfare groups but this organisation devotes itself to the less fortunate factory farmed refugees and less popular species," she says.
The Sanctuary also prioritizes rescuing and rehabilitating indigenous bird species in the Rodney area as an alternative to just letting them die on the roadside.
As a business owner, Suzanne says it is highly important to be giving back to the community that you operate in.
"With The Sanctuary, this was an area that we identified where we could make a immediate contribution to help out our community and get involved."
The Sanctuary provides a desperately needed service with a low cost, high quality emergency response, much of the work is by voluntary donations of time and equipment.
For the price of one good coffee a month, you can provide real help to injured and orphaned native birds and rescued abused animals.  Become a sanctuary supporter with an automatic deduction of $5 per month.
An annual book fair in the city central is organized yearly and donations of books for the following year are always gladly accepted. 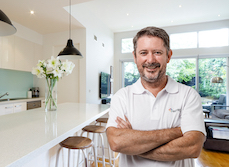 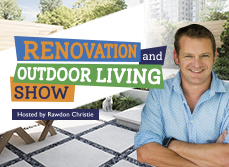 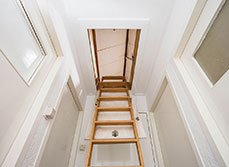