With an operable skin allowing it to breathe, admit or block light, and respond to environment and circumstance, this renovation offers a lively take on the idea of occupying the threshold between interior and exterior.

Built in the 1890s, the humble limestone and brick façade of this semi-detached worker’s cottage on a leafy Fremantle street gives nothing away.
What lies beyond is anything but ordinary: here, the transitional space between interior and exterior is occupied, contemplating the act of transition itself, and offering an extension that defies conventionality.
While the two bedrooms and kitchen at the front of the cottage remain unchanged, the rear is another story. A charismatic play on the nuanced relationship between exterior and interior, and the act of occupying the threshold between the two, the significant addition is something to behold.
Originally conceived as an outdoor dining area, the addition is neither completely exterior or interior. Wrapped in pivoting shutters and clear-glazed and translucent sliding panels, the dynamic, operable skin offers almost infinite possibilities for connection with the surrounds. Each of the 17 window shutters can pivot up to 130 degrees, and a bi-fold window and two sliding doors add to the limitless possibilities.
While the original cottage has sat on the same site for more than a century, much has changed around it. For decades, the area was part of a large dairy farm, which means the site is on particularly fertile ground and is surrounded by abundant vegetation. 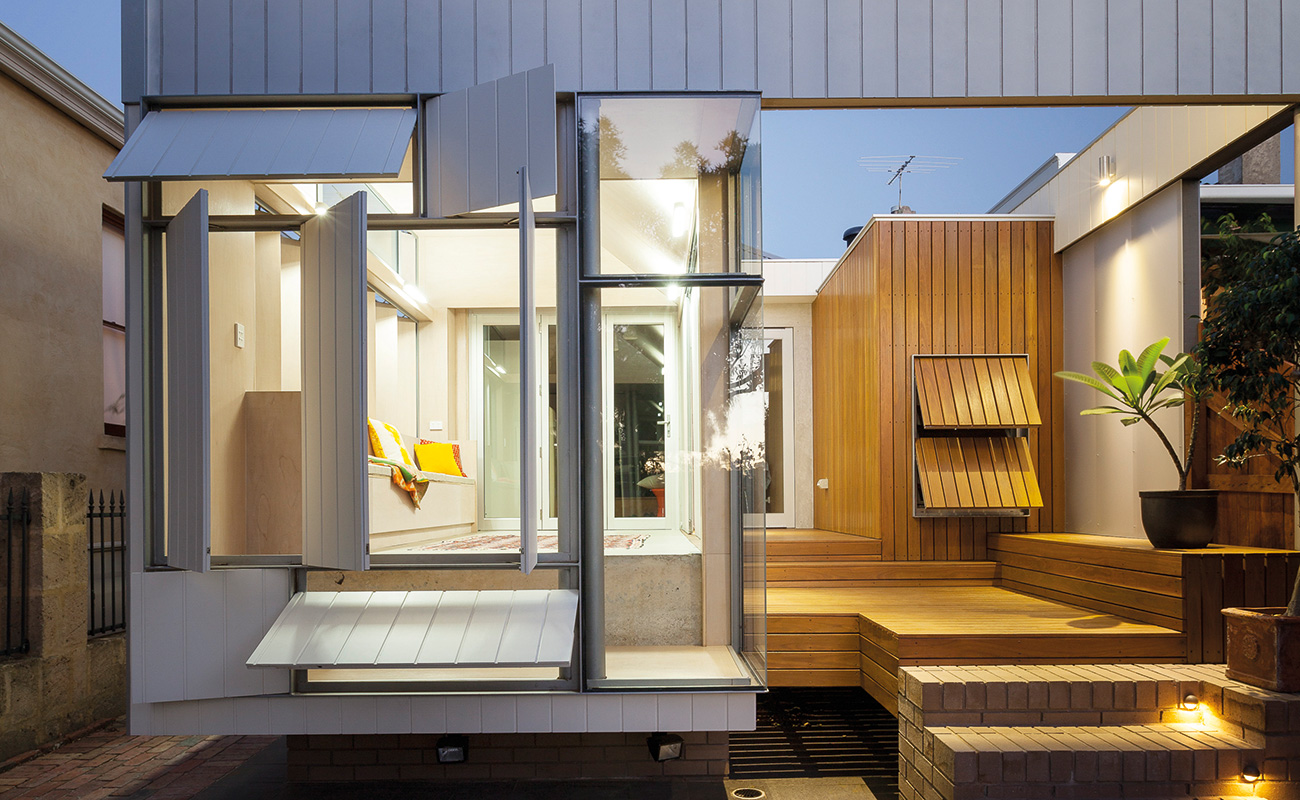 It also means that while the sloping site falls away, dropping 2.5 metres from the street front to the rear of the property, its cliffside location and close proximity to the ocean aren’t immediately obvious as a result of the surrounding trees. What is clear though, is the feeling of expanse as you descend into the lush rear garden.
The original cottage, typical of abodes of its era, had not been renovated and from the back of the cottage there was a drop of 1.5 metres down to the garden, which was accessed by ten steps. This impeded the couple’s use of the outdoor area and they weren’t able to connect with the environment in the ways they wanted to.
Cannon and Burns saw potential and engaged the services of architect Philip Stejskal who devised a unique concept for the cottage. Created with the aim of removing the barriers between house and garden, Philip was interested in exploring varied opportunities for lingering close to the garden as part of the design.
“Closeness (to nature) is a conscious state that is nurtured when the mind and body are given the opportunity to reflect and practice awareness,” Philip says.
Similar to the concept of a bay window, the concept that eventuated for this property offers varying levels of connection with the different elevations and angles, but without necessarily being in the outdoors. 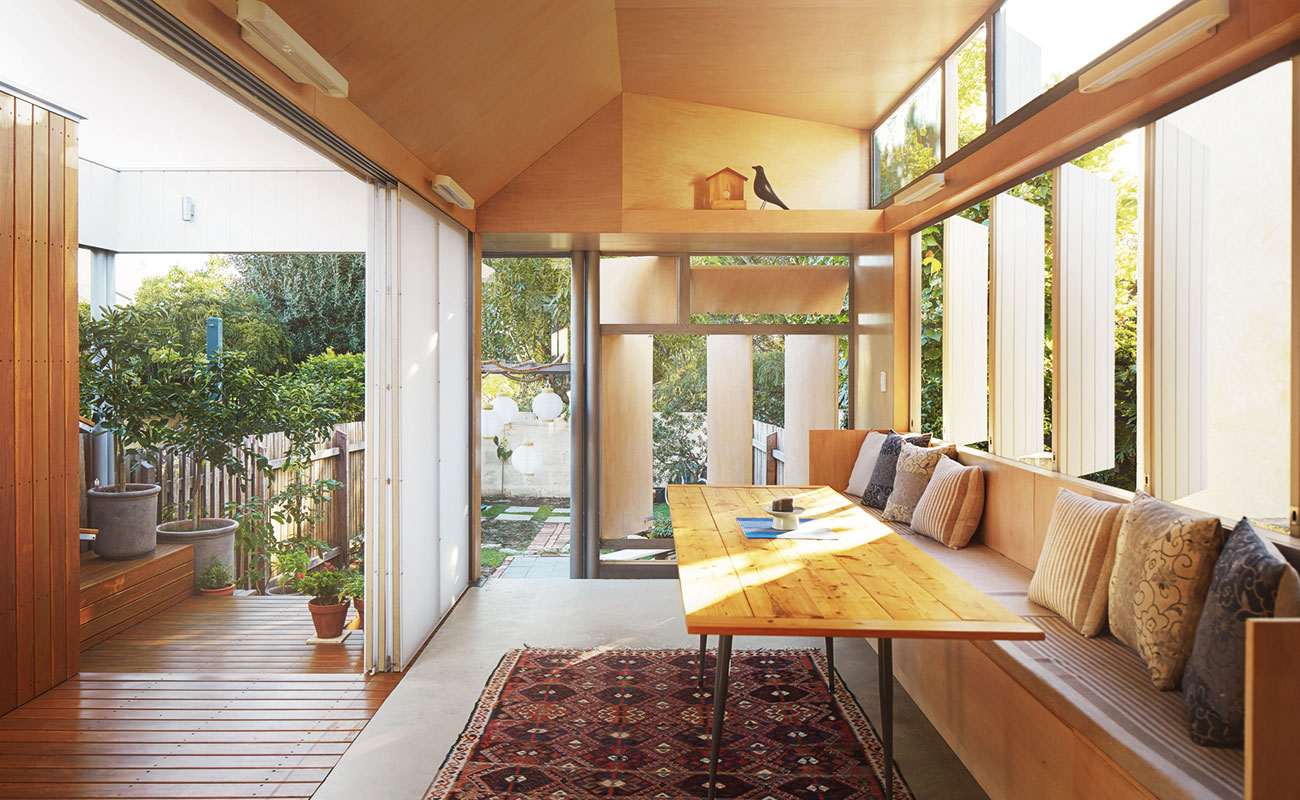 As the cottage faces west, the aspect is both desirable and undesirable. The west brings strong winds off the ocean in winter, the searing heat of the summer sun, as well as cool ocean breezes in summer. So it was with the constraints of the pros and cons of the west-facing site that the design was contemplated.
Philip also had to take into account the southern wall that links the home with its neighbour, and the confined nature of the small section and dwelling.
The final result was the creation of three distinct slivers of space: a new bathroom, access to the garden, and a 2.5 x 4 metre outdoor/indoor dining area.
Formerly, the cottage had a 1980s bathroom, which was at the back of the house and was originally a lean-to veranda that was later closed in to create the bathroom. The house also had a rudimentary raised pergola. Both of these elements were removed to make way for the addition.
“In order to create a privacy barrier to the neighbour and maximise usable living space, the bathroom was placed as a long, narrow sliver along the southern boundary,” Philip says. “It reaches out toward the garden with a bathtub at the bow offering the owners a place to bathe overlooking the garden, which is shuttered for privacy.” The location of the bathroom against the southern wall also provides an acoustic buffer between the spaces of this home and those of the neighbouring dwelling.
The next sliver contains the access path to the garden, which begins as a narrow passage, widens to become a terrace with a built-in seat and ends with winding brick steps. “Each element is progressively lower, negotiating the 1.5 metre drop.” Opportunities for lingering ever nearer the low-lying garden are provided at various stages along the path. 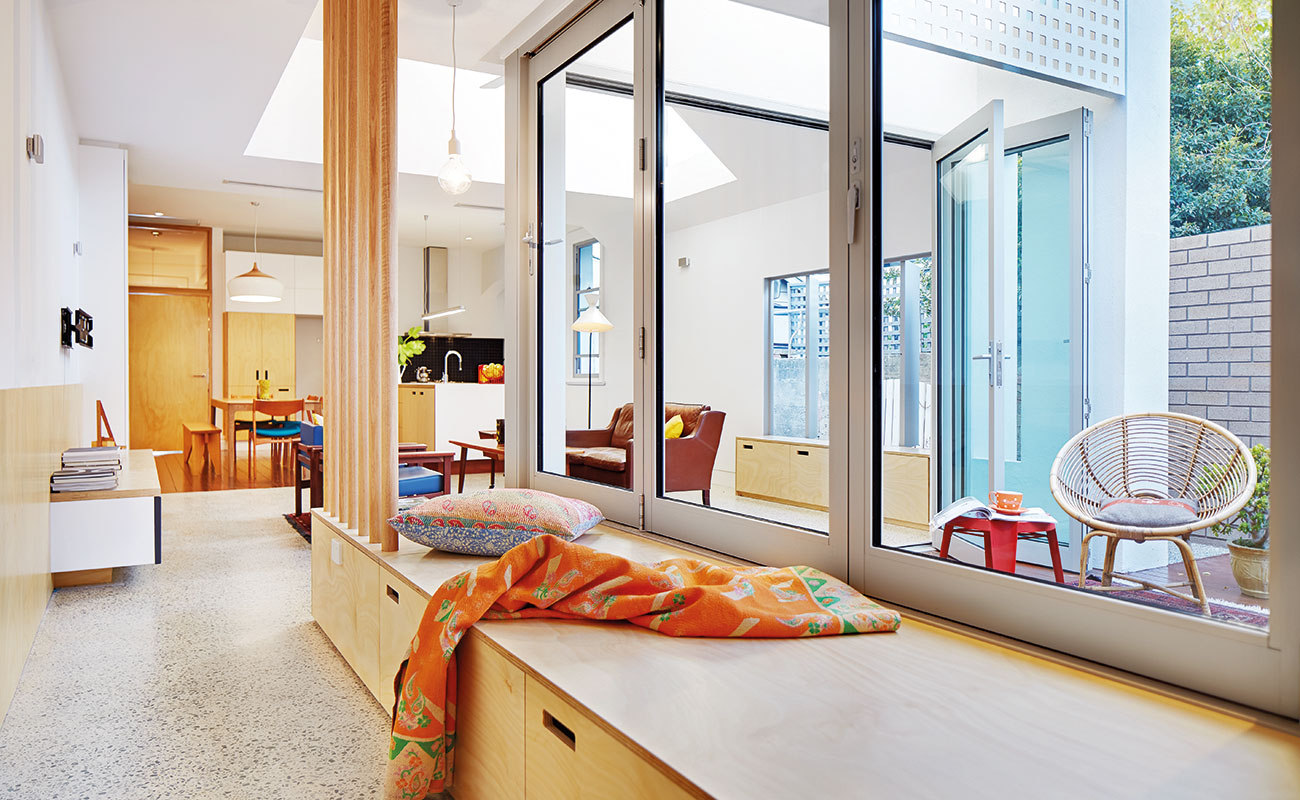 The final sliver is the dining area. It incorporates an exposed, unsealed concrete floor, and a sunken bay window and built-in bench seat along the west-facing wall, which is closest to the garden. Due in part to budget constraints, the decision was made to make this officially an ‘outdoor room’. This meant the normal standards for enclosing an interior space didn’t apply, and could be achieved that cleverly negotiates the essence of being in an in-between space.
Light, heat and air is drawn in or shut off by changing the angles of the 17 operable shutters, windows and doors that make this space seem considerably larger.
Philip believes it is better for residential projects to require user participation in the pursuit of thermal comfort or atmosphere, which is exactly what is achieved in this room.
“A richer experience is available when the user is given opportunity to interact with their environment. Instead of a building system keeping temperatures constant, our clients have embraced the interaction that sees them open and close shutters as they please for sun, ventilation, sound and views,” he says. “It provides the clients with a much better sense of connection to their home.”
While the majority of this room’s façade is taken up with the dynamic shutters and doors, there are certain fixed areas of glazing at a high level of the north wall. These are interspersed with the shutters, but frame views of neighbouring trees and sky when the shutters are closed. Another corner window is fixed in place, offering a view to the garden when the rest of the room is shut off to the elements.
The new dining space allows for the consistent creation of new configurations of the room to make adjustments according to the weather.
Depending on these configurations, the room inches nearer to being either an exterior or an interior space as it is manipulated by the user and responds to the environment or circumstance at hand.

Have a look at our Refresh case study in Perth Spacious kitchen renovation in Perth.

This article by Clare Chapman featured on page 74 in Issue 017 of Renovate Magazine. Renovate Magazine is an easy to use resource providing fresh inspiration and motivation at every turn of the page. This is not a Refresh case study. 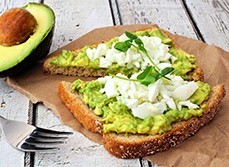 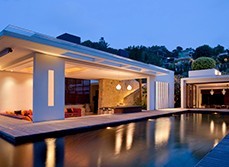 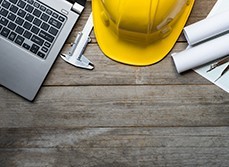