Living and Renovating in Hawkes Bay

Refresh Renovations specialises in home renovations throughout the wider Hawke's Bay. So is the east a good place to renovate? And what factors need to be addressed before renovations start? First and foremost, the region's history needs to be taken into consideration...

Just because you’ve been a Hawke’s Bay local all your life, doesn’t mean you’re an expert when it comes to renovating a home there. Fortunately you don’t have to be. Local company Refresh Renovations specialises in home renovations throughout the wider Hawke’s Bay.
So is the east a good place to renovate? And what factors need to be addressed before renovations start? First and foremost, the region’s history needs to be taken into consideration. 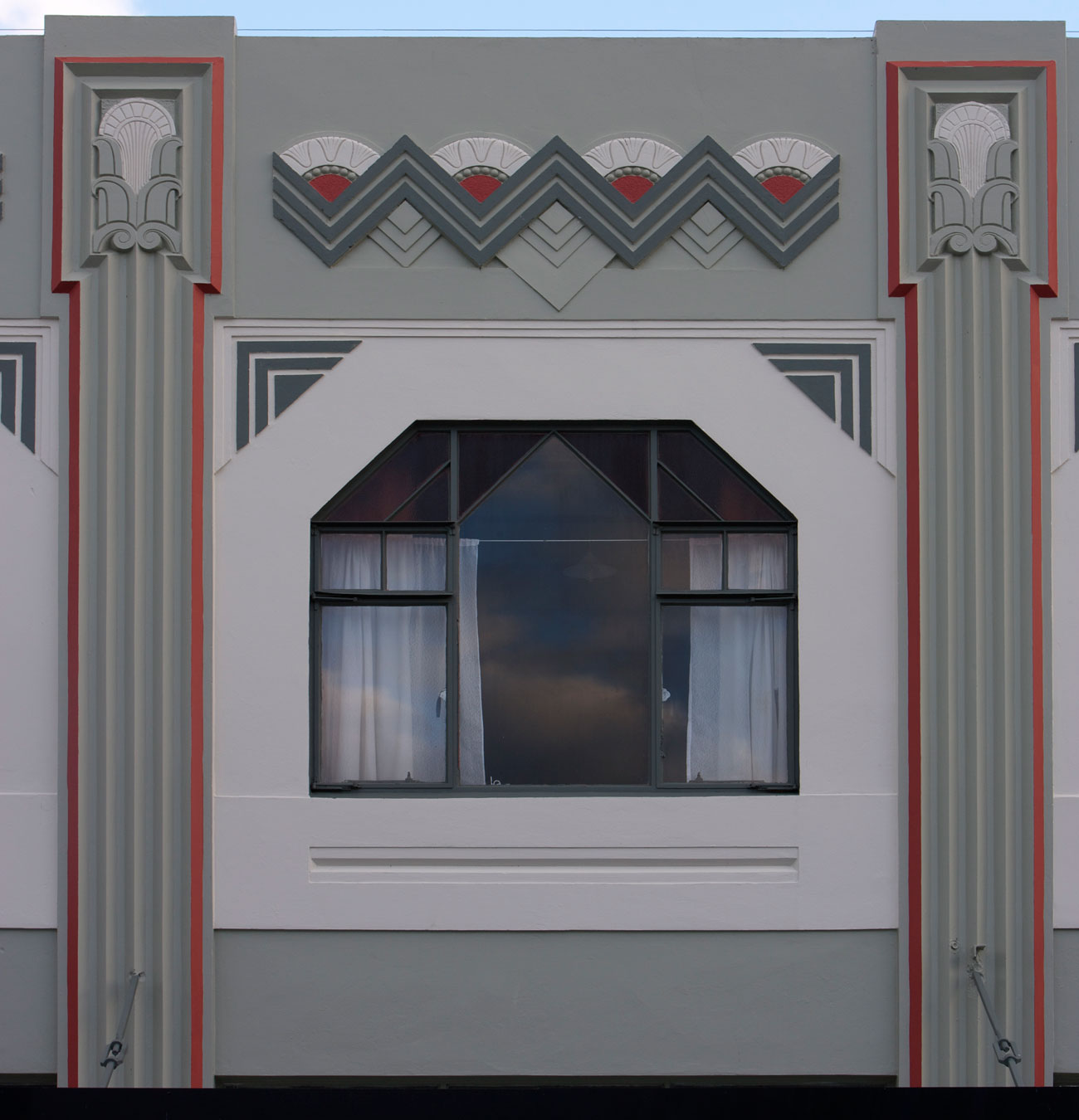 On Tuesday 3rd February 1931, the Hawke’s Bay was devastated by a massive earthquake that measured 7.8 on the Richter scale. Most of Napier was either levelled by the quake or burned to the ground by subsequent fires. Some areas of land were raised by as much as eight feet, and 4,000 hectares of sea bed became dry land virtually overnight. In the decade following the earthquake, Napier was almost entirely rebuilt in Art Deco style that incorporated uniquely-Kiwi Maori motifs. While some buildings were later replaced with more contemporary architecture, today many suburban streets are still lined with historically-protected architectural sites which reinforce the region’s resilience in the face of adversity.
Architecture isn’t the only feature that defines this region though. Much of the Hawke’s Bay is a winemaker’s paradise thanks to its sandy soil and a mild climate that’s perfect for grape-growing. With over 100 vineyards and 80 wineries, many of them with cellar doors and premium restaurants, the Bay certainly knows how to wine and dine visitors and residents alike. 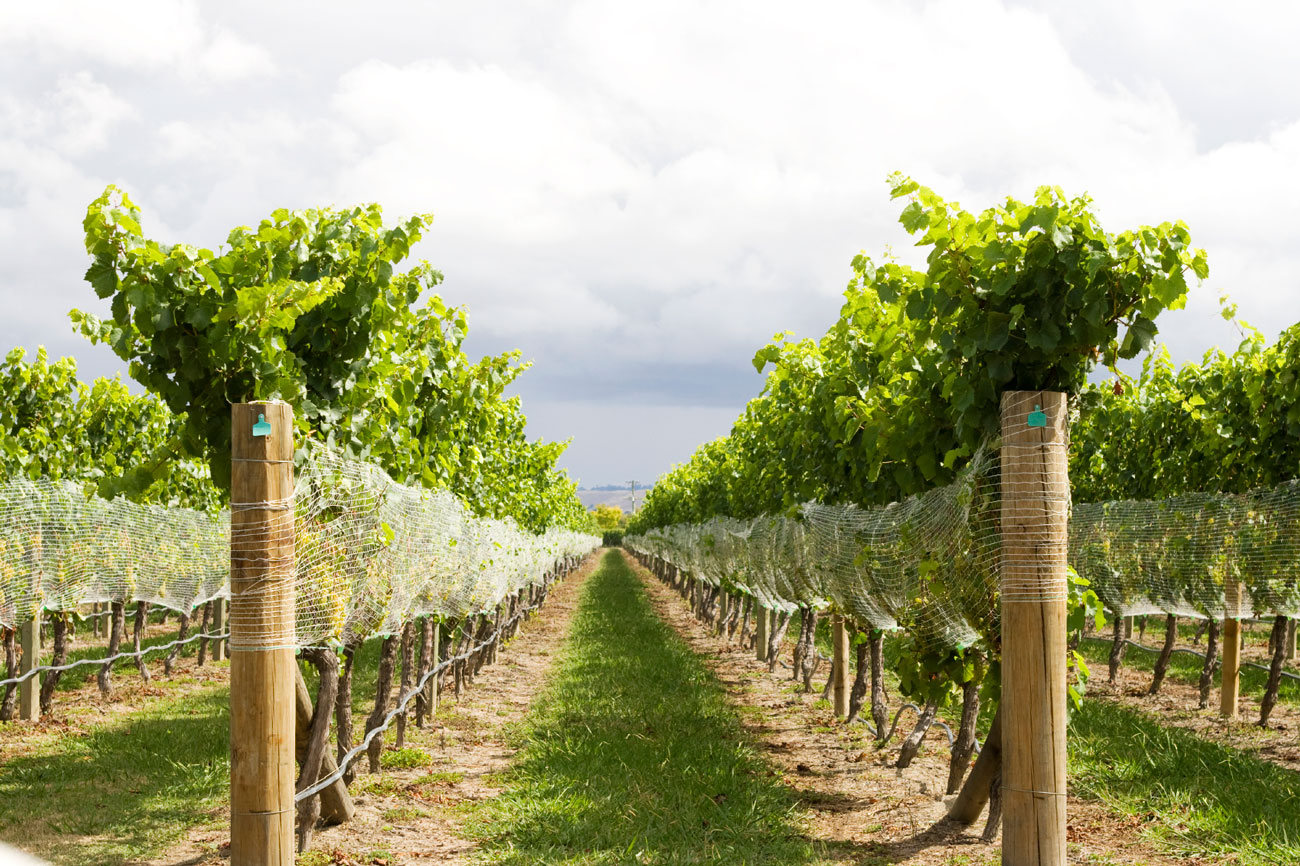 The smaller towns have unique personalities worth discovering too. Havelock North is a pretty country town revered for its local art, honey and friendly restaurants. If you love New Zealand’s rugged coastline, Te Awanga is close to Cape Kidnappers and is popular among golfers and bird-watchers. While it might rate highly on the Most Popular Places to Visit in New Zealand list, today the Hawke’s Bay is becoming more and more popular as a long-term living option too. According to Statistics New Zealand, 147,783 people usually called the Hawke’s Bay region home in 2013, up 3.4 percent since 2001. Most towns are close to the coastline, summers are dry and warm, and the Bay regularly competes with the likes of Nelson to claim the country’s sunniest spot. House prices remain relatively low with a four-bedroom, two-bathroom family home ranging anywhere between $400,000 and $700,000.
So the wine is world-class and the sun is always shining, but what else makes the Hawke’s Bay a great place to consider renovating? A Refresh renovation specialist says it has a lot to do with the number of old homes that are available.
“Hawke’s Bay has many Art Deco homes which are ripe for renovation, having been built after the earthquake in 1931,” she says. “Most have had some work done over the years, but there is a large number that still needs to be brought up to today's standard.” 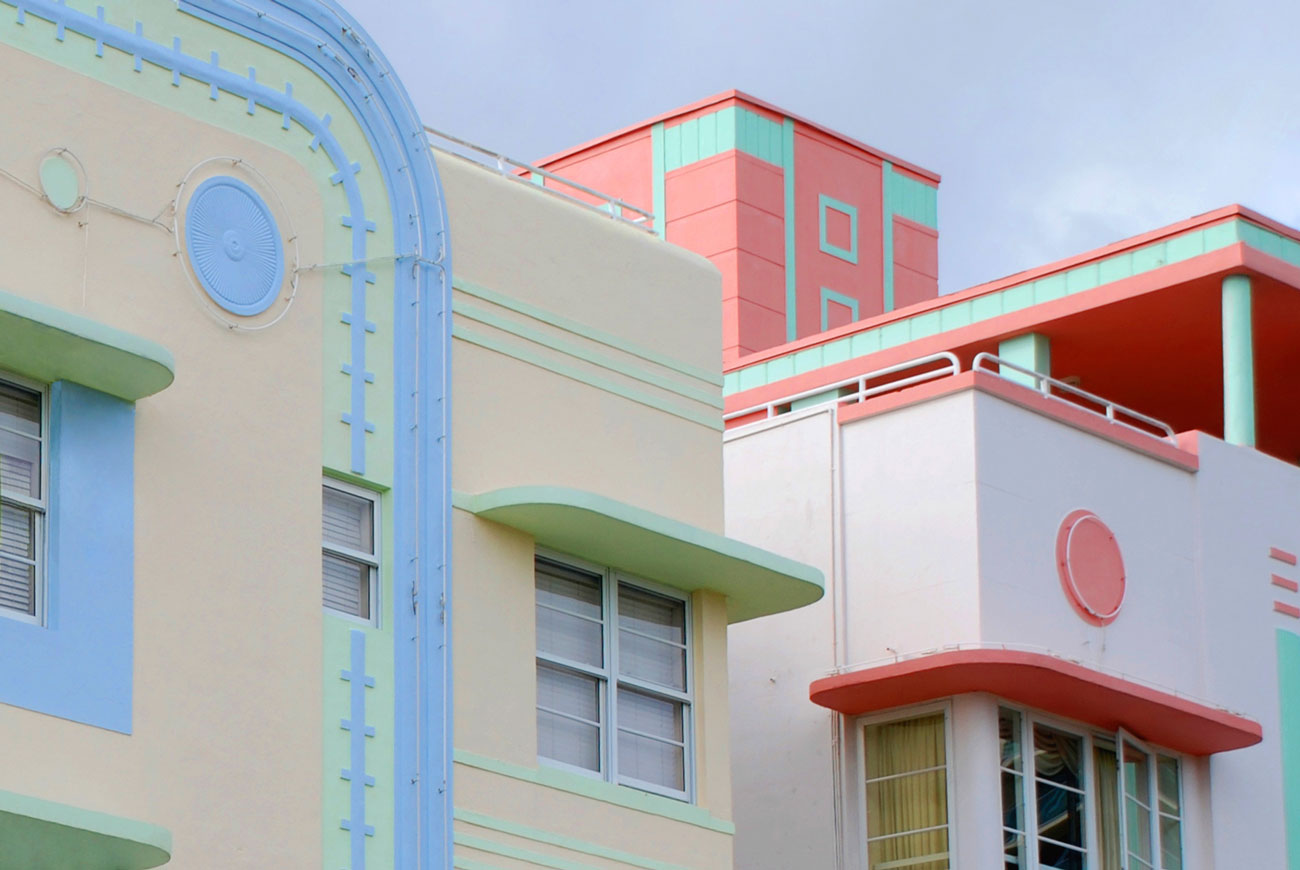 “Modern designs are plentiful as well, especially where there’s more new construction such as in Havelock North.” “Homes being renovated are mostly family homes, but that covers a vast number of styles from old villas through to houses built after the earthquake and the many homes built in the 60s and 70s, right through to newer homes which just need updating.”
But before you start turning soil, a renovation specialist says a number of factors need to be taken into consideration first – most importantly Hawkes Bay’s unique climate. “The water in Hawke’s Bay for the most part comes from a giant aquifer, however the Bay area is prone to drought in summer and quite often in winter if there’s not enough rain,” she says. “Water supply in the towns isn’t too much of a problem as the population is small, but farms and growers often experience drought in summer.
“It also gets quite cold in winter, so every house should have insulation and a couple of sources of heating. This should be the minimum, but often in Hawkes Bay older homes haven’t been brought up to minimum standards. The Regional Council still operates a subsidy for people needing to insulate, and of course all government initiatives are available to people in Hawkes Bay.” 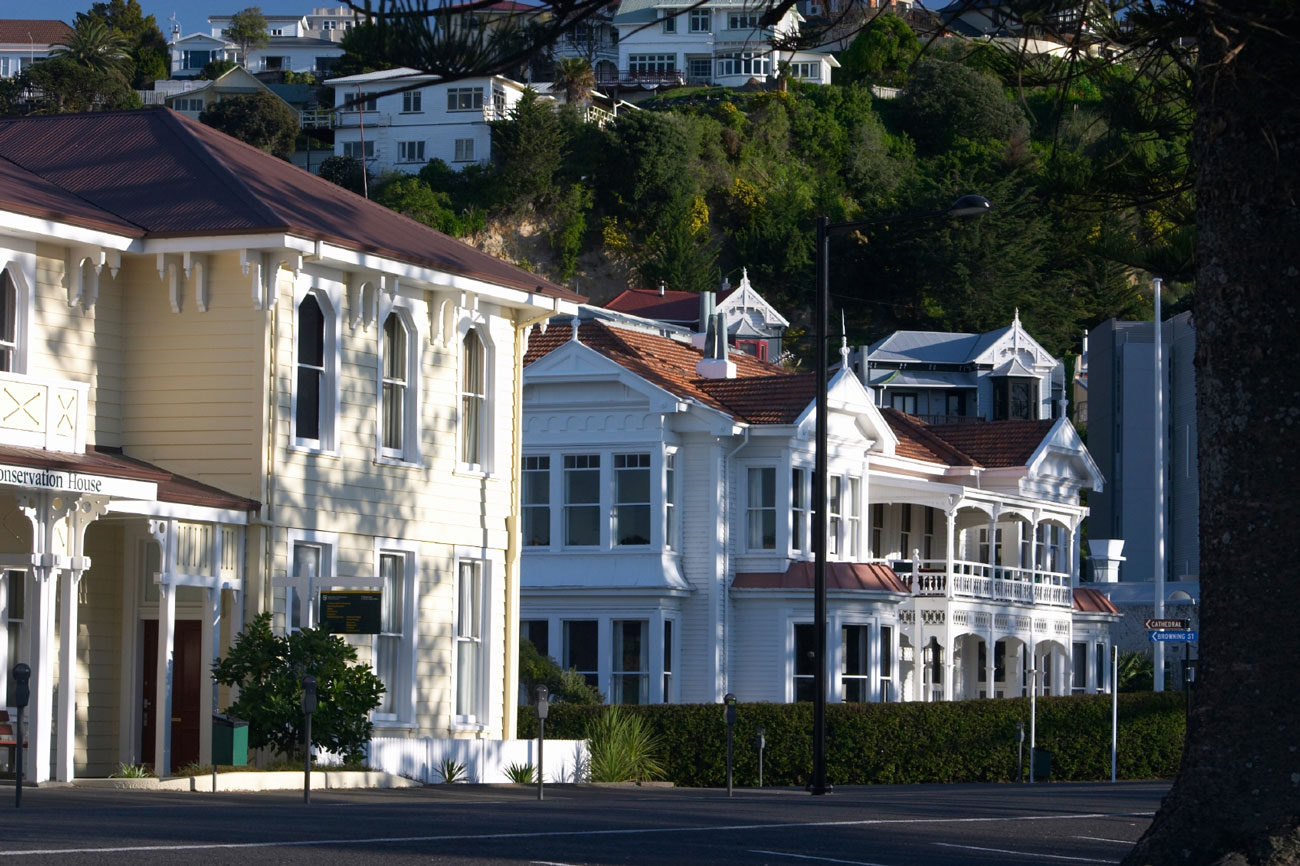 When it comes to power and heating, Hawkes Bay offers a range of options. Gas is becoming increasingly popular because it’s cheaper to run than electricity, although the renovation specialist recommends getting a line in from the street to save dealing with bottled gas. Solar power is a plentiful renewable energy source that’s also gaining traction. Much of Hawkes Bay has restrictions on open fires so many people switch them out with gas heating, heat pumps or compliant wood fires during renovations.
After the widespread effects of the 1931 earthquake, there’s a lot more focus on future-proofing homes and undertaking engineering and geotechnical reports of the land than ever before. In the event of another major earthquake, it’s thought that much of the area could suffer from major liquefaction damage in much the same way as Christchurch did, so a lot of thought needs to go into the quality of the ground a home stands on before anything else on the renovation timeline begins. Because a lot of Hawkes Bay’s land used to be underwater, much of the soil can be quite sandy which poses more of a risk for liquefaction than other more stable grounds. Renovators in the Napier Hill area need to be aware of limestone which may need digging out if extensive foundation work needs to be done too.
The ability to transform a house into a home with personality is the dream of every wannabe-renovator. With loads of older homes ripe for the picking, not to mention a wide range of energy sources available and a unique climate that’s straightforward to manage, the sunny Hawke’s Bay is the perfect spot to transform a tired dwelling into a residential masterpiece that will last for generations.

If you would like to discuss options and ideas for renovating in the Hawkes Bay, please use the enquiry form on this page to provide us with your contact details. We will get in touch with you at a time that suits you to discuss your project. If you would like to provide us with more information about your project, we have a more comprehensive enquiry form on our "Get in touch" page too.
*All information is believed to be true at time of publishing and is subject to change. 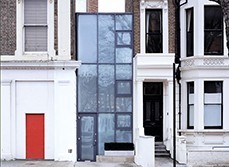 A unique solution to a silver of land in London 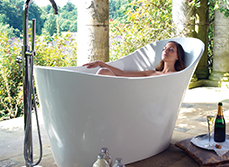 A freestanding bath for indoor and outdoor use 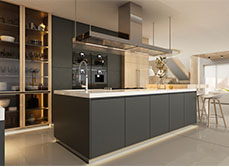 The Ins and Outs of Kitchen Design