With Quotable Value Ltd citing an average gain of 4.9% ($22,650) from $466,000 to $488,650. House prices are being driven by strong migration, low interest rates, a shortage of new housing and good consumer confidence.
Regions vary widely with Auckland benefitting most from these factors, up double the national average at 9.8% ($68,300). That’s an increase from $693,550 to $761,850 in just twelve months. The main centres throughout the country experienced increases ranging from 1% to 4% but it’s less rosy in the provincial areas of Rotorua, Gisborne, Hastings and Wanganui where valuations actually decreased.
Even in areas showing increases, during 2014 house sales volumes continued to drop below the numbers seen in 2012 and 2013. CoreLogic director of research, Jonno Ingerson, compares sales historically by calculating the number of sales as a percentage of the total housing stock at the time.
“During 2014 this turnover dropped and reached a low of 0.43% in August, and apart from the GFC this was the lowest turnover since the early 1980s”. He went on to say in the last few months of 2014 turnover picked up again, but is still historically low.
The impact of the Reserve Bank 80% LVR limits has seen a change in the type of buyers. The percentage owning more than one property (mainly investors) is up 4% to 41% with fewer first home buyers – down from 20% to 18%. But interestingly the most obvious change was the drop in sales for people moving from one house to another.
Ingerson reported this drop in movers also happened in 2008 and 2010 as the GFC affected consumer confidence. My view is that owners wanting to upgrade are choosing to stay put and renovate because they don’t feel confident selling and re-buying in a tight real estate market.
Crazy Auckland auction prices make great newspaper headlines, but can be nerve wracking for a family who simply needs more living space. Far easier to stay in a familiar neighbourhood and improve what they’ve got.
The latest council valuations popped into letterboxes before Christmas and saw Auckland home owners celebrating new found wealth. Increases of 50% for some areas over the last three years make extra borrowings a reality. Most of the increase is the land value so if you can improve the house structure you will help preserve the overall property value if land prices weaken.
Don’t discount that possibility. The housing shortage that is driving prices up will eventually turn as more sections come to market and new houses are built.
Most banks are comfortable using the latest CVs for renovations. Even though true market value may be vastly different from averages city councils use, the fact that you are improving your provides a good cushion from the bank’s perspective. And they’d rather lend for home improvements than spending on holidays or new cars.
However, if you already have credit card or car finance debt, the first priority is to use your higher CV to consolidate expensive debt into your home loan.
Mortgage rates are falling again and it’s possible to secure 5.89% fixed for five or ten years and 5.39% for two years.
So how do the numbers stack up for extra borrowings? Within Auckland one of the highest CV increases was Mangere Bridge up 53% and now averaging $529,240.
Three years ago the average would have been $350,000 and a first home buyer in 2011 probably had a 10% deposit of $35,000 and a loan balance of $315,000. With a handsome paper gain of nearly $180,000, the new CV would allow borrowings up to $420,000 at 80% LVR, making $105,000 of the gain available for a renovation loan.
Factor in servicing the new loan repayments though. Borrowing $105,000 for a 30 year term at 6% would be $625 extra per month. At interest only, it drops to $525 monthly which helps for the first few years after a major renovation.
It’s also important to allow for costs such as higher rates bills. On the flip side, overall consumer price inflation is under 1% per annum with cheap petrol the most obvious – leaving more dollars in pockets to help balance the budget.

This article by Deborah Carlyon featured on page 20 of Issue 014 of New Zealand Renovate Magazine. New Zealand's first and only magazine solely dedicated to home renovations.

If you would like to discuss finance options for your next renovation project, please use the enquiry form alongside to provide us with your contact details. We will get in touch with you at a time that suits you to discuss your project. If you would like to provide us with more information about your project, we have a more comprehensive enquiry form on our "Get in touch" page too.
*All information is believed to be true at time of publishing and is subject to change.
Deborah is a Certified Financial Planner (CFPCM), a member of the Institute of Financial Advisers (IFA) and an Authorised Financial Adviser (AFA). She is a principal of independent advisory company Stuart + Carlyon. This column does not provide personalised advice. Deborah’s Disclosure Statement is available on request and free of charge by emailing deborah@stuartcarlyon.co.nz. 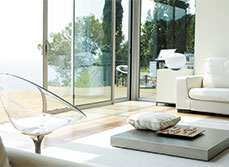 Prevent your furniture from fading with window film 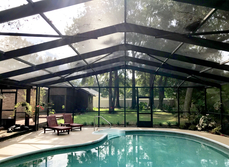 6 Ways To Optimise Your Home During COVID-19 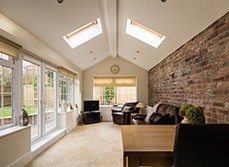