Nestled in the back streets of London, this west end home has been transformed to add the 'wow' factor and TLC that it has always desired. A journey full of permissible ups and downs, and a conversion like no other has altered this run down town house, to stay in touch with its Victorian terrace home flair.

Once upon a time, actually in 2011, there was a Victorian house in Brook Green, West London that was clearly in need of some love.
Built in the 1860s, it had been empty for a good few years. It was the classic worst house in a street full of elegant Victorian mansion blocks that had been gentrified over the past few years.
Enter Jules and David, who lived around the corner and were looking for an investment property with a ‘Wow’ factor. Fortunately they were able to see past the bricked-up bay window, designed to keep squatters out, and the dated 50s décor of the five-bedroom, three-storey house. 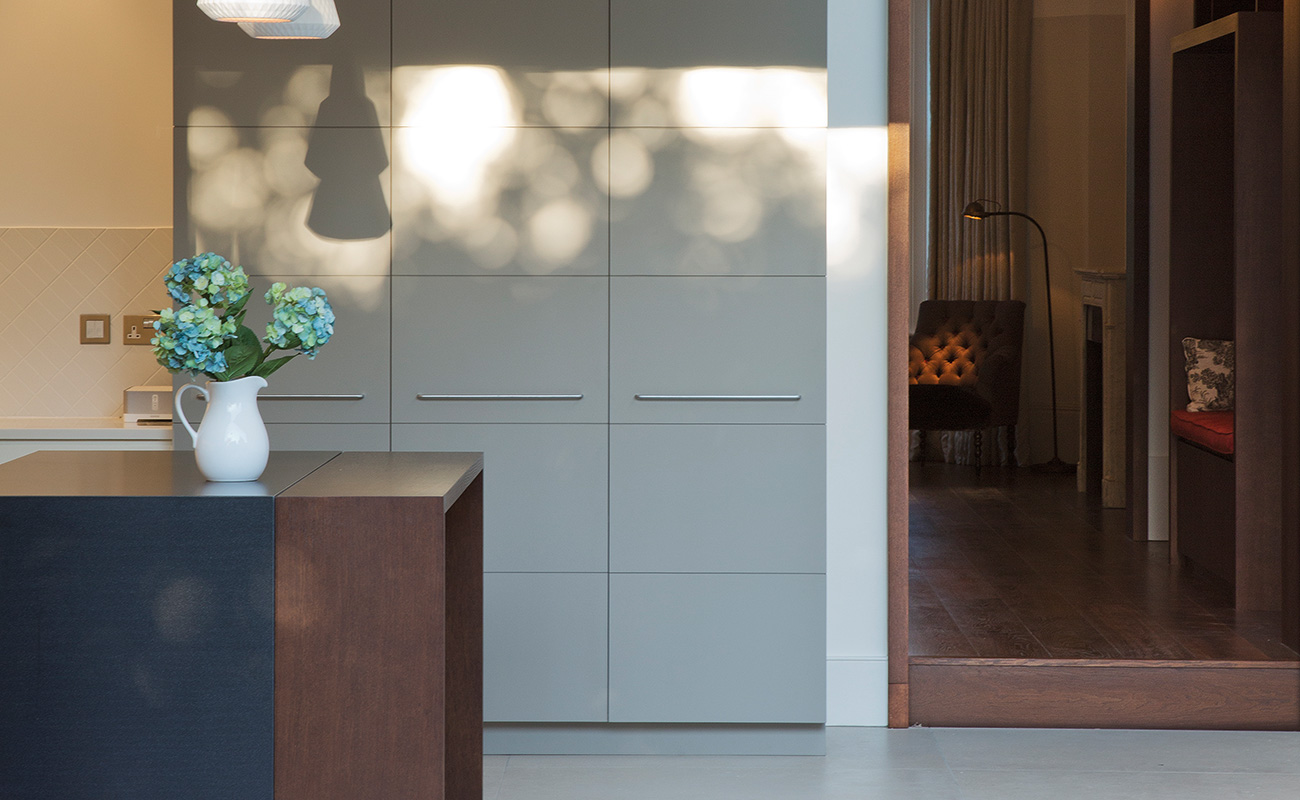 Interior designer Jennifer Hamilton, founder and creative director of UK firm The Vawdrey House, was called in to wave her magic wand over the 167sqm property. “The clients had renovated lots of homes before but none of them had the extra sparkle they were looking for,” says Jennifer. “They wanted a really high-end rental that was contemporary but which also retained the Victorian character.”
In many other parts of the world, it might have been easier simply to demolish the house and start again, but strict London heritage rules prevent this, so the couple had no option but to spend a year and around NZ$1.3 million completely renovating the property.
The brief was to dig down 3m to add a new basement, push out the ground floor by 5m to provide a generous kitchen/dining space and add a mansard roof extension with a Juliet balcony to house another bedroom. The existing three floors also weren’t immune – they were completely stripped back to the brickwork, to allow a complete re-imagining of the space. 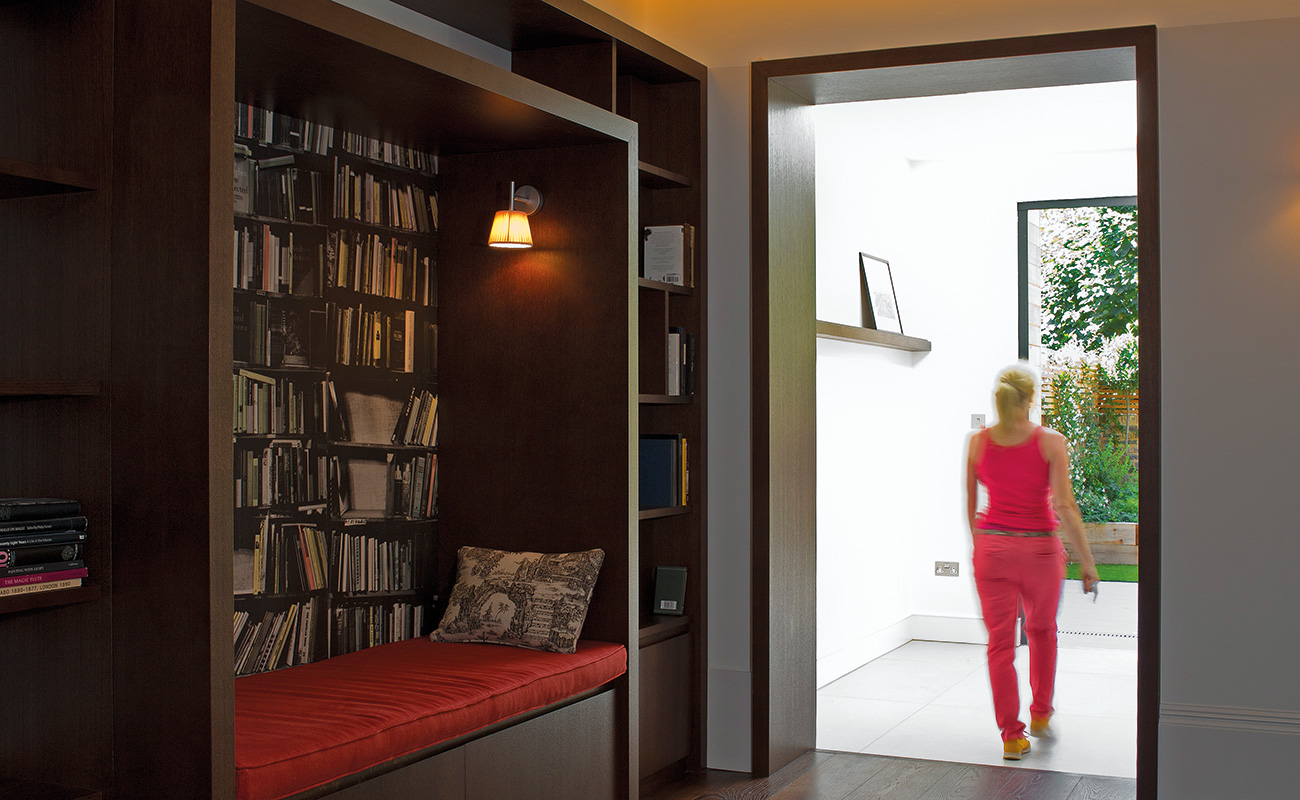 The result is a house of two halves, with a traditional look and feel at the front – including the use of cornicing, classic fireplaces and dark timber flooring – while the rear of the house is contemporary in its use of sleek, open-plan spaces and dropped ceiling rafts with concealed lighting.
To dig the basement out took around five months but it was well worth it: the 75sqm space includes a 9 x 5.5m family living space with bespoke linen wall panelling and a built-in projection system ideal for movie nights. There’s also a generous storage space, a utility room and one of the home’s four bathrooms.
Walk up a flight of stairs and the ground floor has been re-aligned into a series of formal living areas which open out into a large kitchen/dining space with Corian and splash-back tiles arranged in a Herringbone pattern. 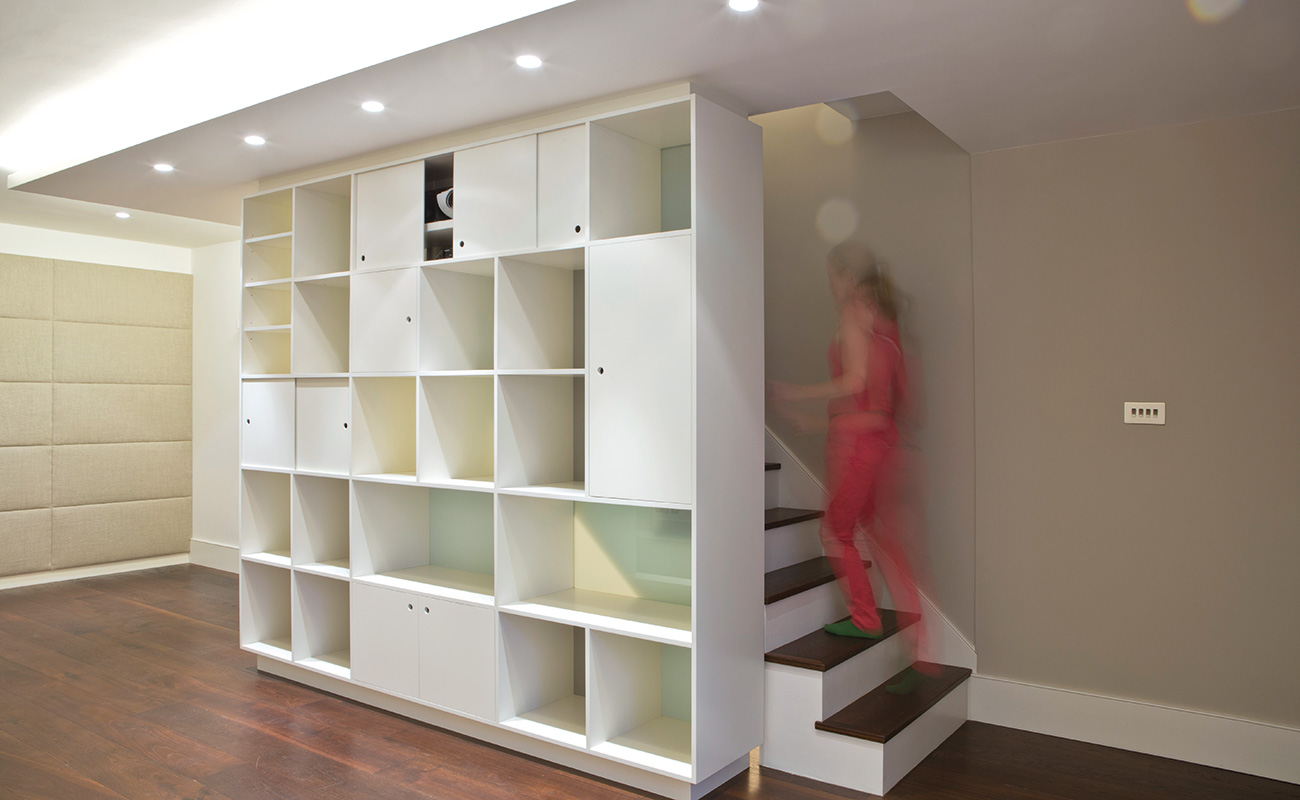 “The Herringbone tiles the client originally liked would have been three times the cost,” admits Jennifer. “Fortunately, the client was great at finding more cost effective and creative solutions and, because they weren’t going to be living in the house, time wasn’t necessarily a factor.”
Ditto the kitchen cabinets which “aren’t as cheap as Ikea carcasses but aren’t super high end either – we had them made from MDF and sprayed with lacquered paint”.
The perennial issue of what to do with the “darker internal room” was solved by creating a dramatic central lobby. This light filled book-lined haven now doubles as an entrance hall, library and additional living space.
“The idea with the renovation was to provide as flexible a space as possible, so that tenants can make the house work for their needs. This central room can be used as a study area, music room or den, whatever the family needs.”
The other major addition occurred in the small loft space where a new bedroom suite was added. Because of height restrictions imposed in London, the couple was unable to go up with the build. Instead, Jennifer got clever with the mansard roof addition, which allowed her to slope the roof-line back and install French doors onto a Juliet balcony. “This adds to the sense of light and space,” she says. 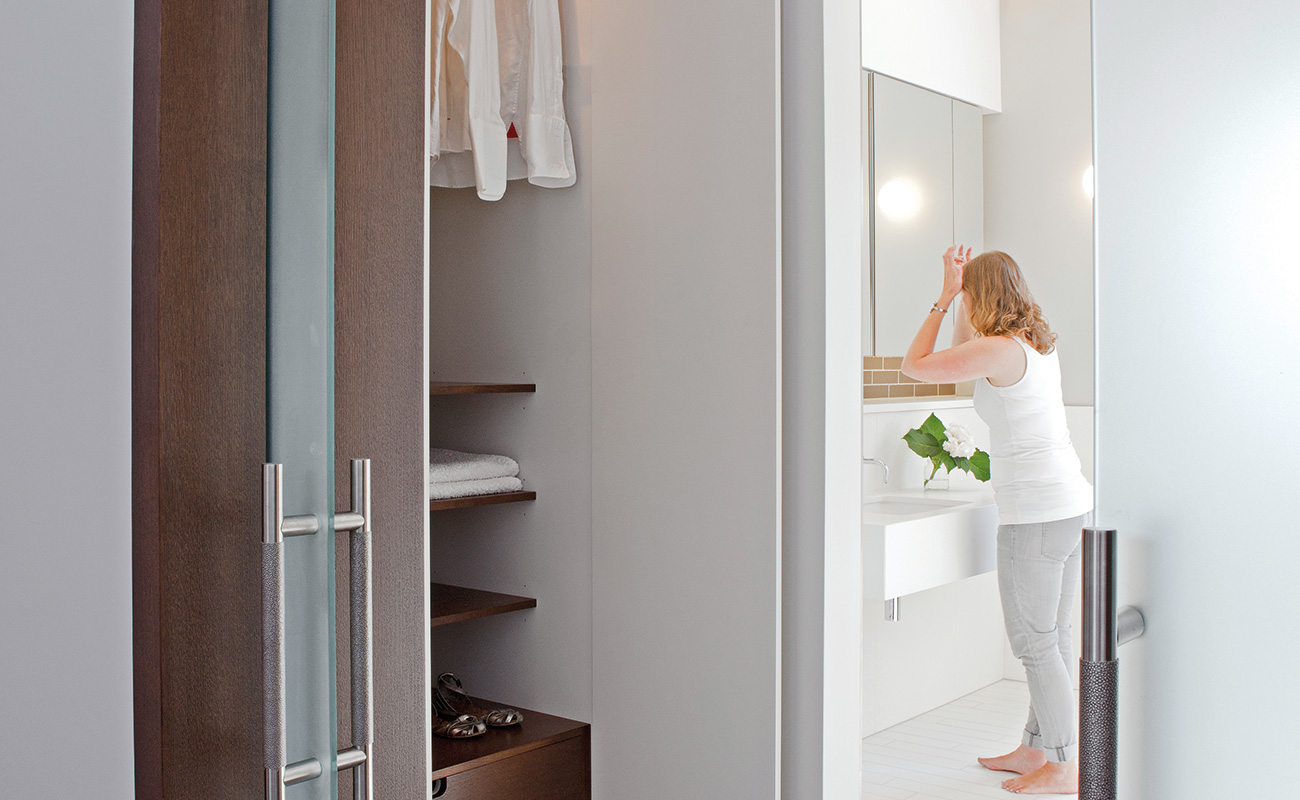 Surprisingly, it only took a year to transform the ugly sister into a modern, six-bedroom 297sqm house. When it came time to decorate, Jennifer and her team opted for a neutral palette with pops of taupe and red. “It’s contemporary but not in-your-face,” she says of the house, which has been rented since it was completed.
The team again employed the ‘less is more’ philosophy when landscaping the back garden. Cedar fencing now wraps around the compact space and tiles extend from the kitchen to create a seamless flow. A pergola was built and raised beds with hardy plants were added.
Jennifer, whose five-year-old practice specialises in renovations across London and the UK’s South East, says she was delighted with the result.
“The building team were fantastic and the clients were a dream to work with. In fact, we are now helping to modernise their new home in Gloucestershire, partly a 16th Century Arts and Crafts style residence, which is proving a lot of fun.”

This article by Sharon Stephenson featured on page 70 in Issue 023 of Renovate Magazine. Renovate Magazine is an easy to use resource providing fresh inspiration and motivation at every turn of the page.

Get in touch if you're thinking about renovating

If you would like to discuss options and ideas for your next renovation project, please use the enquiry form alongside to provide us with your contact details. We will get in touch with you at a time that suits you to discuss your project. If you would like to provide us with more information about your project, we have a more comprehensive enquiry form on our "Get in touch" page too.
*All information is believed to be true at time of publishing and is subject to change. 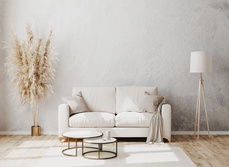 Get Creative with Plastering 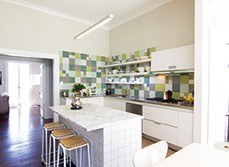 An open kitchen renovation in Parnell 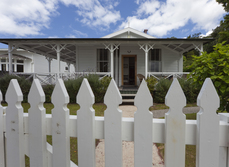 New Law: Loss Ring-fencing - how does it affect your renovation?