These Hastings homeowners decided to work with their local Refresh Renovations Specialists in updating their kitchen and living area. 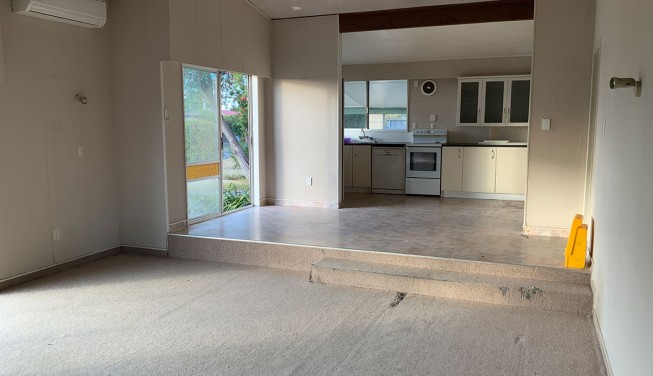 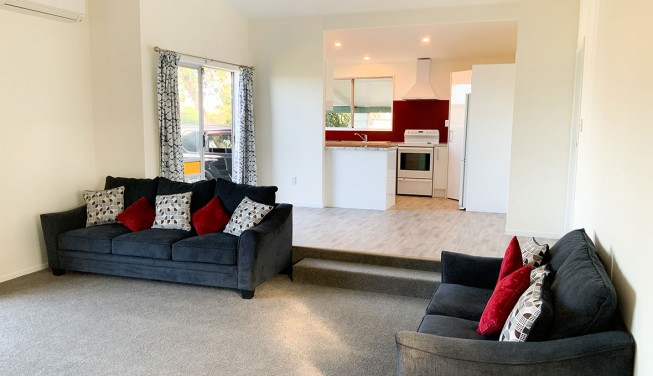 After purchasing a kitchen from Mitre 10, homeowners Dianne and Alan contacted Refresh Renovations Specialists Sophia Roydhouse-Ross and Mike Ross. They wanted professional support in installing their kitchen and brightening up their kitchen’s “popcorn textured” ceiling.
Following an initial consultation, Dianne and Alan decided that it would be best to give their entire kitchen and living area a makeover. Originally, their carpet was coving up the existing walls, the room had dark beams and dated wall lights. Sophia and Mike supported them in creating a plan that would be consistent with the fresh new kitchen they wanted.
They decided to remove their fireplace, reline the walls, add in new carpet and install new insulation. Once the updated plan was drawn up, Sophia and Mike were able to provide Dianne and Alan with a cost estimate.
“We were pleased with your ideas and vision that gave our renovation a more modern and “Refreshed” look - and to a higher standard than was previously imagined”, tells Alan in a recent review. “Most importantly, we want to thank you for the advantage of the realistic pricing, prior to the commencement of our renovation.”
With the design and costings approved, Sophia and Mike scheduled in a team of tradespeople.
“The first 10 days of the project ran like clockwork”, says Sophia. “The kitchen, lounge and dining area were all completely stripped-out. Pre-wiring and pre-plumbing were completed, new insulation was installed and the wall linings were completed just as level 4 lockdown was announced! We called our tradespeople who responded to our urgent request to ensure Alan and Dianne had a semi-functional kitchen during the lockdown period. The new kitchen carcasses were already installed, so we quickly put a temporary bench top on, hooked up some running water, the old oven was rewired in and a couple of lights installed so they could at least semi-use the kitchen space during lockdown.”
As soon as New Zealand returned to alert level 3, the renovation commenced.
“The project came together nicely”, says Sophia. “It was a shame for Alan and Dianne, as what was scheduled to be four weeks took far longer due to Covid-19 restrictions.”
Despite the disruption to their project, the homeowners appreciated the high level of service and concern they received from Sophia, Mike and their team during the change in alert levels.
“Dianne and I want to thank you both so much and are grateful, not only for your professional standards, but also for your concern and loyalty during our renovation experience”, expresses Alan. “Dianne and I were very fortunate to have you both as our project managers, organising Registered Master Builders for the renovation.”
Thanks to their new insulation, an added benefit to their now completed renovation is the warmth that they have been able to experience over the colder months. The original ceiling was battened and gibbed over (to avoid asbestos exposure) and the new carpet installed.
“Alan and Dianne cannot believe how warm the room now feels”, tells Sophia. “The fresh ceiling and paint colours throughout has made the space feel so much bigger and lighter than it previously was. The clients were delighted with the results.”
Alan confirms this in his testimonial, concluding:
“We have the privilege to know you both as passionate and resourceful renovation leaders and look forward to our next renovation project together. Our sincerest and deepest gratitude.” 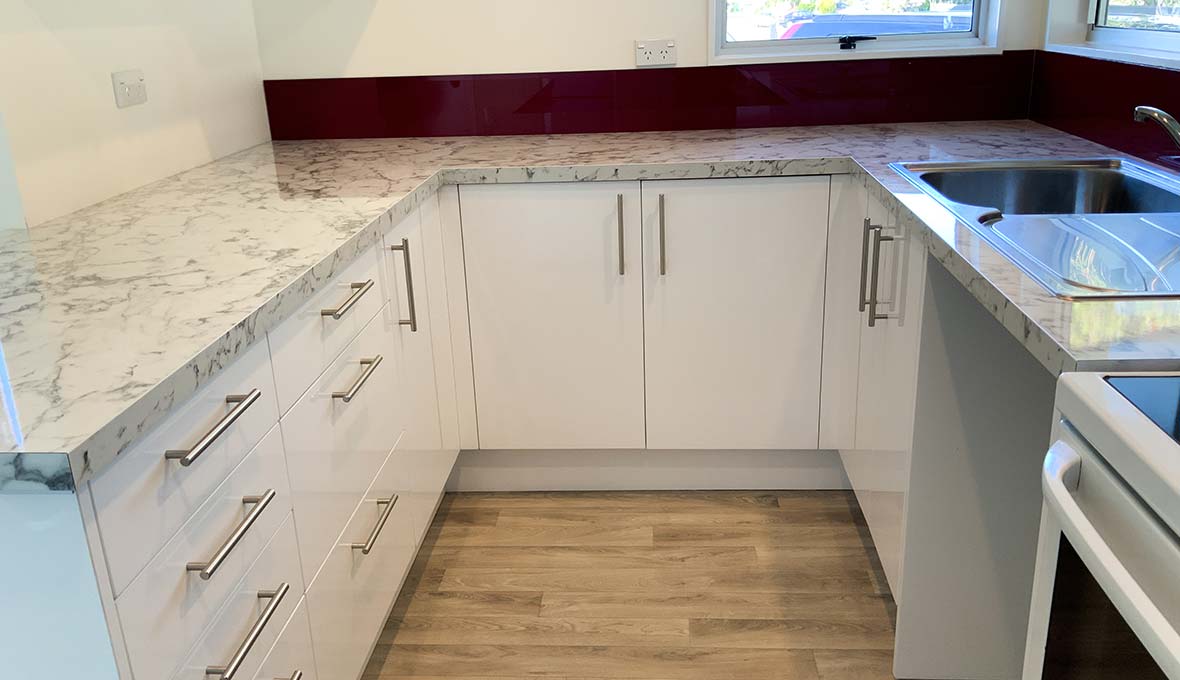 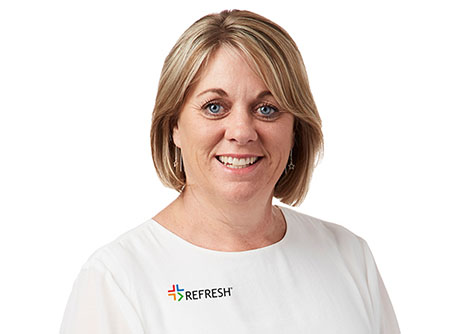 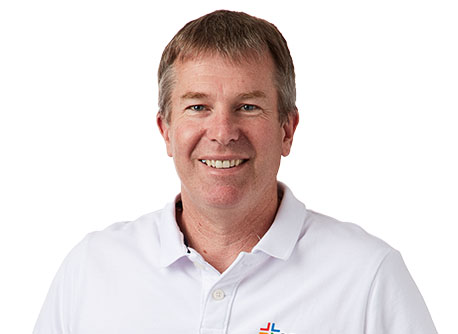 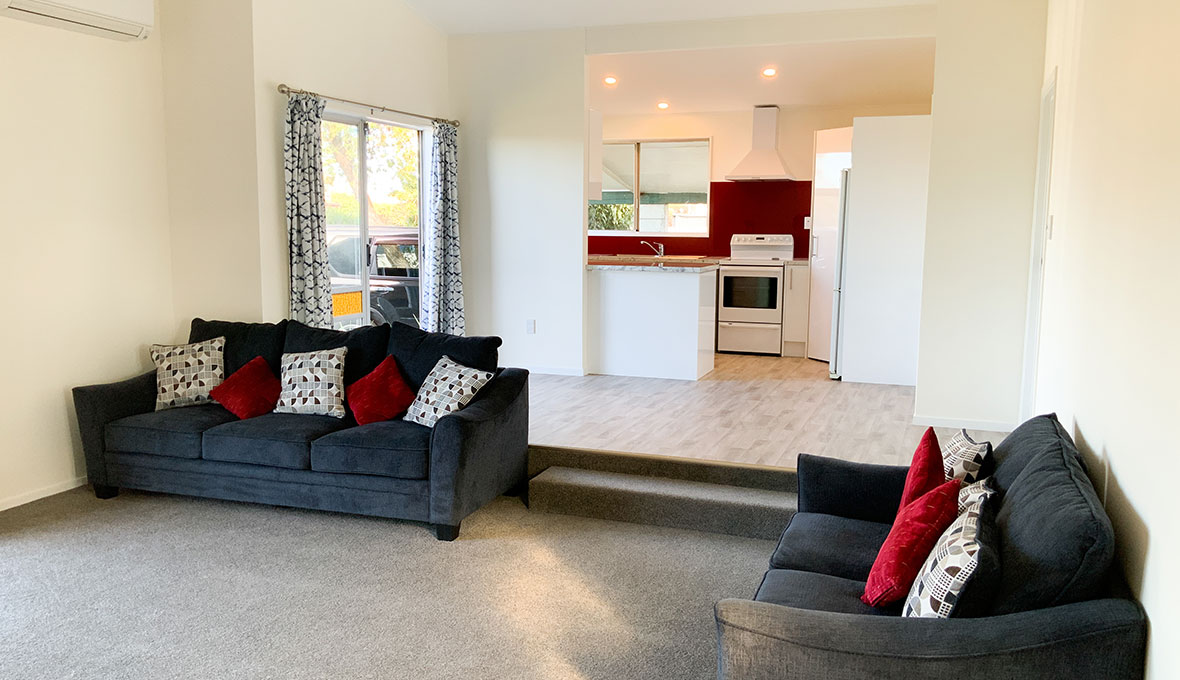