To give each child a room of their own, this family home needed an extension and more functional layout. 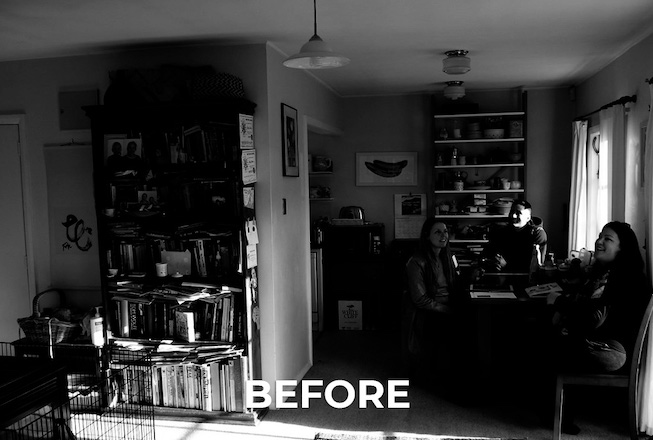 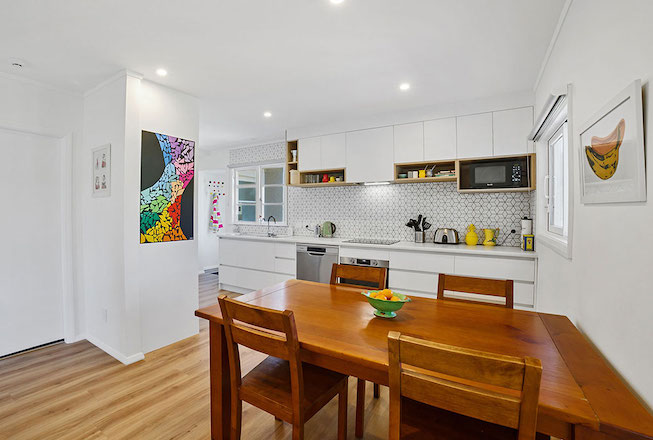 The Johnsonville suburb of Wellington grew rapidly between the 1930s and 1950s with the construction of over 300 state houses, many of which are still standing. One such home belongs to clients of Renovation Consultant, Lia Boersma. When they needed expert assistance to turn their two-bed 1940s dwelling into a modern four-bedroom family home, they got in touch with Refresh Renovations.
Top of her clients’ renovation wishlist was a bedroom for each of their children. They also told Lia they wanted the home to have a more functional use of space. However, it wasn’t practical to make these changes within the existing structure, so the homeowners had decided to build an extension.
Working closely with her clients, and following the Refresh five-step renovation process, Lia brought their vision to life. During the initial consultation, Lia’s clients had laid out their goals which included alterations to some interior walls and a new kitchen. However, the extension took priority.

At $400,000, the renovation budget was realistic and incorporated the new kitchen. With the scope of the project finalised, the homeowners looked over the concept designs and opted for a few variations, bringing the final cost of the project to $415,000.

Once Lia obtained the required council consent, the project was ready to move forward into the build phase.
Lia’s Project Manager, Danielle Paul, oversaw the entire construction process, which included renovating the kitchen, building the extension for more living space, relining nearly the entire house interior, new plaster and painting, and the installation of new flooring. They also solved drainage issues on the property by installing a slow-release, slim-profile water tank to control the outflow of water so as not to overwhelm storm drains.
The plan was to build the extension before renovating the interior, but when wet weather posed difficulties the crew shifted inside to keep to the project timeline. The family remained in the home until it came time for the new kitchen and layout adjustments. When the family vacated the property, the team worked to finish the rest of the renovation as soon as possible. All up, the project took 19 weeks.

The kitchen had initially been considered a secondary project, but its standout design places the room front and centre. Principles of Japandi style are evident throughout the kitchen with handleless cabinetry, exposed timber shelving, a mostly white colour palette, and texture in the splashback. With ample storage space and a functional layout, this beautiful new kitchen is ideal for the family home.

Taking on a renovation as complicated as this would have been challenging even for the most seasoned DIY-er. But with Lia and Danielle working on their behalf, the homeowners could go about their lives without worrying about what was going on behind the scenes. The extra space and better layout have significantly improved the family’s daily living and the team is happy with the results, citing the geometric tile work in the kitchen as their favourite aspect. 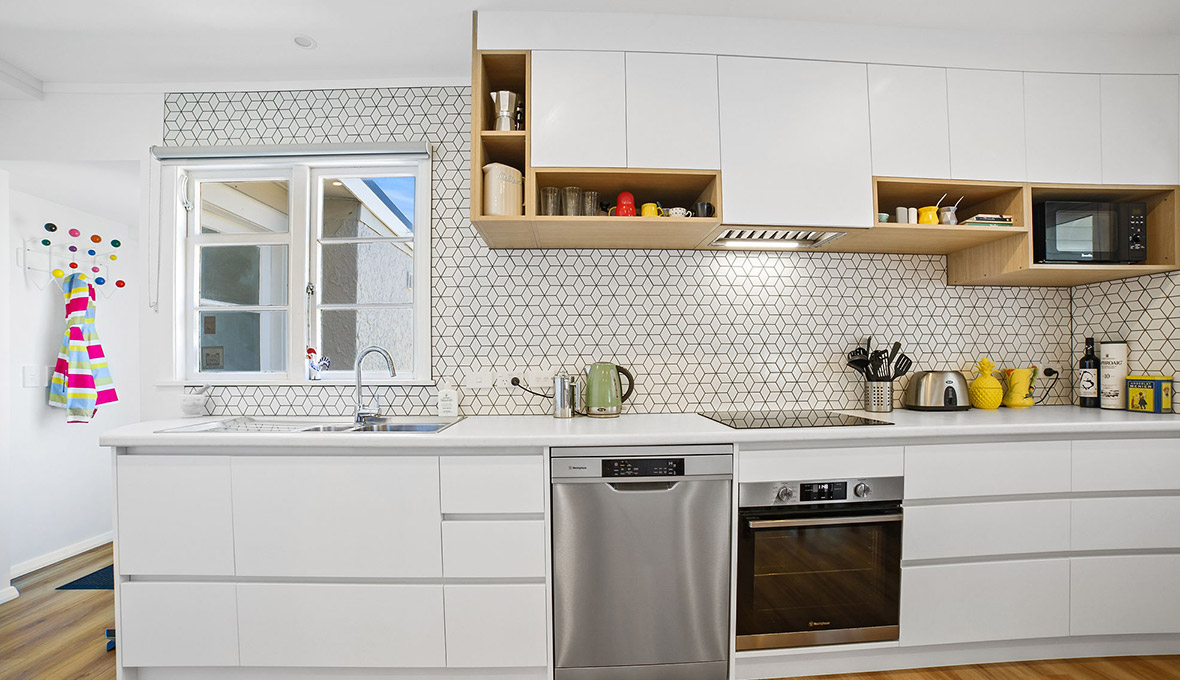 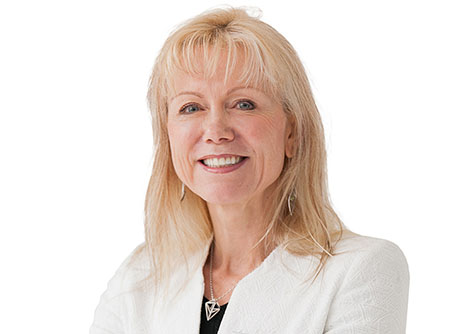 Lia Boersma is a Renovation Consultant of Silkworm Ltd, a franchisee of Renovation Franchise Ltd, doing business in Wellington. 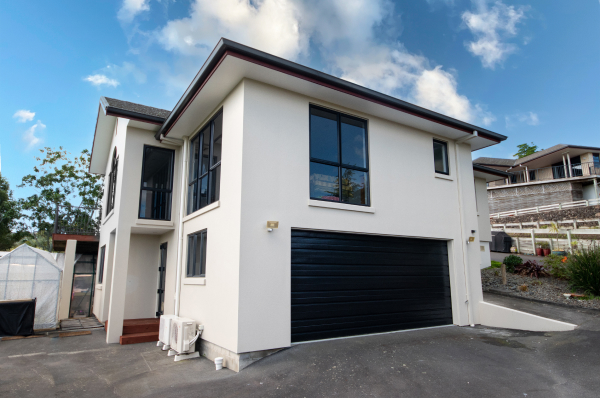 December 14, 2022
A Stylish New Look Inside And Out In Tauranga, Bay Of Plenty 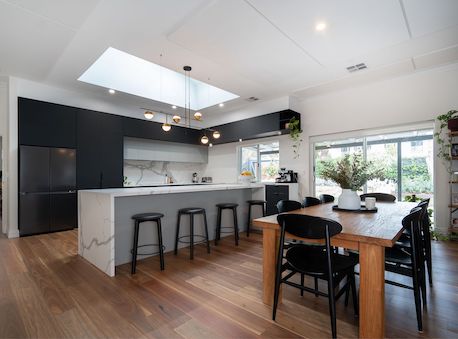 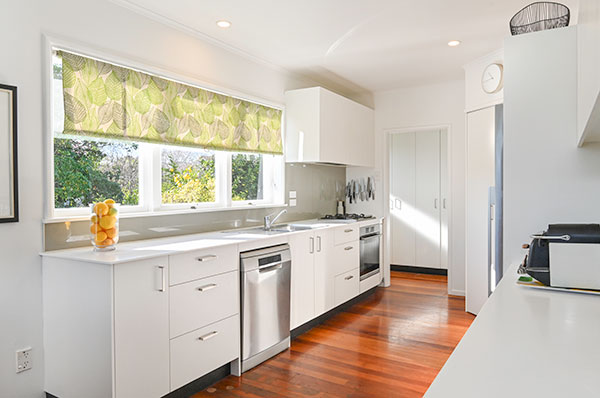 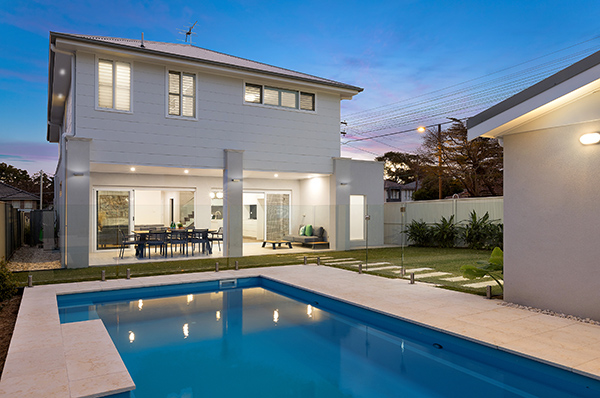 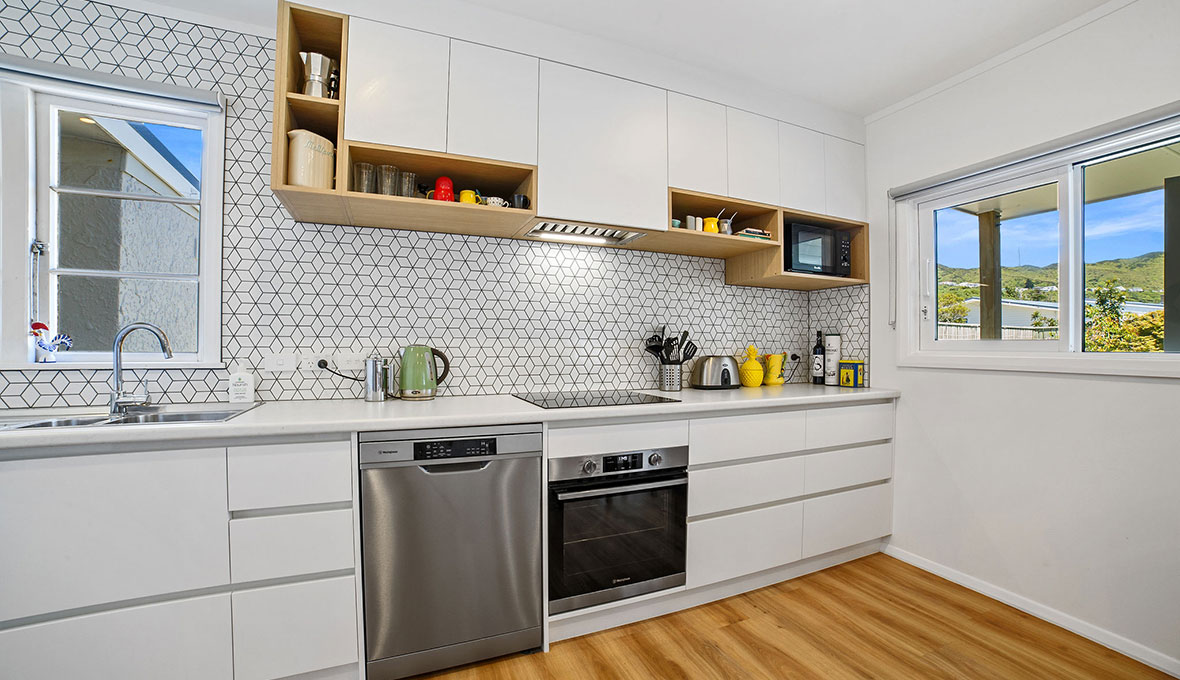 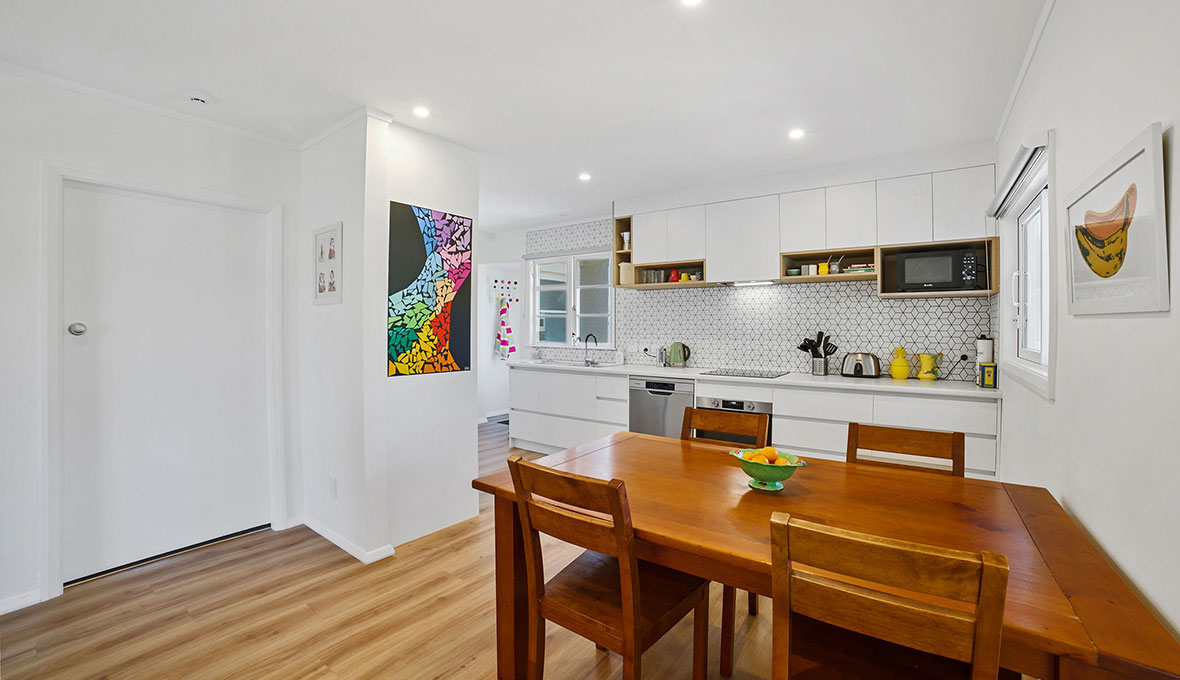 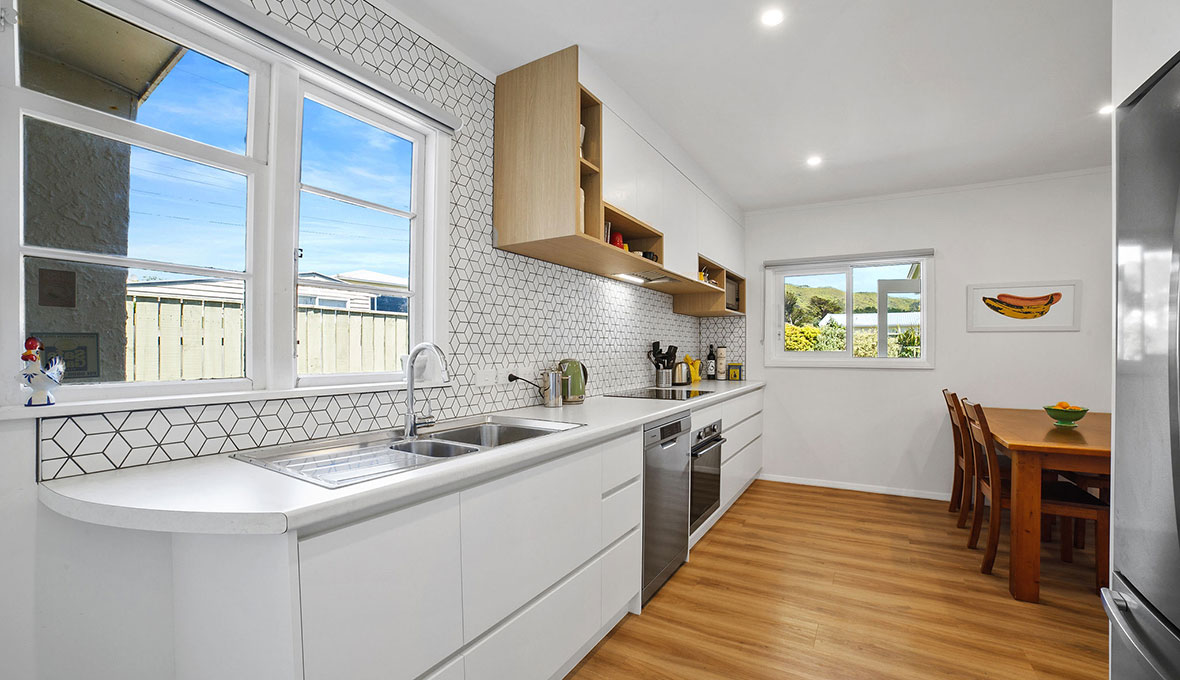 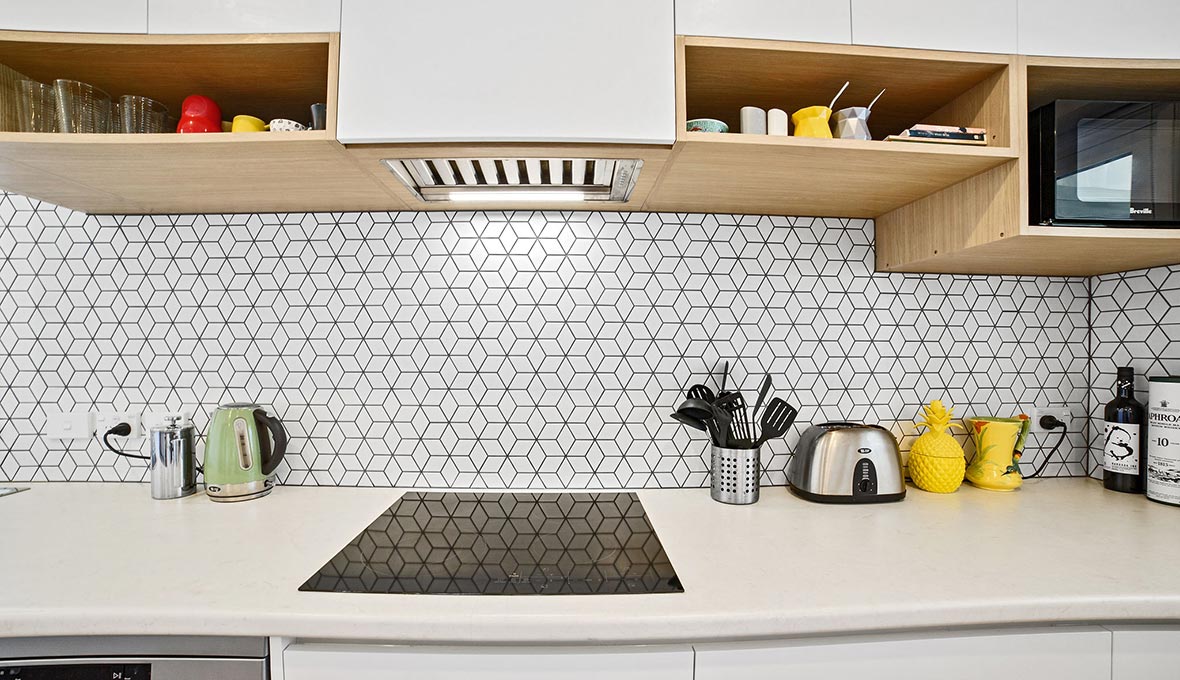 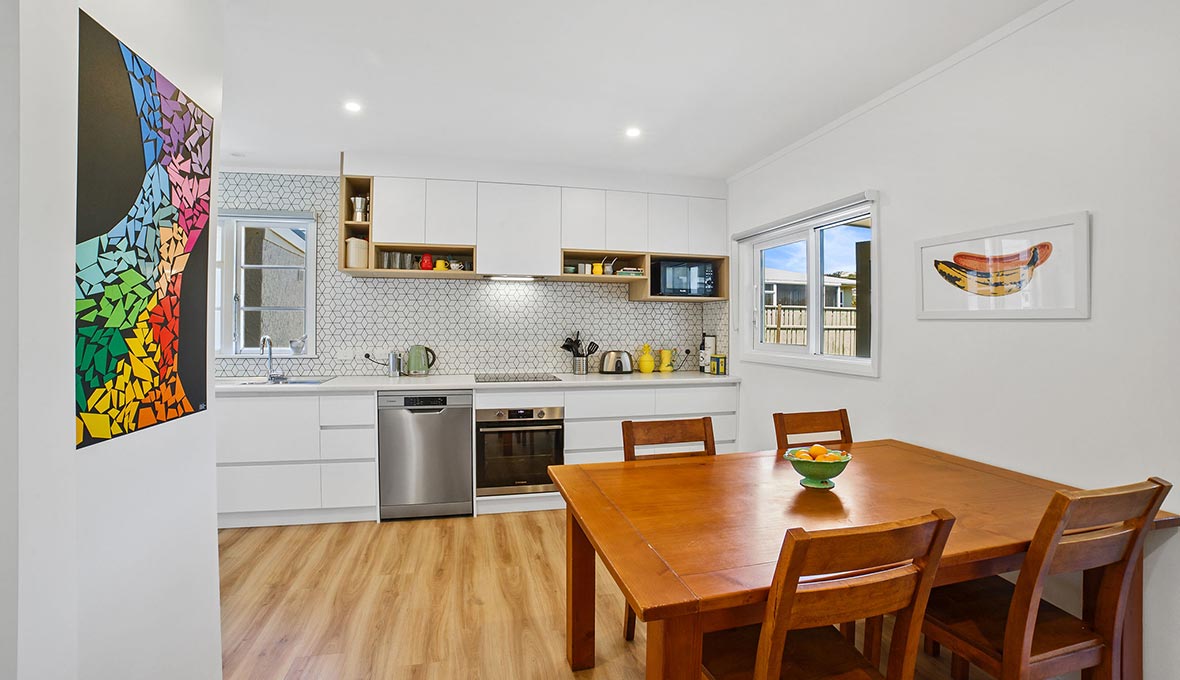 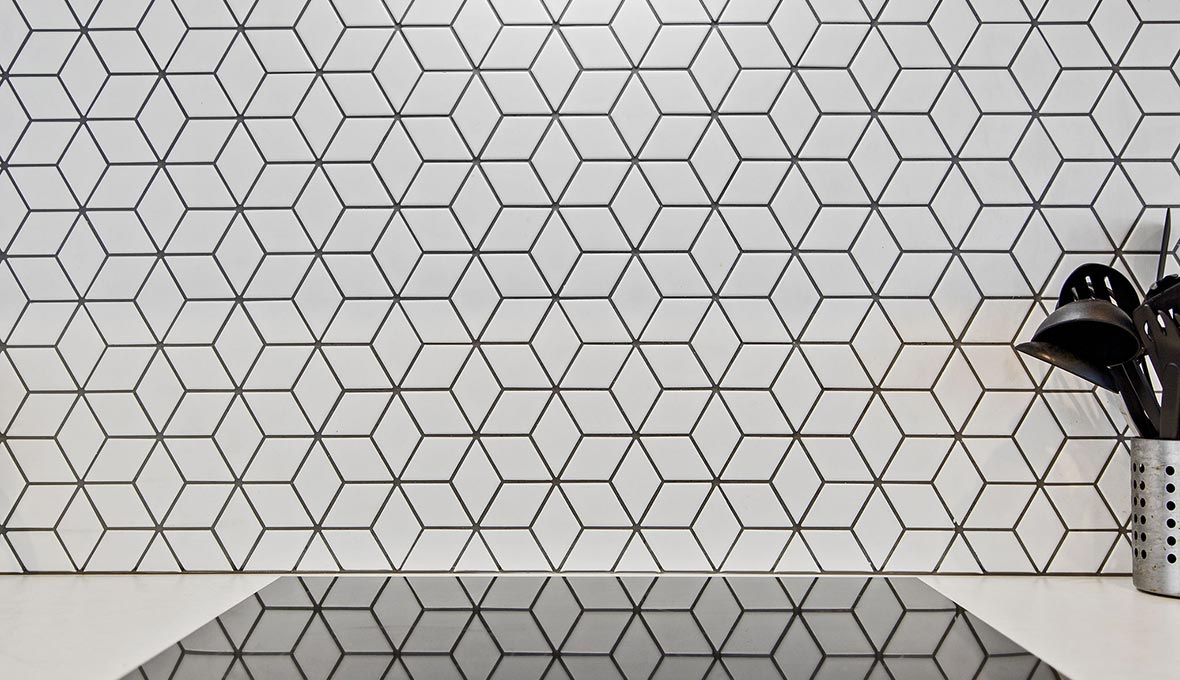 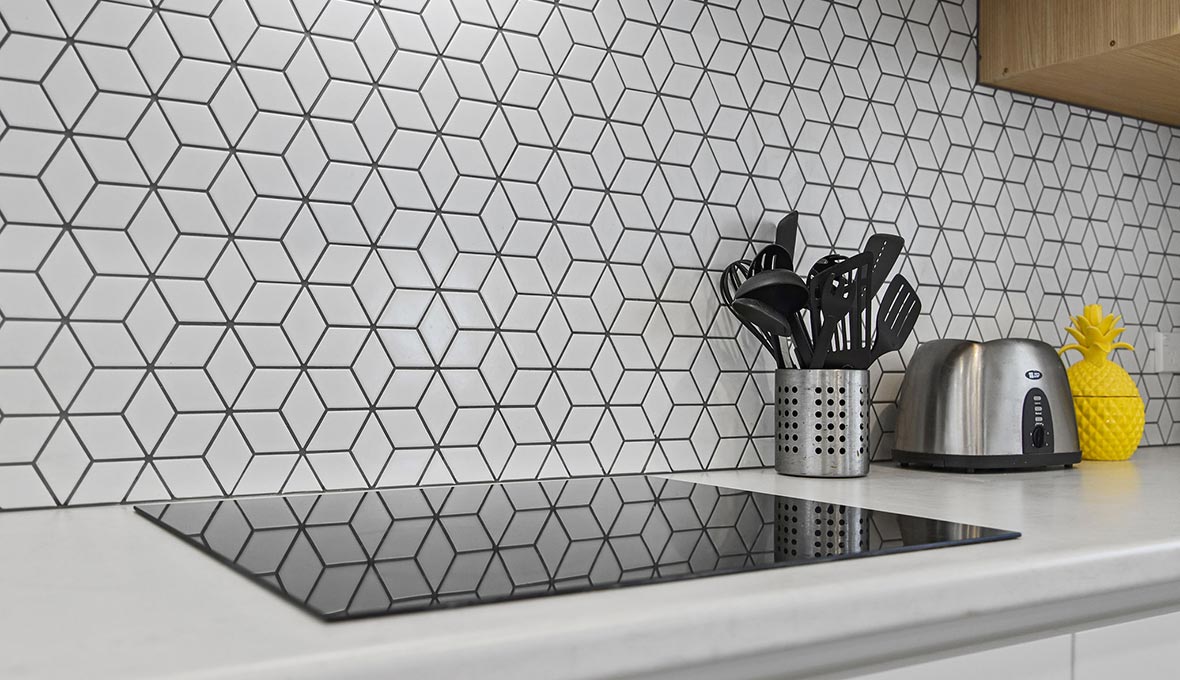 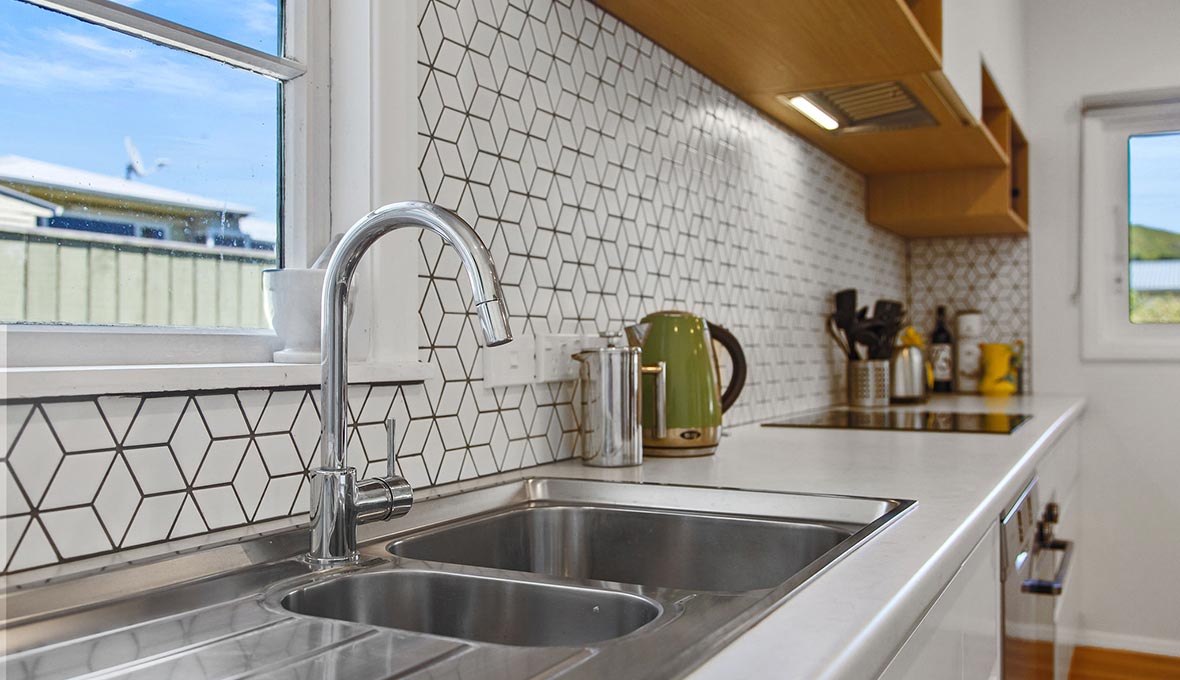 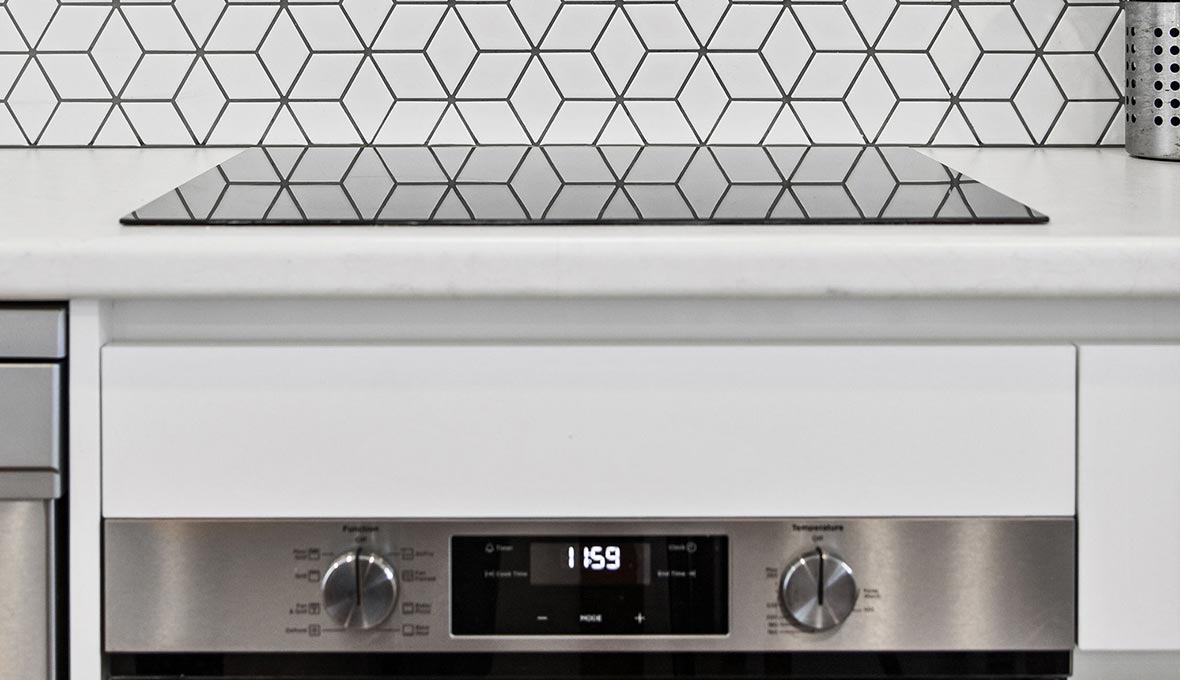 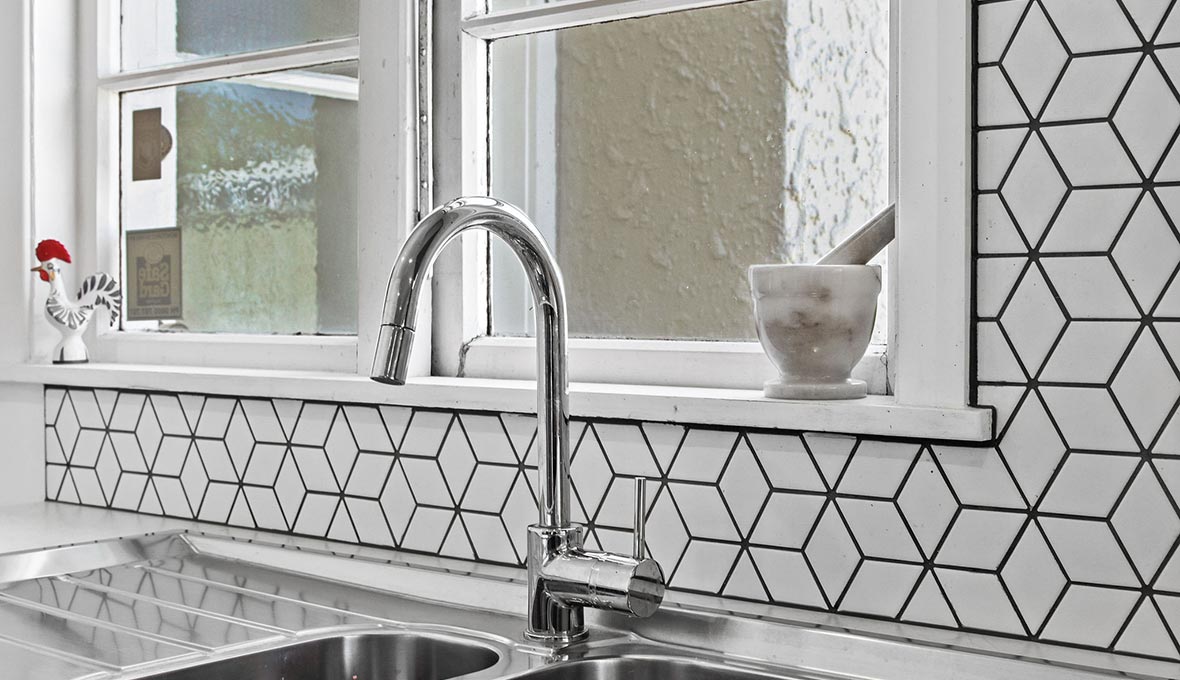 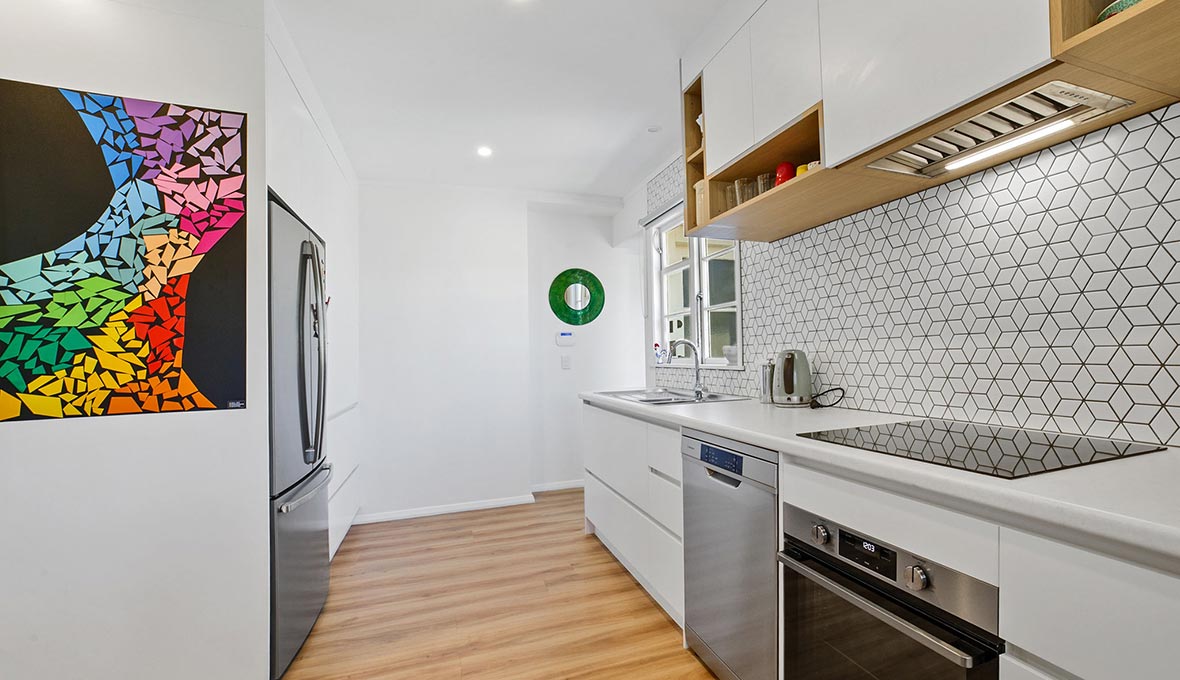 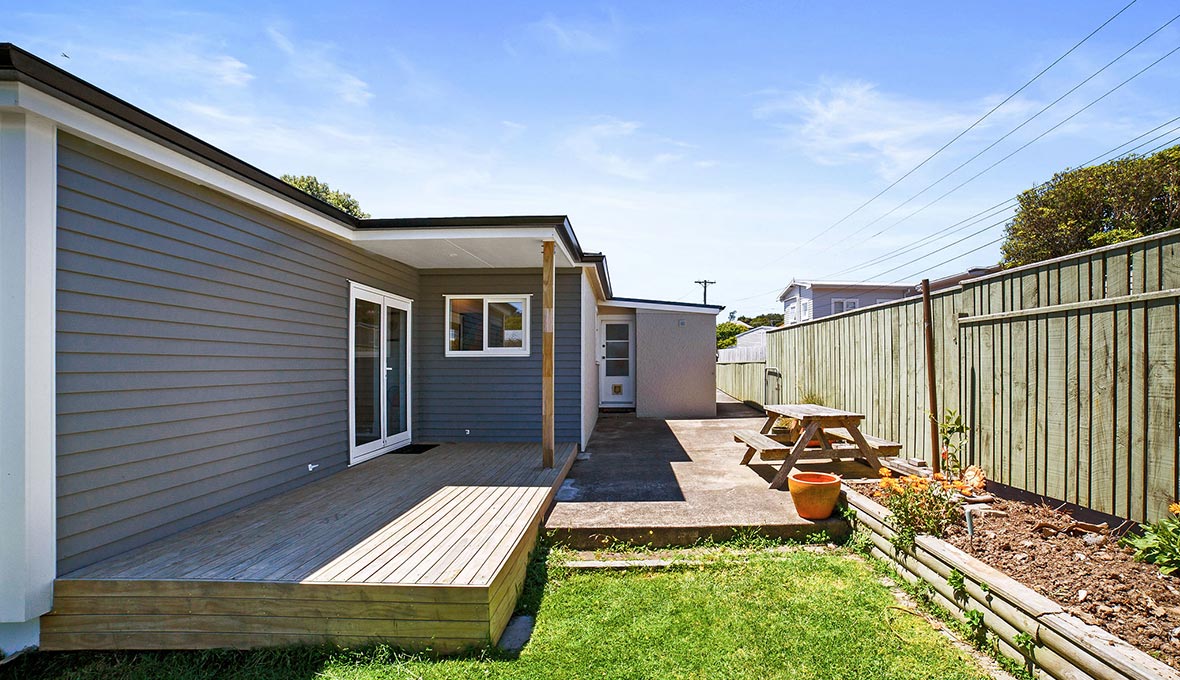 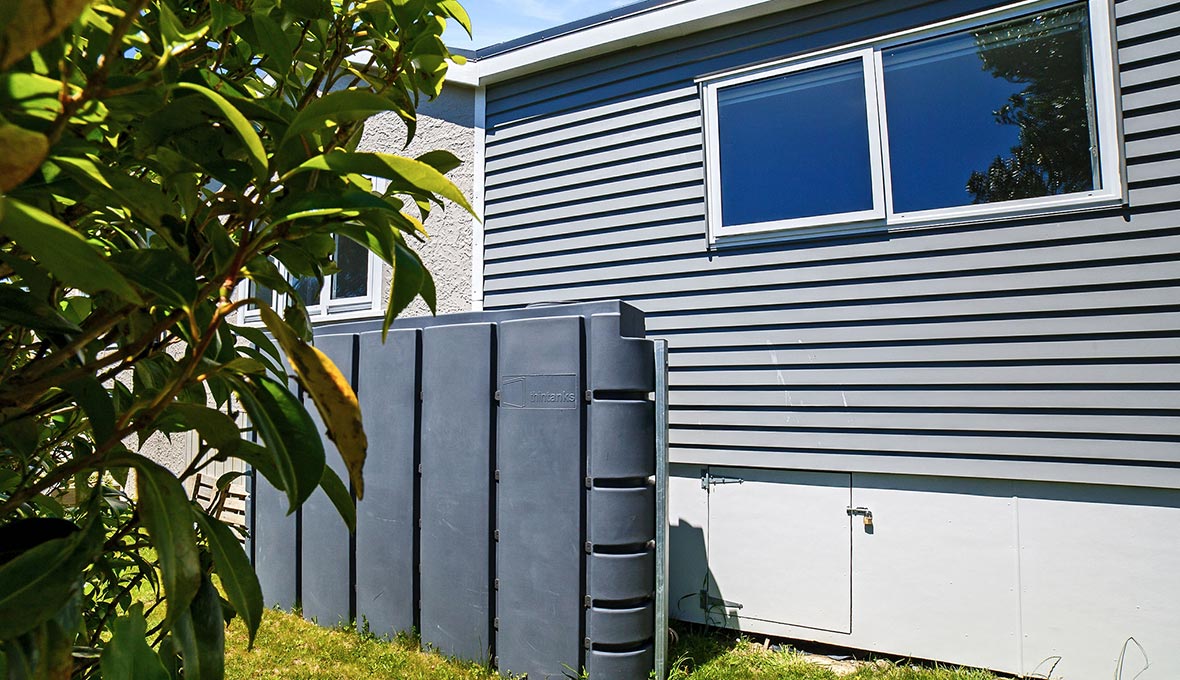 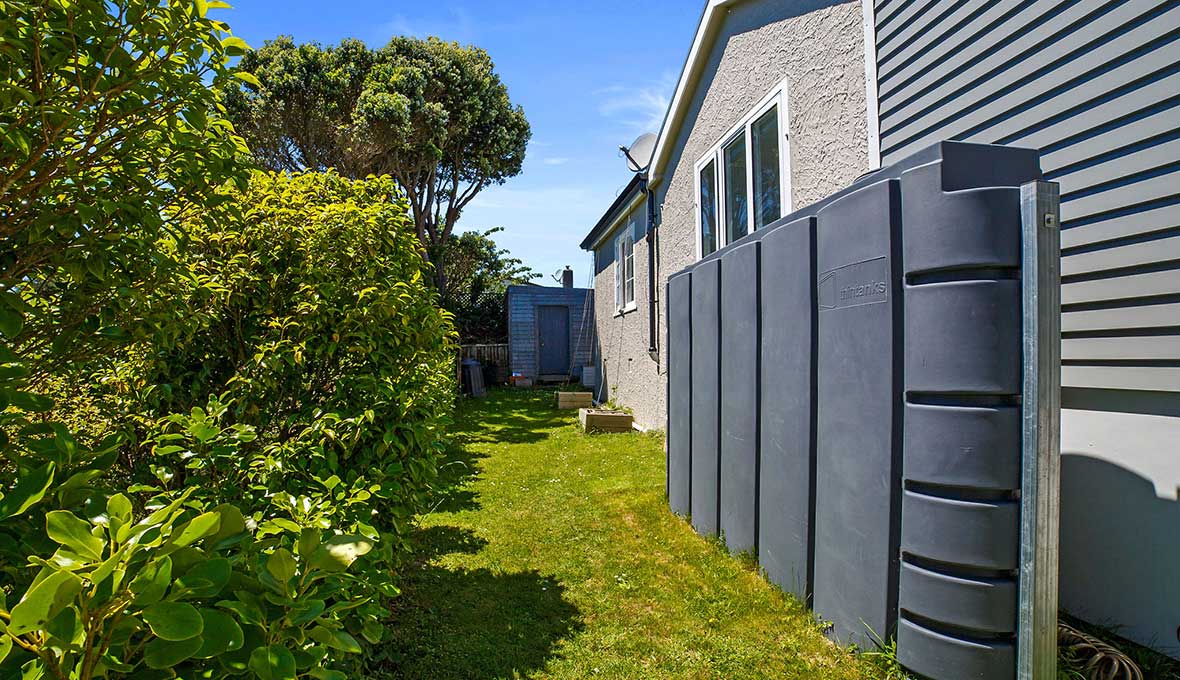 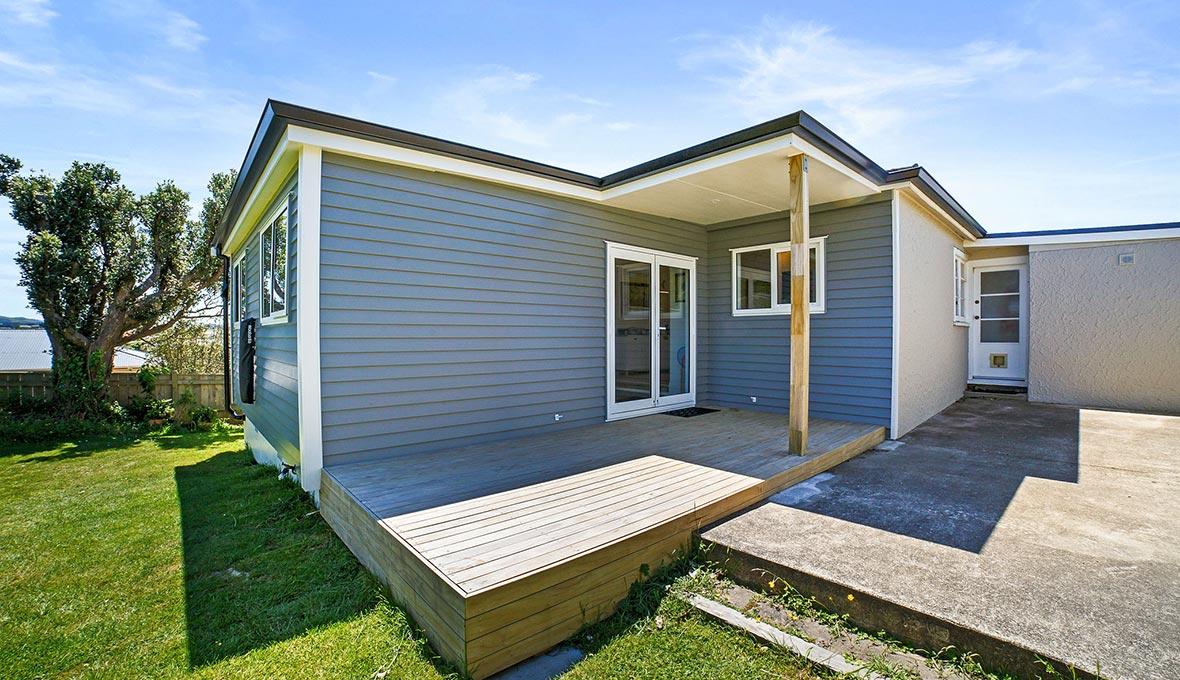 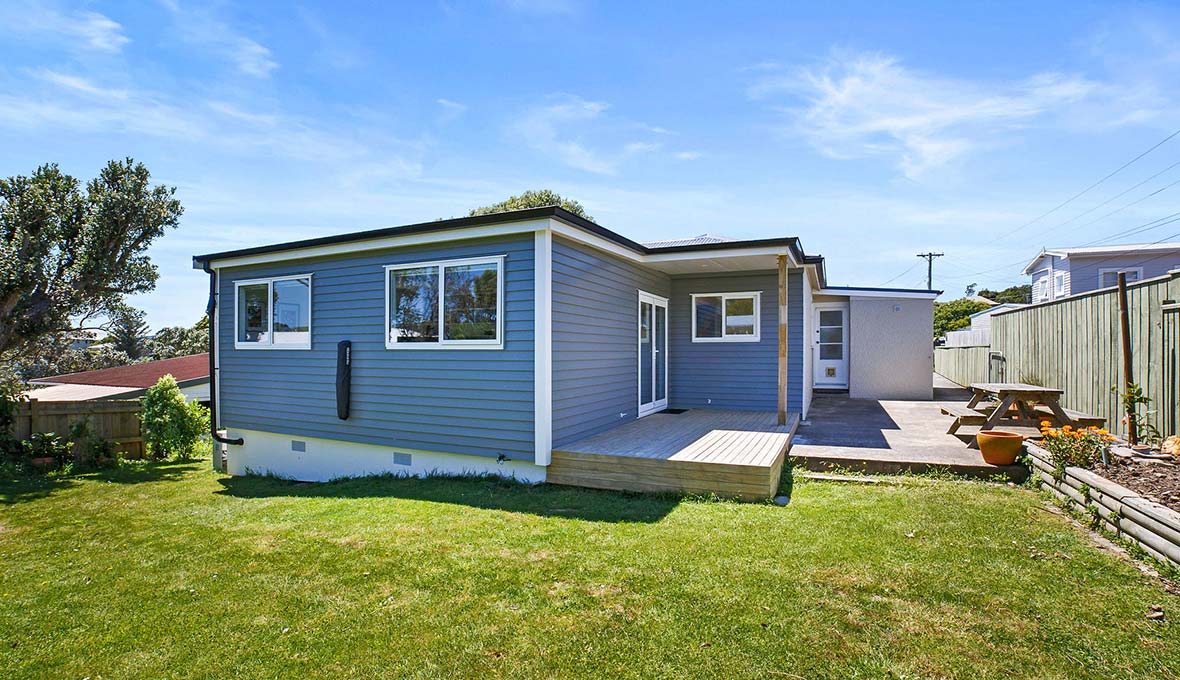