Just in time to make the most of summer living, a conventional family home upgrades its kitchen, creating a lighter, airier space which spills out through French doors to meet a brand spanking new deck...
Roger Walford and Miriama Scott’s rambling family home has had so many former lives and facelifts, it is hard to define exactly, the era in which it was first built. By the time the couple moved in, the previous owner had recently converted the 1915 villa from two flats back into a single dwelling. Today the honey-toned kauri floorboards are among the few vestiges left in this early homestead. After a decade raising their three growing children the couple undertook a major renovation in 2004, managing it themselves. “As our children started moving into adolescence we thought they needed their own space,” says Miriama.
Utilising the existing high roofline they added another floor, and it was this renovating stint which taught them much about the pitfalls of self-managed building projects. 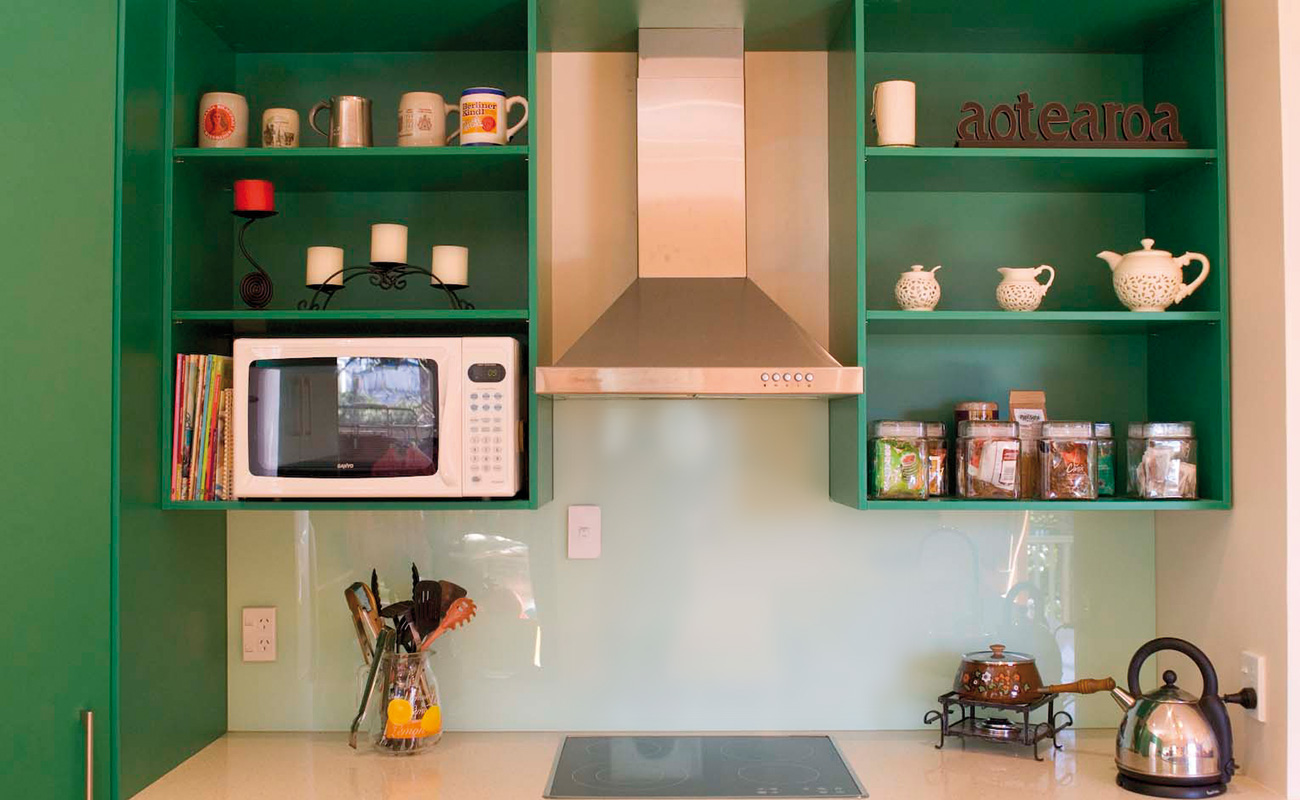 best of all, everything was completed on time

The kitchen was the focus point for the remodel. Its position at the heart of the home remained unchanged and as kitchen designer Yasmin Travis thought it had a really good flow, the layout stayed within the footprint of the original. The family sat down with Yasmin’s concept plans and then Miriama’s nephew Michael and fiancé Kylie, brought their design flair to the table. “Together they essentially came up with what we have now,” says Miriama.
The first thing to go was a half wall counter that cut the chef off from the rest of the living area. In its place an extended ‘Beach Iceberg’ bench top, from the Diamond Stone Granite Workshop, doubles as a breakfast bar. The effect has created a lighter, airier space throughout the living areas, with clear sight from the kitchen to the lounge and on through the French doors to the deck. Everyone agrees that the bench is a great place to sit and the openness has improved household communication. An Aquatica ‘One and a half bowl sink’, an Aqualine basket waste, and a chrome Echo Minimalist Goose-neck sink mixer complete the contemporary clean line of the kitchen’s work surfaces.
After much discussion about tiling the cooking wall, our project manager's suggestion to source a ‘Frangi Flower’ coloured, glass splashback from Birkdale Glass, met with whanau approval. The effect ties in with the glass stovetop and Miriama is relieved. “I wasn’t so keen on keeping the tiles’ grout clean!” she says.
The couple’s daughter, Pirihira, chose the colour scheme for the kitchen. The ‘Memphis Green’ cupboards and pantry doors complement the blue walls found upstairs. “It’s a theme that is based around the Papatuanuku and Ranginui korero,” says Miriama.
“At first we were apprehensive because it’s a strong colour,’ admits Roger, “but it’s a colour that grows on you.”
Roger and Miriama were keen to keep the warmth of the rimu veneer on the old kitchen cupboards but after searching high and low for a similar surface they finally settled on a tawa finish for all the below bench drawers. The natural timber look softens the reflectivity of the previously purchased stainless F&P appliances, and blends seamlessly with the freshly polished kauri tongue and groove floorboards.
Michael and Kylie sourced the above-counter drop lights and ceiling halogens from Lighting Direct. The illuminations follow through to the dining area, and separate dimmers allow for kitchen work areas to be lit without compromising dining intimacy. 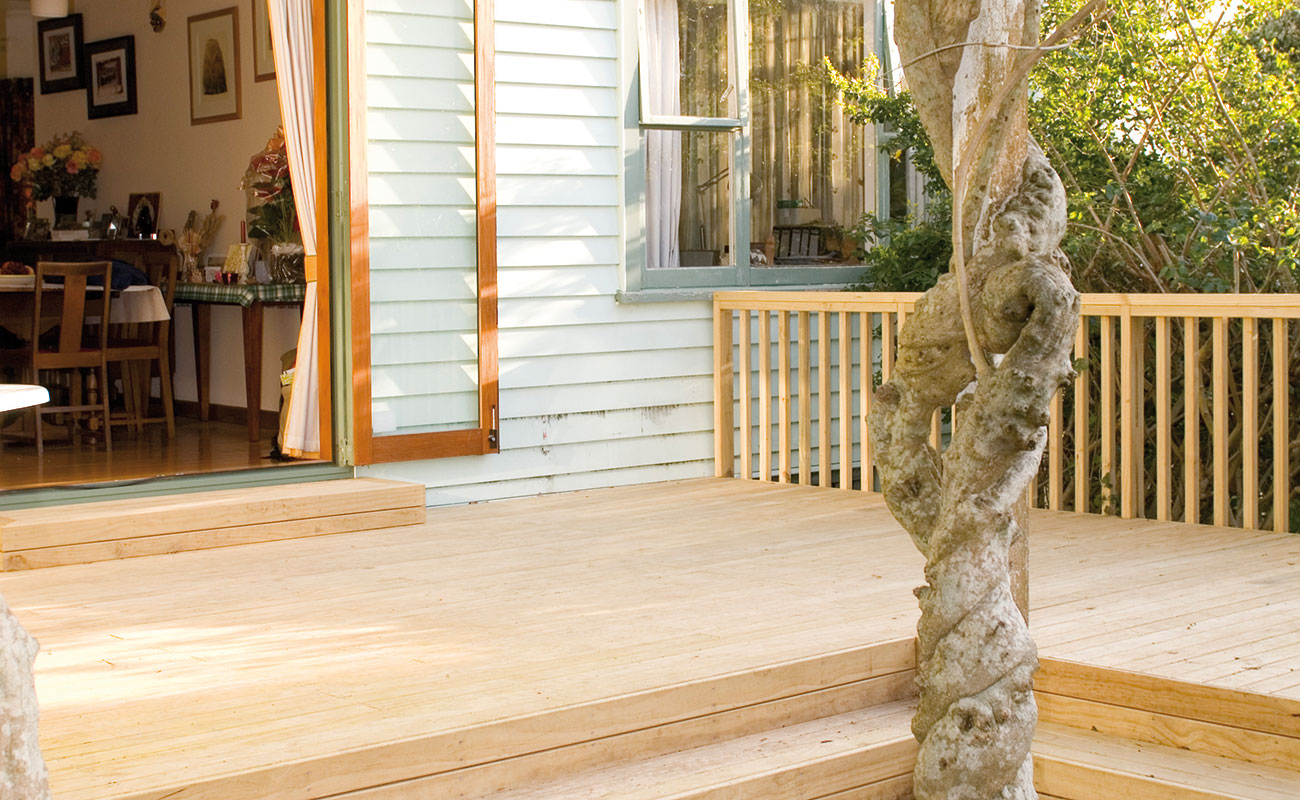 Outside of the dining room, French doors once led to a patio which had long since sunk; its stones were cracked and the sleepers rotted. Roger and Miriama desperately needed a new outdoor living area and a better indoor-outdoor flow. “We had a sense of what we wanted for the deck. The builders suggested what they thought would work best for the flow; we agreed and they went for it. The result is just great!” says Miriama.
The resulting 3.5 x 6 metre pine deck is built between an old cherry tree and a decades old wisteria that rambles over an existing pergola. The dining room and a large sunroom can be accessed from the deck area. Three lengthy, L-shape steps lead down to the lawn, where an impressive magnolia takes centre stage in their established garden.
“While nothing major changed structurally, the revamp of a tired, hemmed in kitchen and the building of a new deck employed most of the trades.”
Then there was that hole in the ground. “Originally we wanted to match the pavers in front of the entrance arch,” says Miriama. However, landscaper Robert Hindell talked with them about the usefulness and long-term durability of various products; he found their existing pavers were not only very expensive but also easily breakable.
The couple then sourced Firth ‘Autumn Leaves’ pavers with ‘Warm Earth’ edges and drew up a plan to create continuity between the old and new areas. Rob was impressed by their input and ran with it. The new paving now links the double garage and the rear entrance of the house with the washing line, lawn and tropical garden in the northeast aspect of the property.
Miriama and Roger admit they did run over budget because they decided to also get some extra electrical work done, but overall they are chuffed with the results and the workmanship.
“We have built real relationships with everyone who came on site,” says Miriama. “If we weren’t happy or felt something needed adjusting, our Refresh project manager stepped in to help. And best of all, everything was completed on time.”

This case study by Jason Burgess featured on page 52 in the Summer 2012 issue of Renovate Magazine. Renovate Magazine is an easy to use resource providing fresh inspiration and motivation at every turn of the page.

If you would like to discuss home renovation options for your next renovation project, please use the enquiry form on this page to provide us with your contact details. We will get in touch with you at a time that suits you to discuss your project. If you would like to provide us with more information about your project, we have a more comprehensive enquiry form on our "Get in touch" page too.
*All information is believed to be true at time of publishing and is subject to change.
See More Auckland Renovation Projects
See Our Testimonials 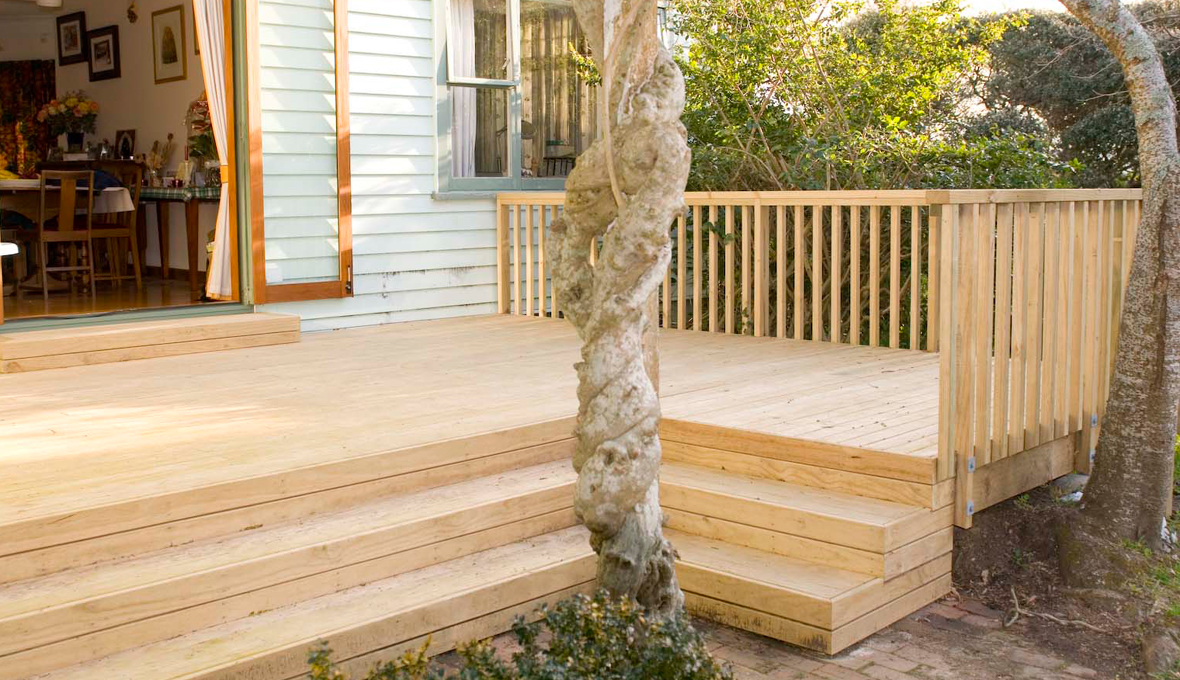 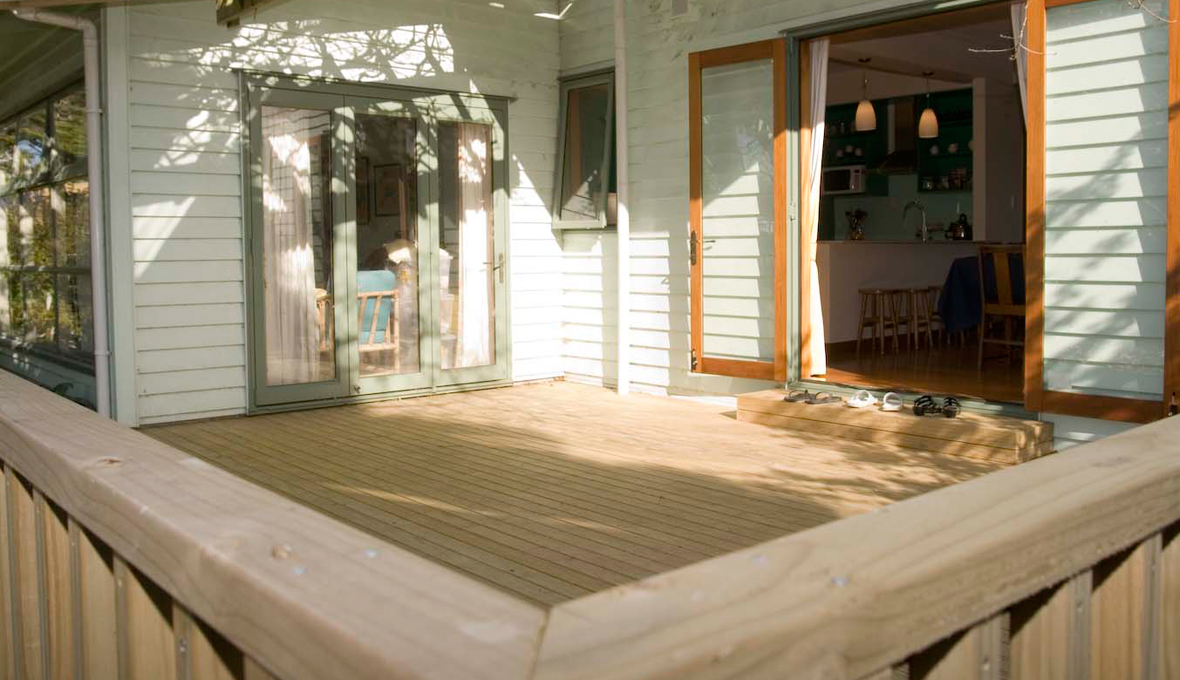 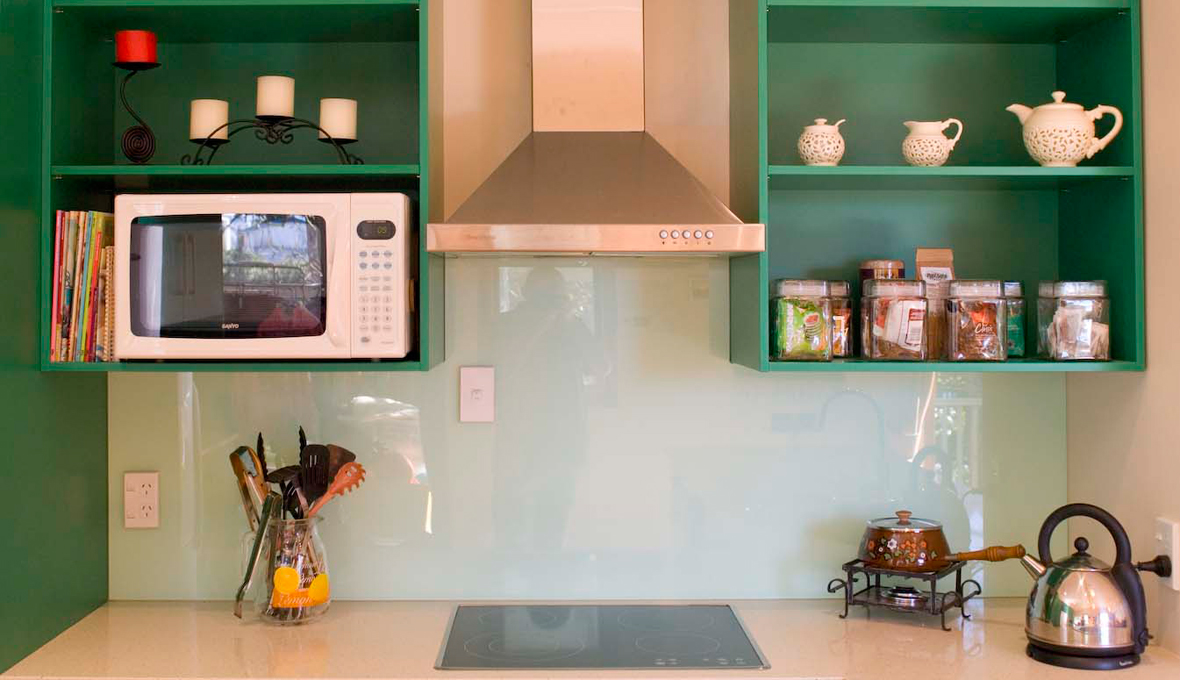 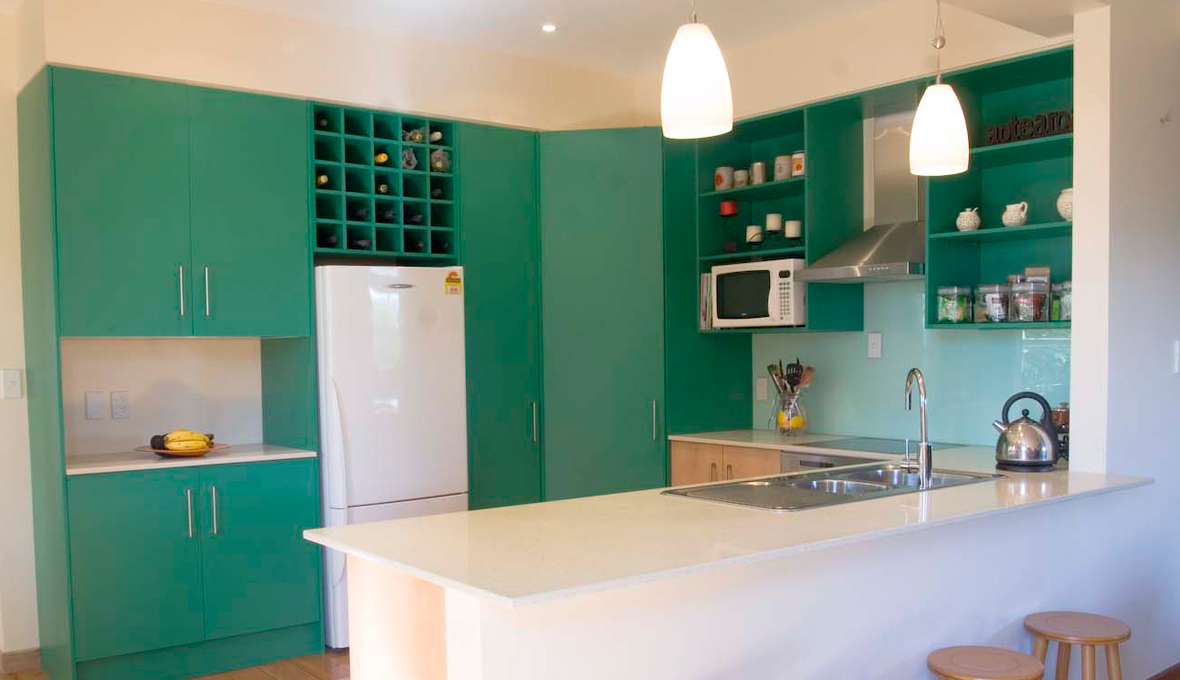 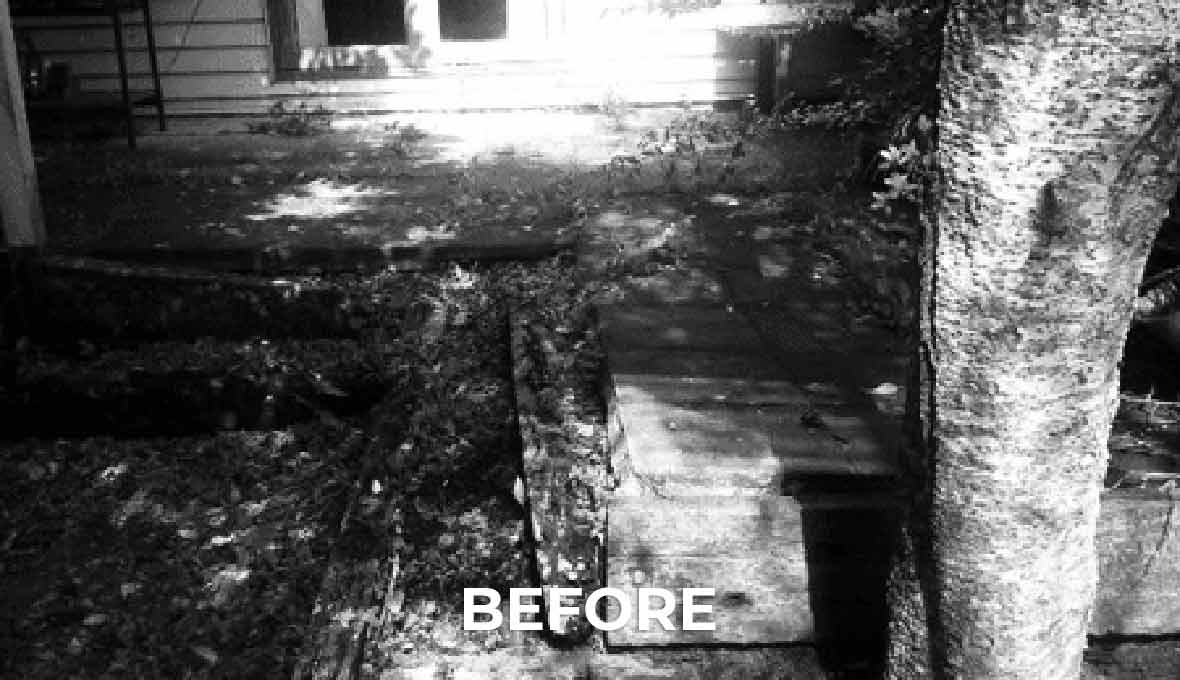