Homeowner Matt wanted to renovate this 1936 Californian Bungalow to create more open space that made use of the sun. 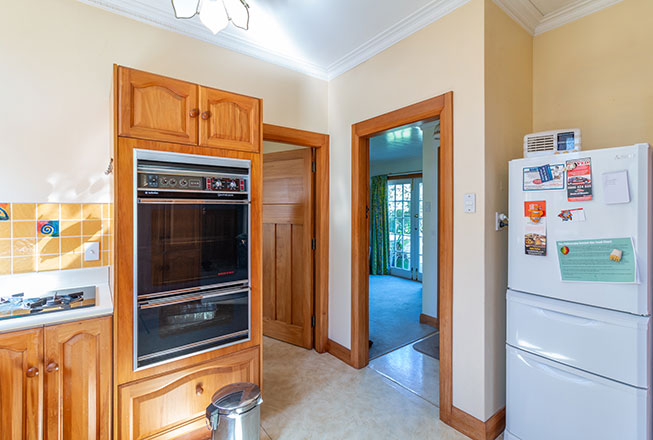 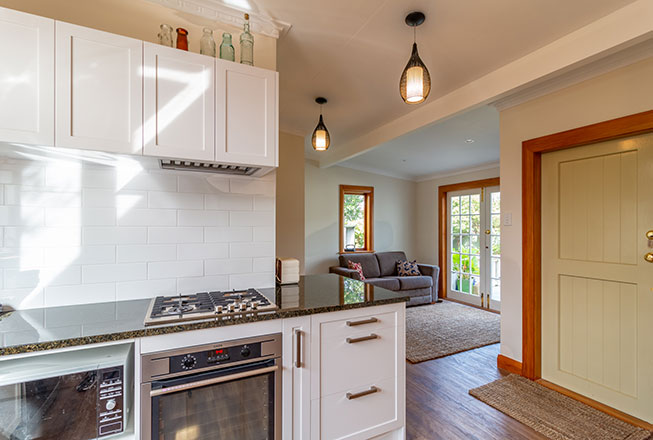 In this 1939 Californian bungalow in Wellington’s Upper Hutt, various renovations had been done over the years with the latest sometime in the 1970s. The rooms were disconnected and dark, with windows in places that didn’t make the most of the sun.
The kitchen and laundry were cramped areas where space was an issue. In the kitchen, Rimu cabinetry was in a “shocking state” homeowner Matt Ramakers says. 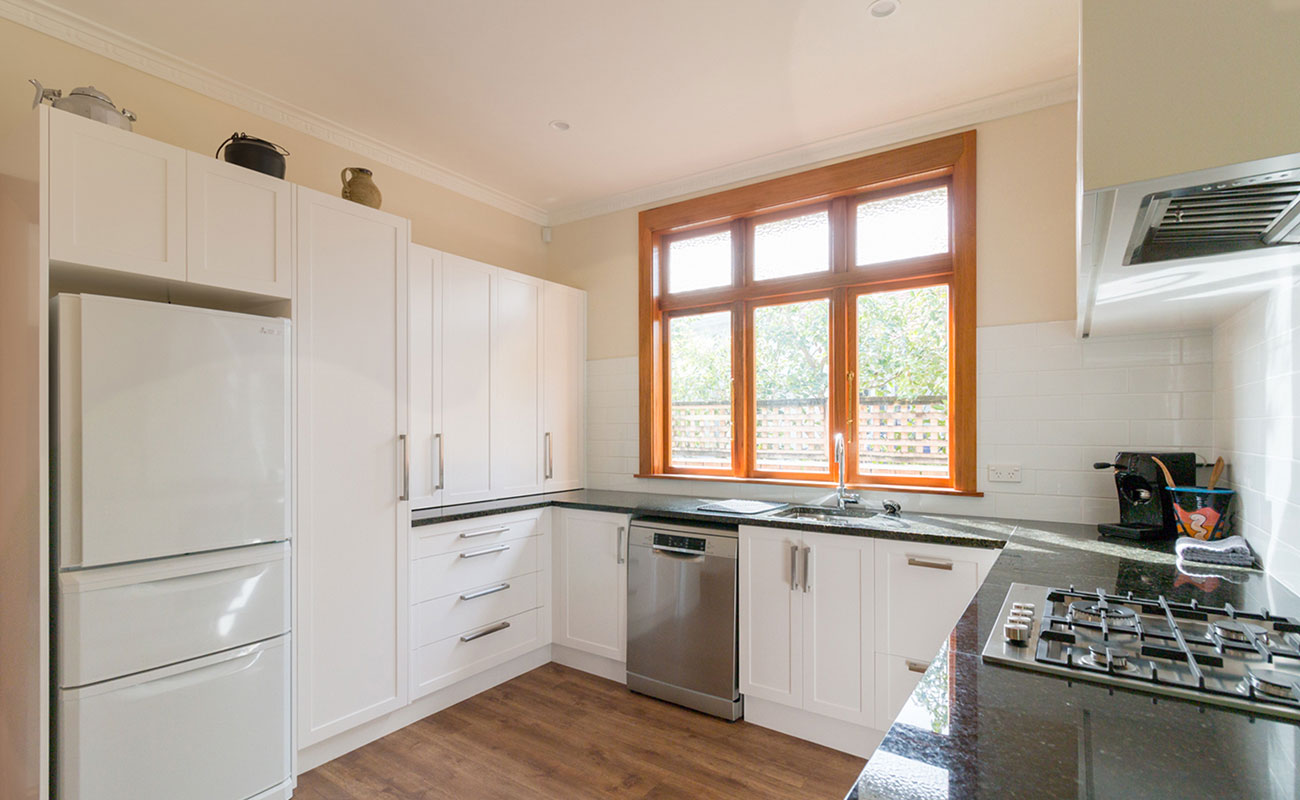 They just slotted in, gave me a price and arranged everything

Matt had been contemplating a renovation for some time before things got underway in earnest. “I initially had some plans drawn up about five years ago, and spent that time saving up for the project,” he says.
But when it came time to start the renovation that would see the kitchen and laundry completely refurbished, a load-bearing wall removed to turn the kitchen and dining areas into an open plan space leading onto an existing sunroom, new flooring installed and the bathroom updated, Matt ran into some issues early on with contractors who didn’t want to take on the various jobs. 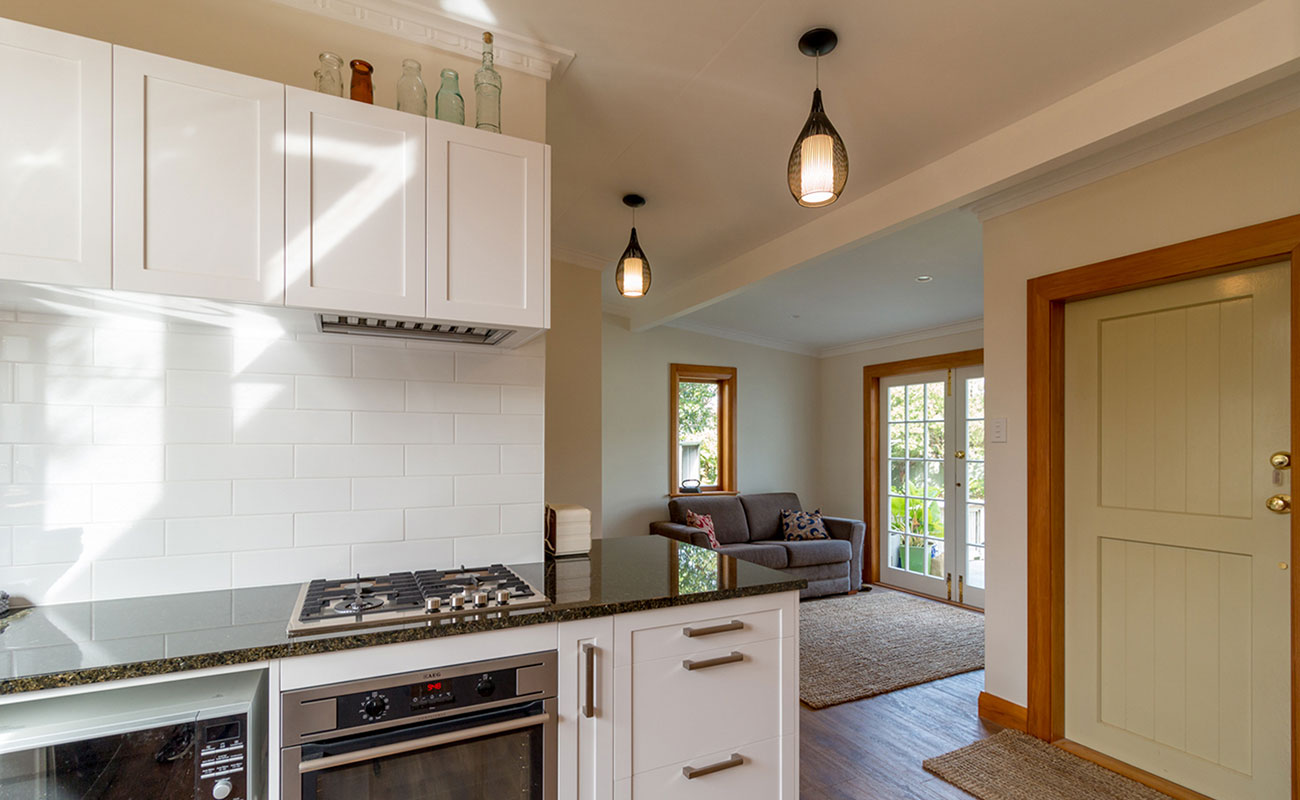 “I was also very aware of the disruption that the renovation would entail, being without a kitchen for some period of time. I had approached three builders and found the prices to be exorbitant and two of those walked away and said they wanted nothing to do with it.”
So Matt’s renovation was again delayed until he met Refresh Renovation consultant Mark Morrison at an event. “Mark said they could handle the job. Because Refresh normally start at the beginning but I already had plans, they just picked up where things had been left off. 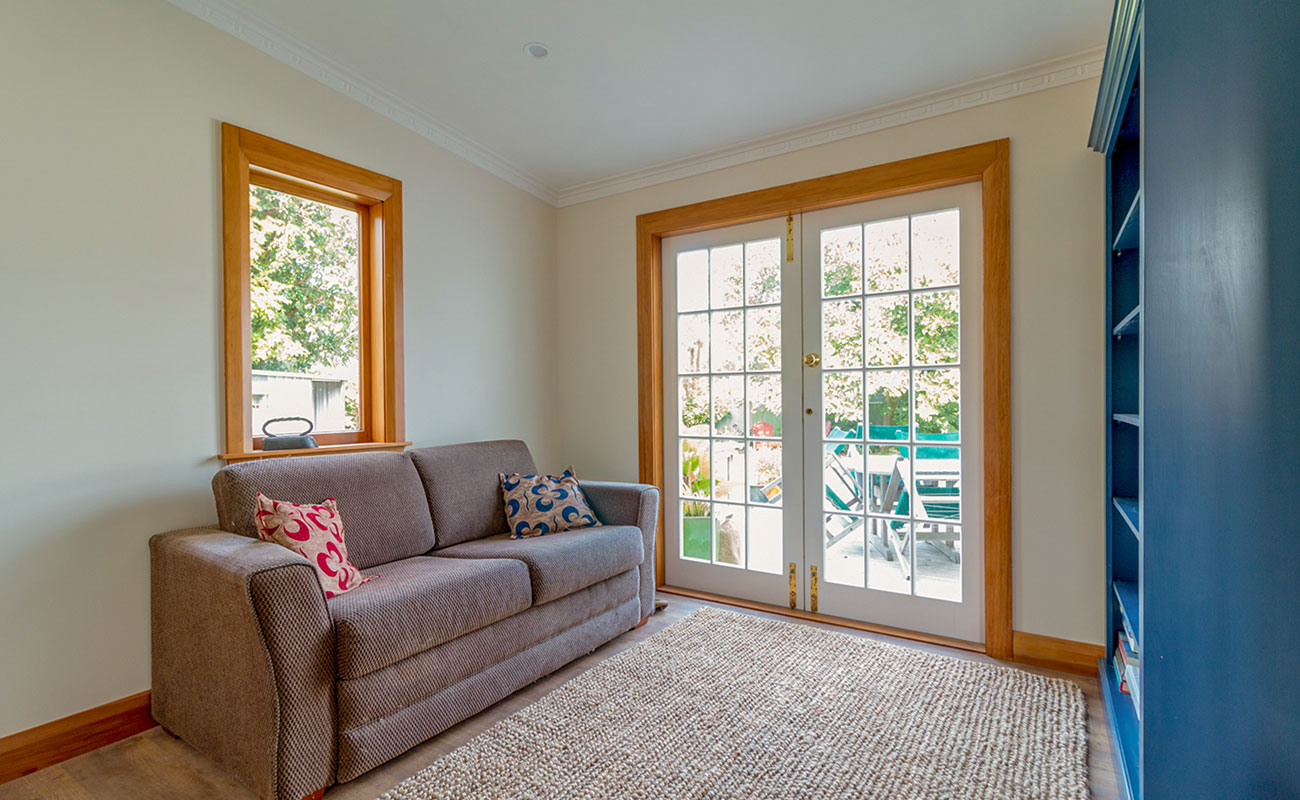 “They just slotted in, gave me a price and arranged everything. That really pleased me because they had the access to subcontractors and they managed the process rather than me as an individual trying to leverage tradespeople to take on the jobs. I knew that had I done it myself, the process would have dragged on longer than I wanted it to.”
Matt’s renovation was completed in four months, which was slightly extended due to the Christmas break occurring in the middle of construction. It was an extensive project that incorporated the removal of two windows and a large single window being installed to replace the original duo, a window removed and replaced in the laundry, and a load bearing wall removed. 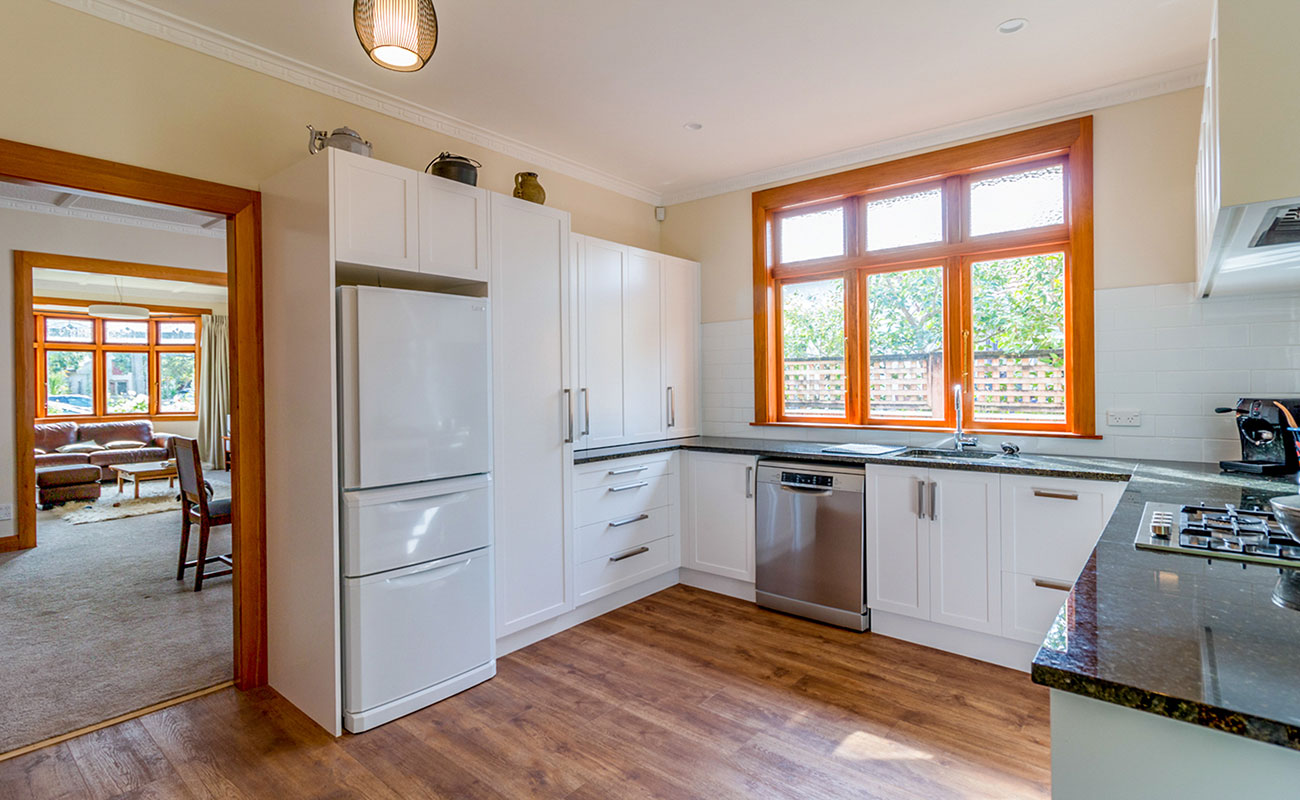 In the kitchen, all the cabinetry was replaced, and in the laundry, new storage facilities were built in. In the bathroom, a new shower and toilet were installed, and new flooring was laid. “The cabinetry was all removed and replaced with pre-finished MDF, additional new overhead cabinets were built in, and a new granite benchtop was installed, which doubles as a small island protruding into the new open plan kitchen/dining area, which leads out to a sunroom.
“The larger window installed in the kitchen captures a lot more light than the two smaller ones did, and having the sunroom and kitchen/dining space as one means that you can talk to people while in the kitchen, and brings the sunroom into the house as a useable area.” 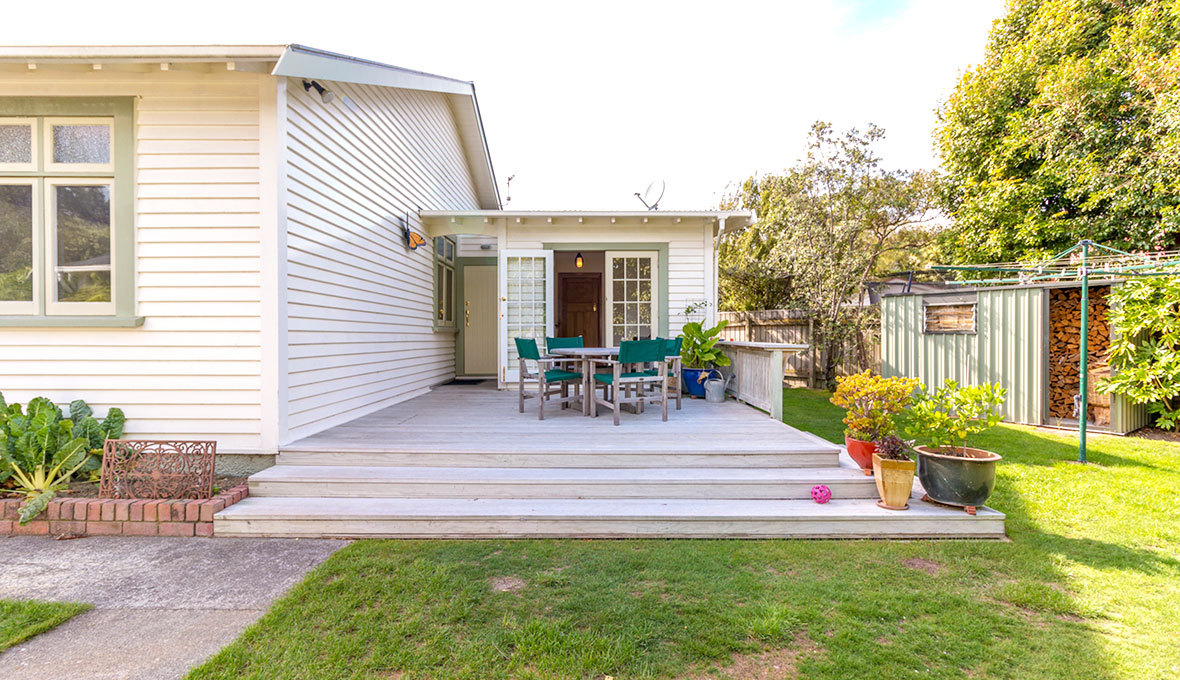 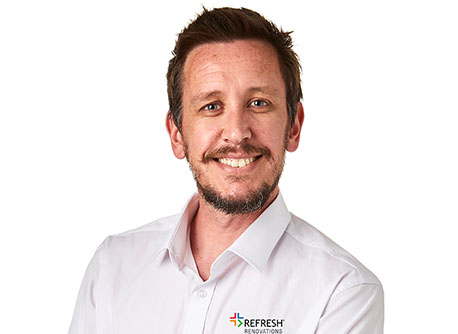 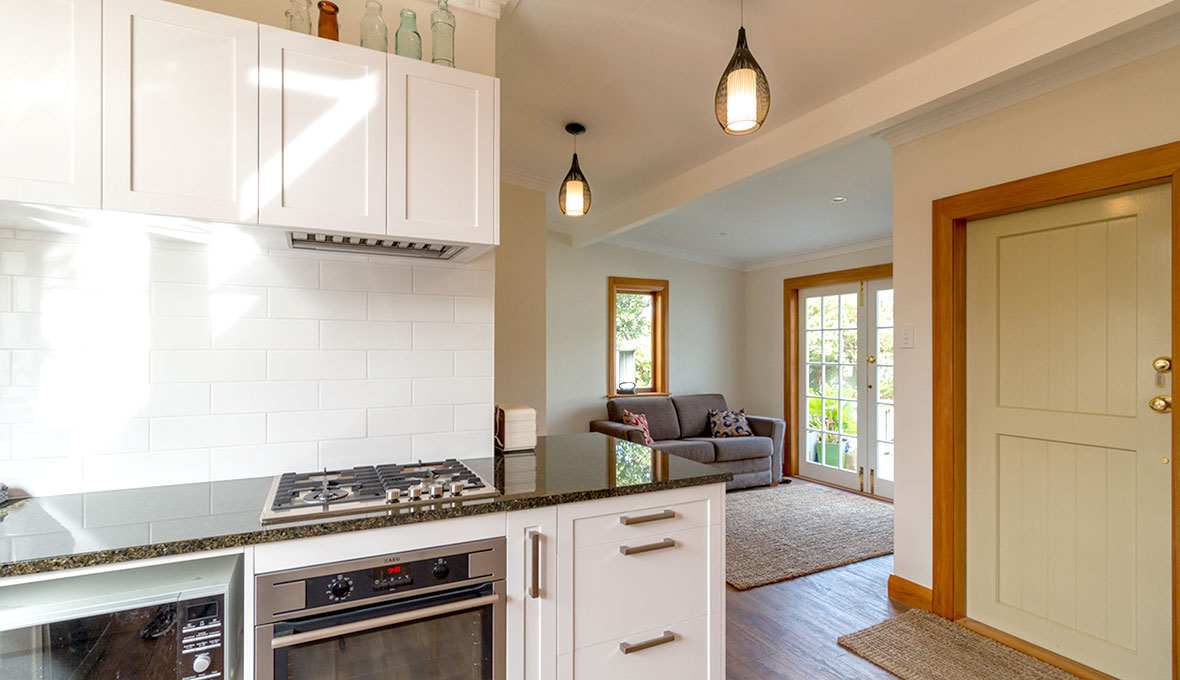 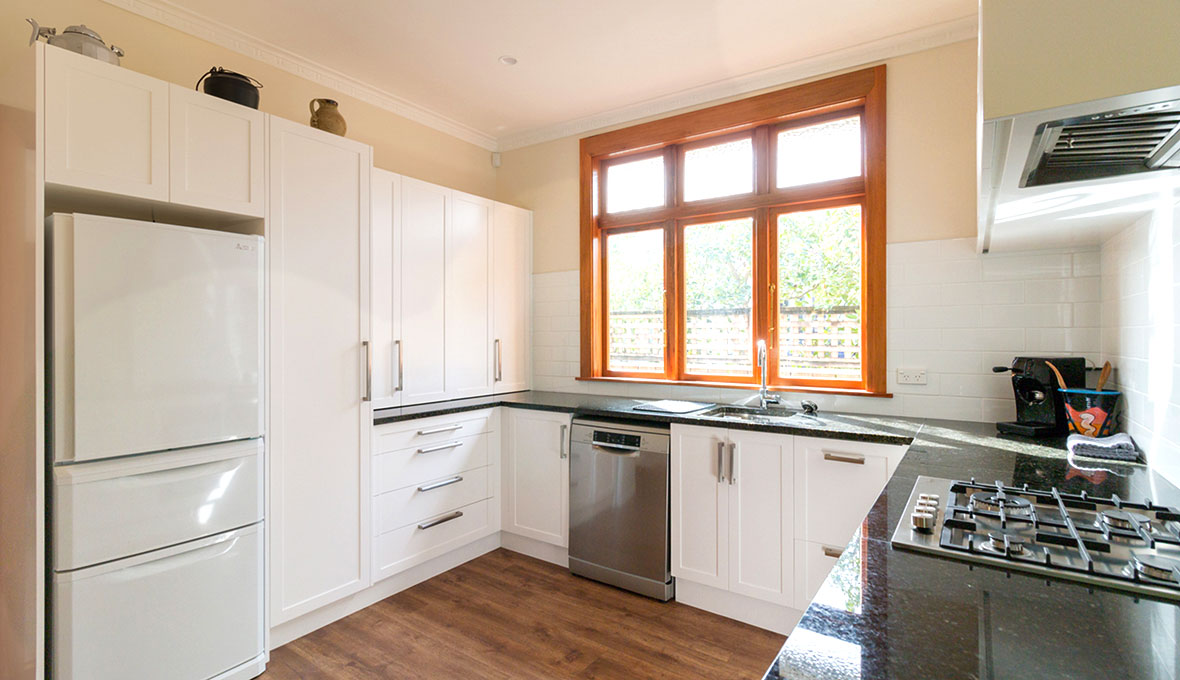 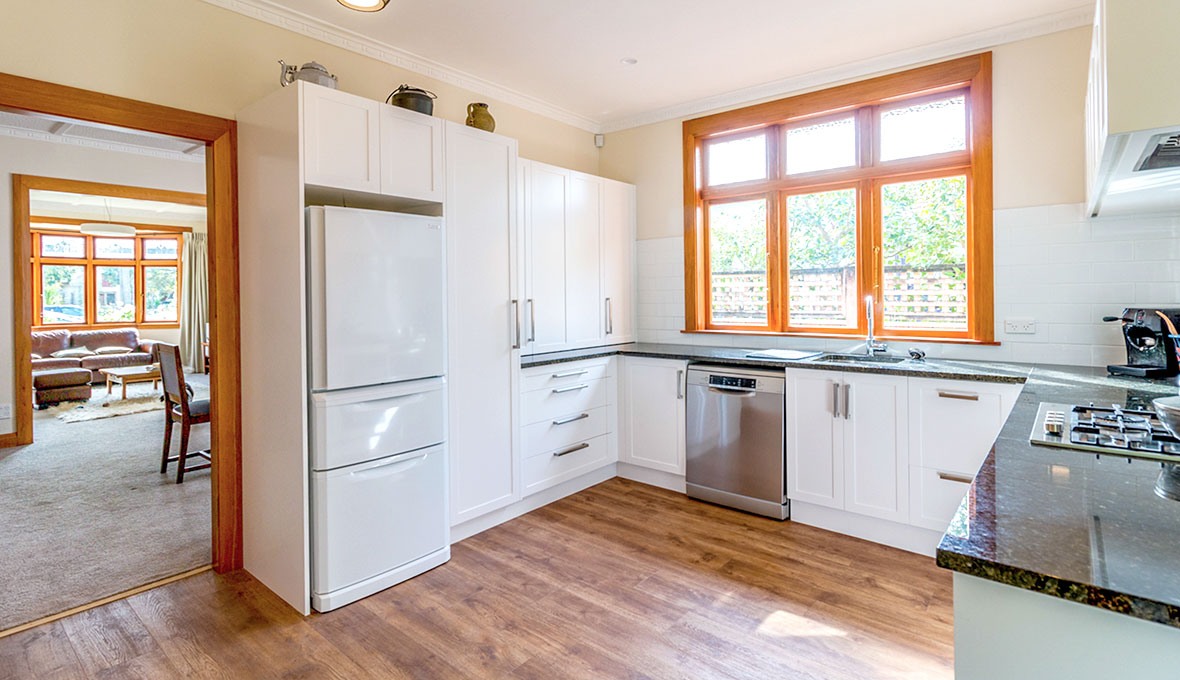 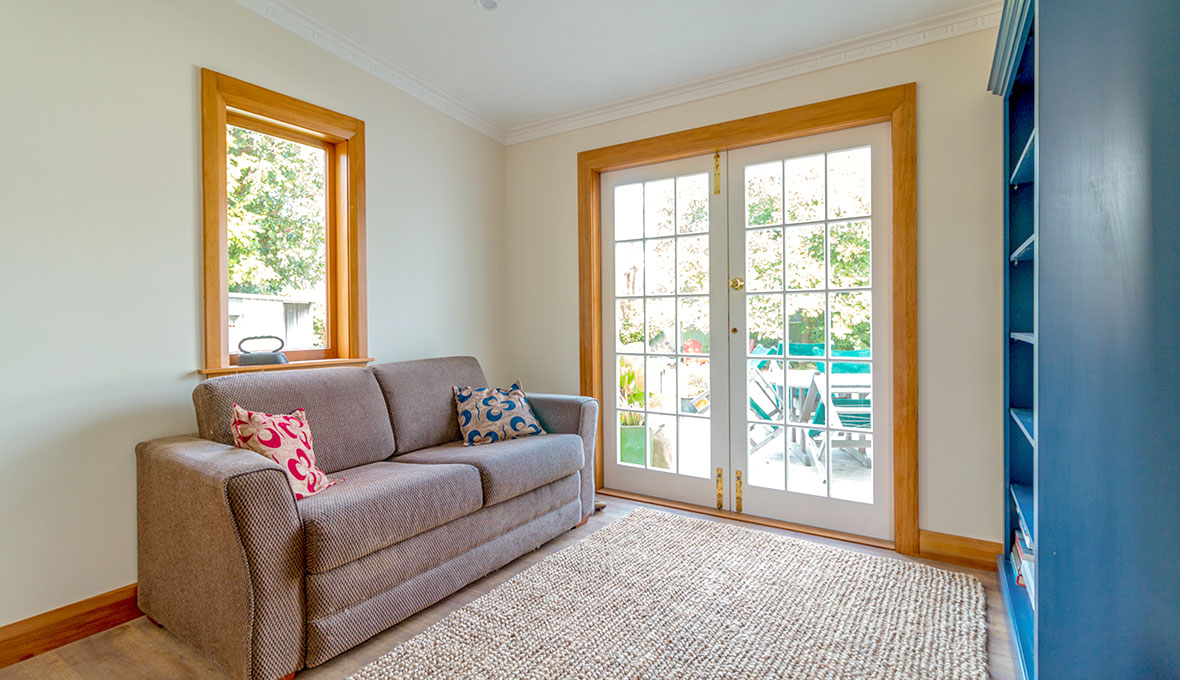