Leigh McDonald helped this homeowner transform his small ensuite into a space he is now "VERY happy with".

When Melbourne renovation specialist Leigh McDonald first met with homeowner Trevor, he was presented with a small, outdated ensuite bathroom. The design was cluttered and did not allow for much functionality or movement. Trevor had contacted Refresh Renovations hoping they would be the right people to help him make some improvements.
“I found these guys through Facebook and did an online enquiry for a quote. Leigh contacted me within 24 hours and arranged a meeting within a week. He arrived on time, along with his construction manager Richard”, tells Trevor in a recent 5-star Google review.

“Trevor wanted to update his very small en-suite and loved the idea of a walk-in shower but did not have enough room”, explains Leigh. “It was suggested that we remove the existing swing door and refit a cavity slider. This then gave him an area to use as a walk-in shower.”
“After going through a number of scenarios we settled on a particular model”, says Trevor. “There were a number of very helpful suggestions made to me that I had not thought of, that enhanced my idea of the finished product. They emailed me a computer mock-up of the room, then came back to finalise the design.”
The computer mock-up - a 2D and 3D representation of the proposed floor plan and how the bathroom would look - provided Trevor with a clear interpretation of how his bathroom would look and gave him the opportunity to make any changes before construction began.
“These guys started exactly on the day and time they said, and at every stage kept us up to date on any problems they came across”, says Trevor. “They were efficient, cleaned up after themselves every day and gave me a rundown of what would be done next.”

There were a few stages to the project. Demolition and waste removal needed to happen before any concreting could begin. To create a major transformation, wall framing, plumbing, electrical and plastering work needed to be carried out.
“The doorway was removed and we installed a cavity slider in the middle of the room”, tells Leigh.
Floor-to-ceiling tiling was installed and the new room was waterproofed. 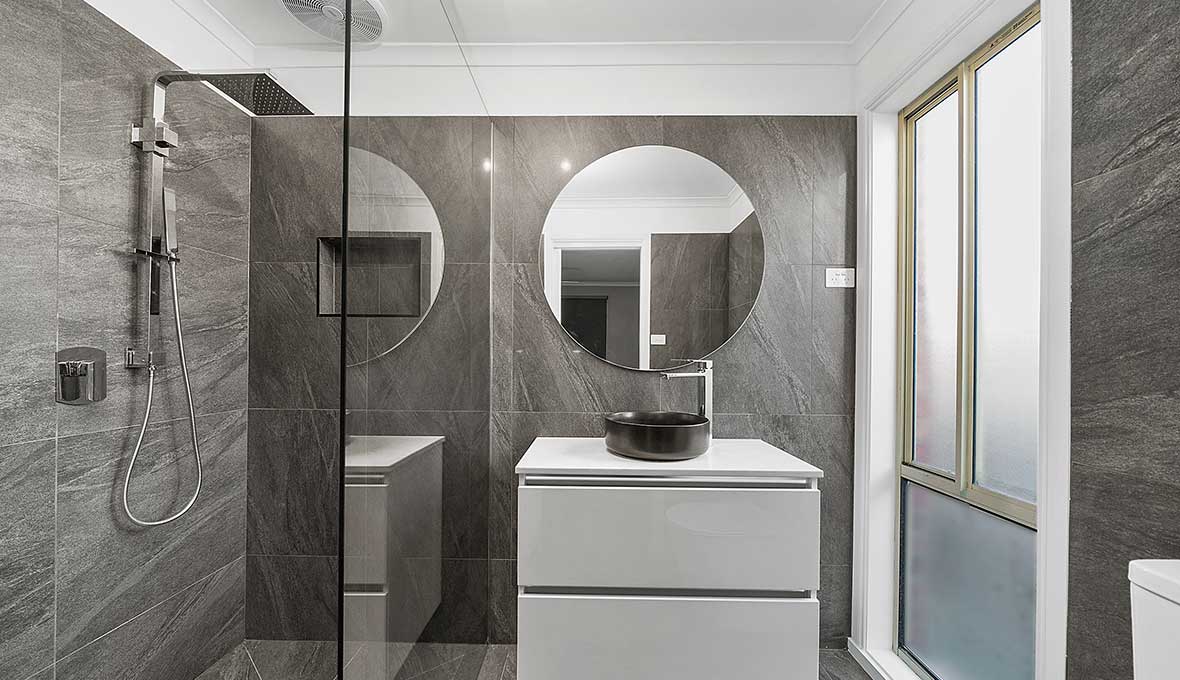 We are VERY happy with the finished result and would thoroughly recommend [Leigh and his team]
“The client had tiles they had acquired from another family member, so we were able to trace additional tiles matching the batch number from Beaumont Tiles”, explains Leigh. “We also suggested that we could install a niche, and, to create the walk-in shower, we added a 2000 x 1000 glass panel.”
Ensuring Trevor loved his new space, Leigh and his team also took care of the remaining installations and interior decorating. A floating stone-top vanity was installed, using fixtures and fittings from Burdens Bathrooms. They also installed new chrome tapware, a shower rail, toilet roll holders, towel rails and a Zumio Mezio wall faced toilet. In just three weeks, the renovation had been completed within the originally quoted budget. It’s a result that Trevor is thrilled with.

“We are VERY happy with the finished result and would thoroughly recommend [Leigh and his team] to anyone thinking of using them. We just had a small ensuite that was quite tight for space, and with some smart design, seems far more spacious now.”

If you have some bathroom renovation ideas in mind that you would like to discuss, get in touch with Refresh to arrange a free consultation with your local specialist. 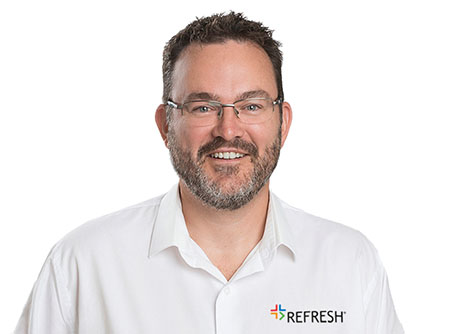 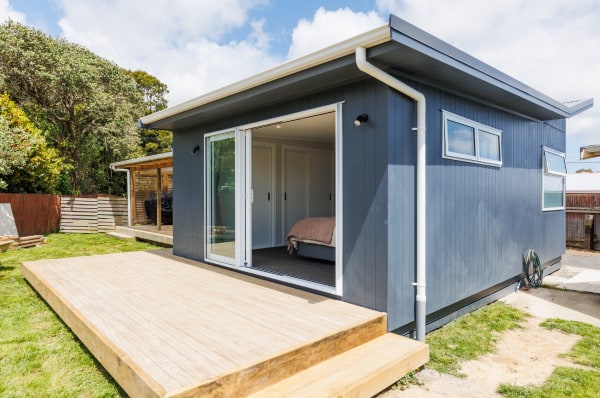 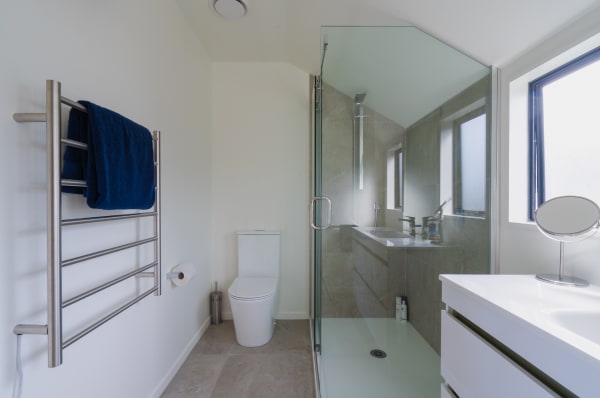 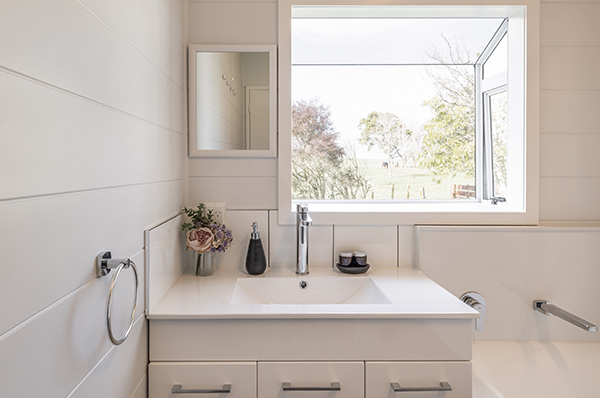 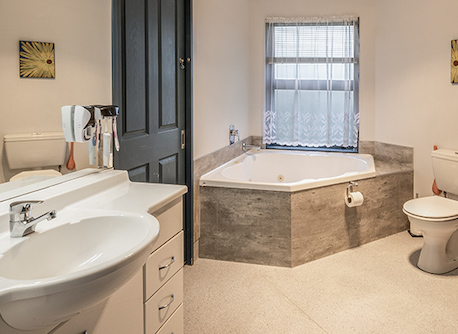 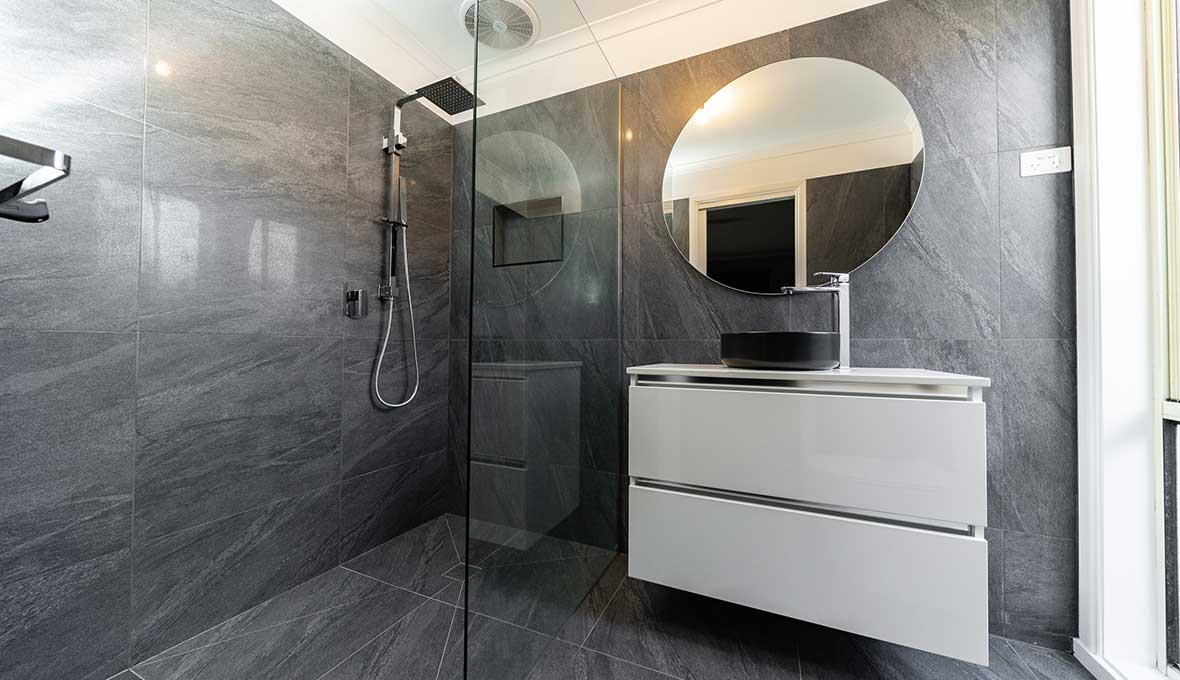 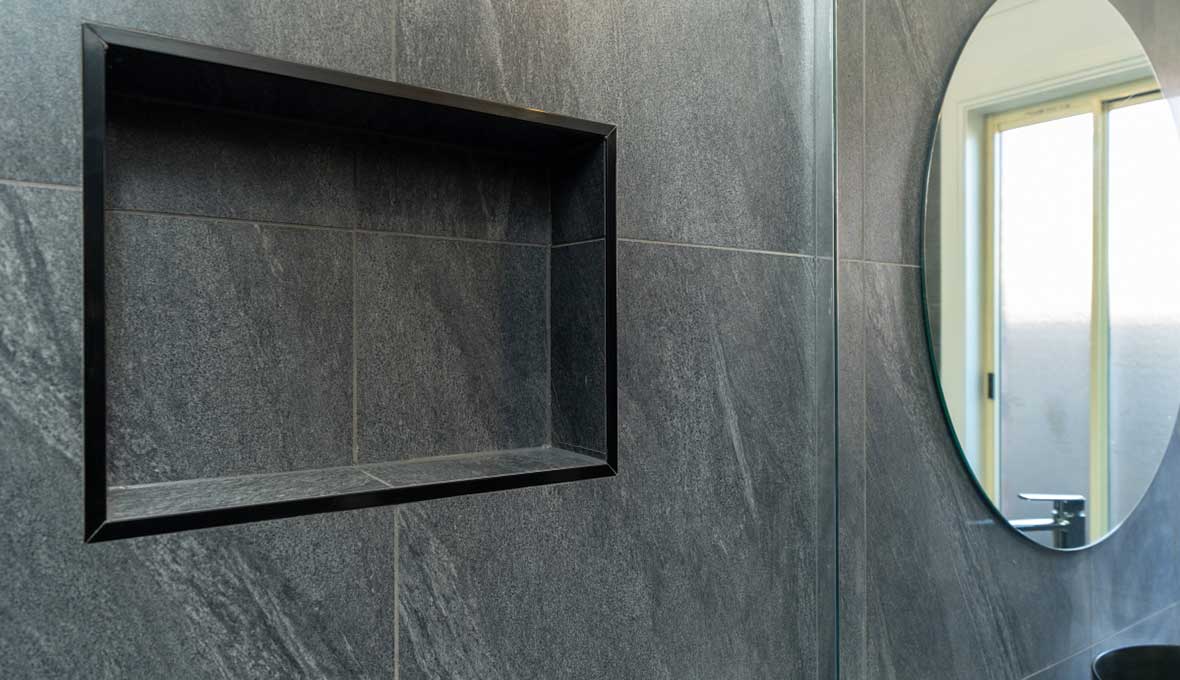 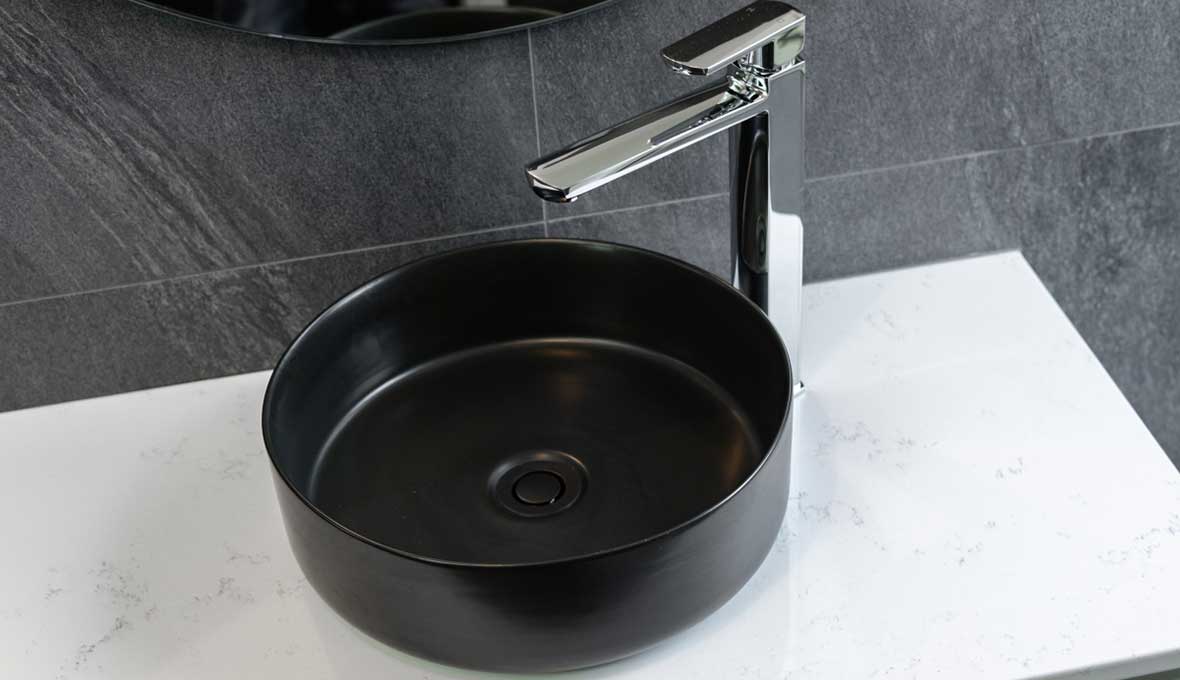 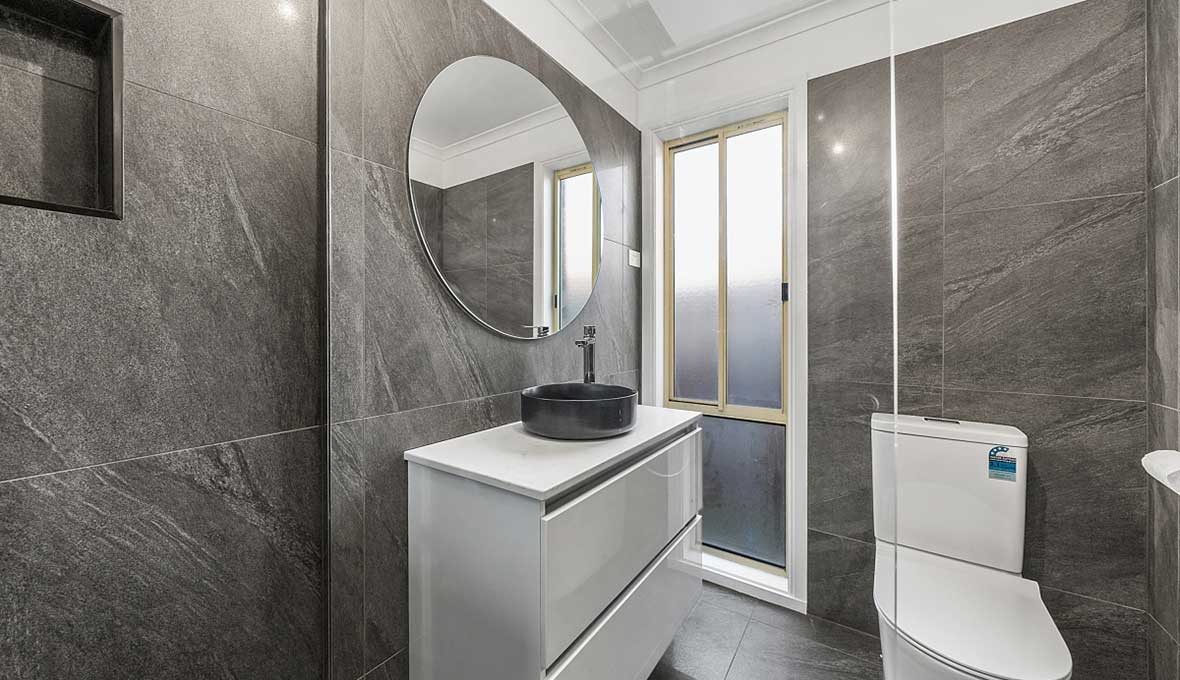 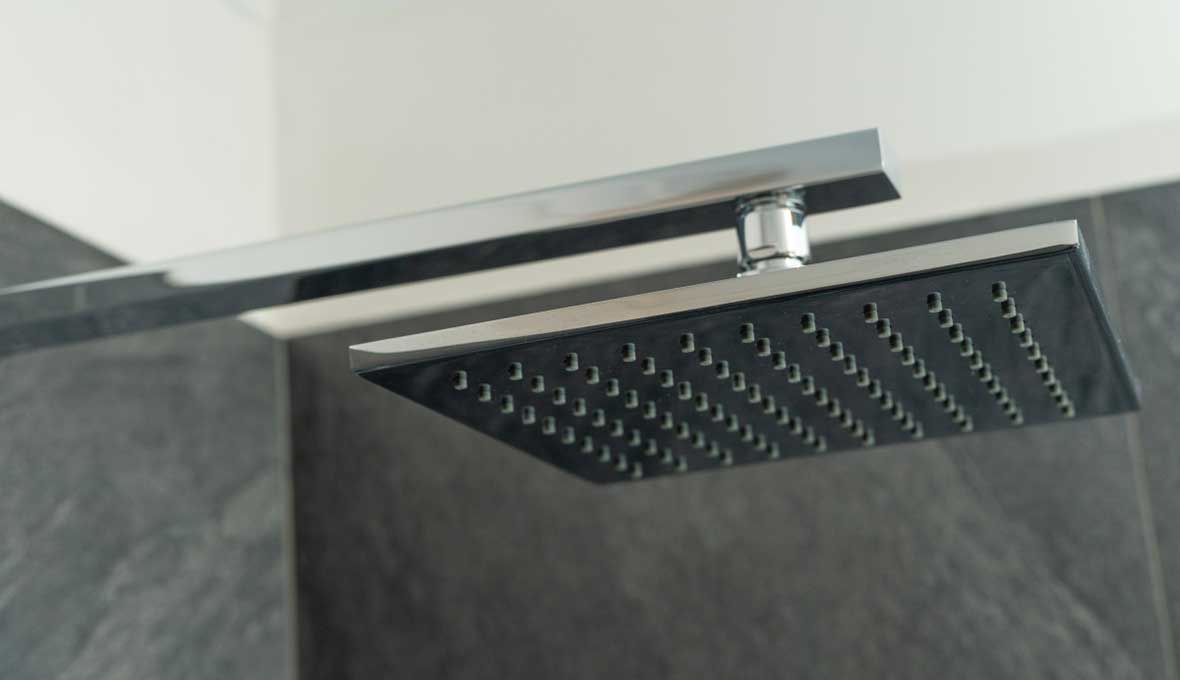 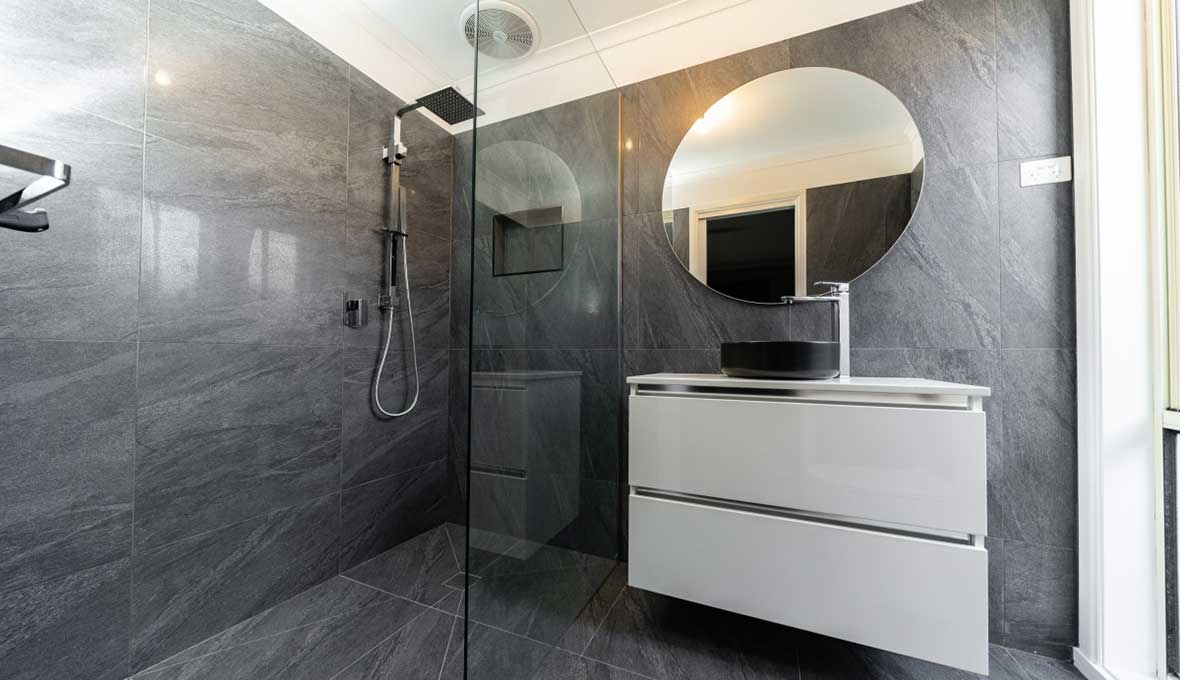 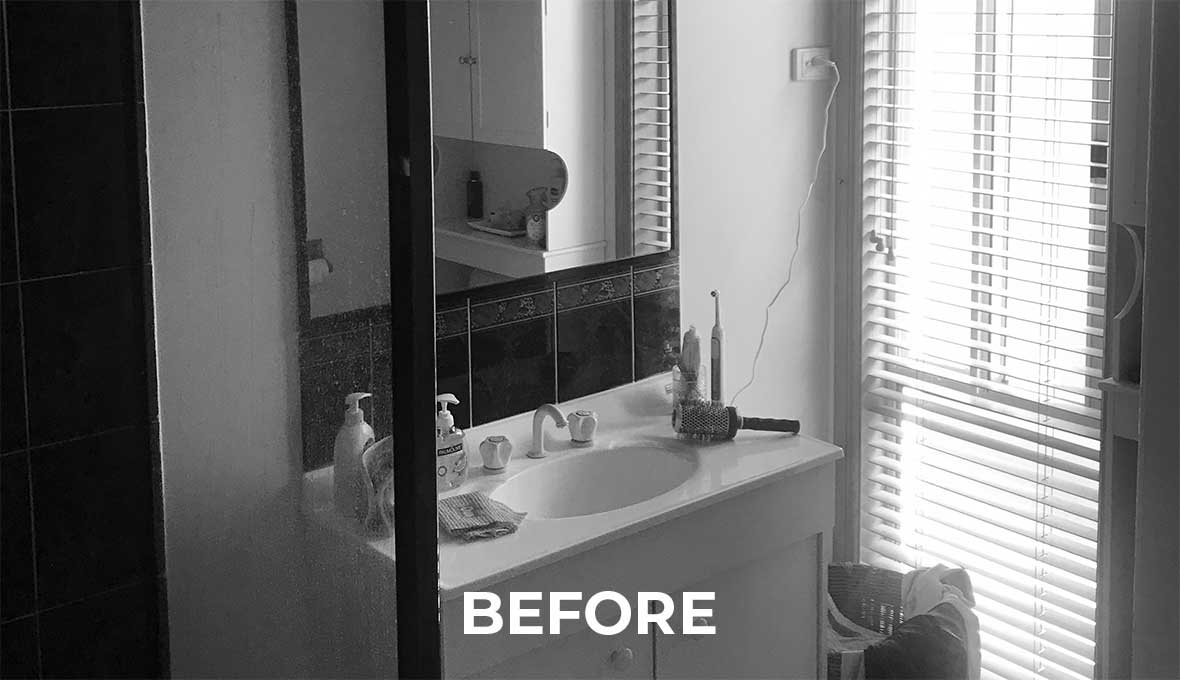