In this nine-week renovation, the five-bedroom home was converted to four, while a new bathroom, kitchen and scullery were put in place.

When you feel you have to apologise for the derelict state of your house when guests visit, you know you’re in line for a significant renovation. This was certainly the case for homeowner Rhys Parker, when he and his wife purchased a 1950s weatherboard home in Te Atatu Peninsular a year ago.
The home hadn’t been touched for the best part of thirty years, says Rhys, it had cracks in the ceiling, a sagging roof and holes in the walls - it was pretty bad.
Enter Dominic Hollands from Refresh Renovations and a plan to convert the five-bedroom home into four bedrooms with a new bathroom, new scullery and new kitchen was hatched.

The plan was cleverly designed to minimise new plumbing; the existing pokey bathroom was turned into a scullery with a door adjoining the kitchen, while one of the original bedrooms was transformed into a spacious family bathroom. The entire house was refreshed with new floor coverings, paint and a built-in wardrobe in one bedroom.
But there was one catch: the family was to stay living in the downstairs bedroom for the duration of the nine-week renovation. It sounds like an arrangement with potential for disaster but Rhys says the contractors were so considerate about respecting the family’s privacy throughout the period, that it worked.
“The doors were all coming off but they left the one at the entrance to our space to the last minute, and made sure they always let us know what was happening.”
This also meant the plumbing and electrics were left running in the right areas for the family to use, making on-site living as pain-free as possible.
But of course, the build wasn’t all smooth sailing. Once construction started, there were immediate unexpected structural issues, says Dominic.

“Dealing with an old house you’re always encountering issues with previous poor construction.”
The first issue that arose was that the joists in one area of the ceiling hadn’t been built properly, causing sagging in the ceiling. The joists had to be replaced and brought up to code.
“But to be honest it was good that we discovered it because if we had gone ahead and not discovered it, it would have been a disaster really,” says Rhys. “We would have had to spend a lot more money to go through it and redo it all over again.” 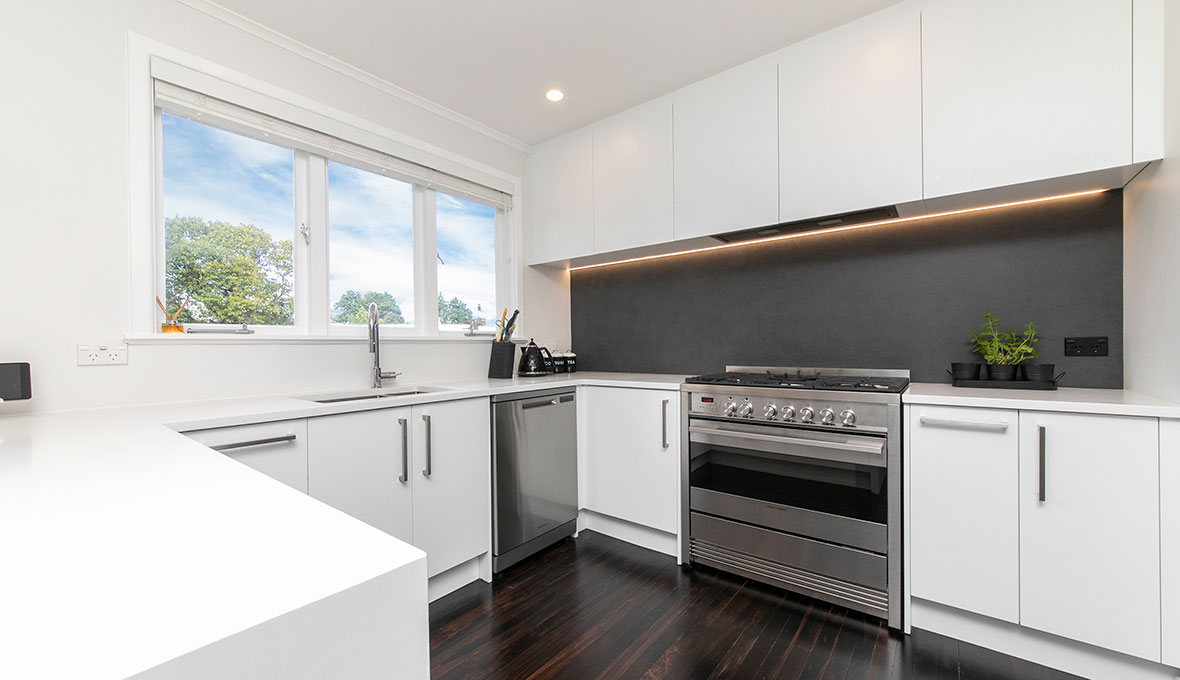 it looks like someone’s removed the house and put a completely new one in its place!
The set back of structural repairs gave the owners a chance to re-assess the initial plan to leave the back door and a wall between the lounge and kitchen in situ; the pair decided that they may as well submit altered plans to have these removed, thereby creating flow right from the front of the house out to the back.
“It made a huge difference,” says Rhy. “It was key.”

The total cost increase for structural repairs and the structural alteration came to $5,000, which was added to the initial budget projection of $90,000.
Rhys says he and his wife planned for a small contingency and they’re happy with the changes they made. Other unforeseen issues requiring re-thinking arose when floor coverings were stripped back to expose patching to the original timber tongue and groove flooring.
It meant one room needed to be carpeted, while the rest of the house was stained and polyurethaned, creating a seamless flow throughout.

Dominic says the result is “a much more functional, balanced house” and Rhys says visitors to the house barely recognise it from a year ago.
“From then to now it’s just a complete transformation, it looks like someone’s removed the house and put a completely new one in its place!” 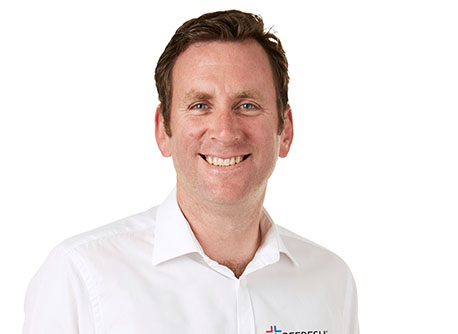 Dominic Hollands
Project description
Complete overhaul of a rundown five-bedroom home into a four-bedroom home with large family bathroom, new kitchen and scullery.
Location
West Auckland
,
New Zealand
Client
Rhys Parker
Time
January 2019
Project duration
9 weeks
Cost estimate
$90,000
Actual cost
$95,000
Challenges
Nothing major, but dealing with an old house you're always encountering issues with previous poor construction - the cost addit
Interesting aspects
We removed the back door and knocked a wall down and it made a significant difference"
Share to 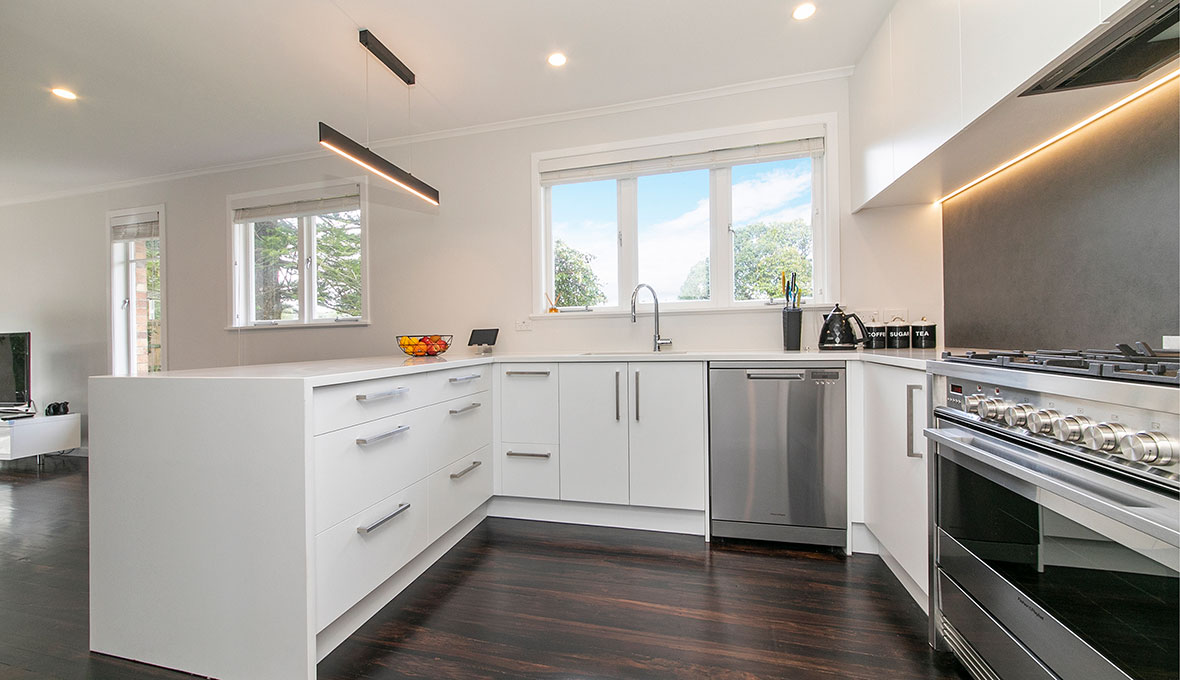 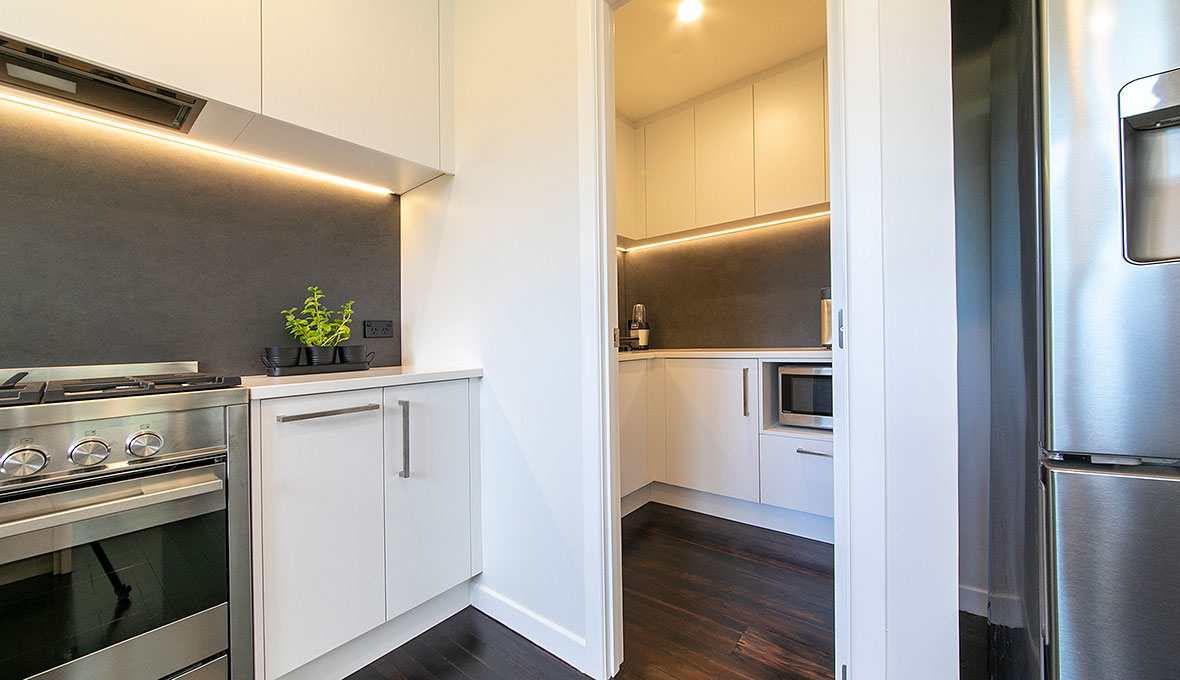 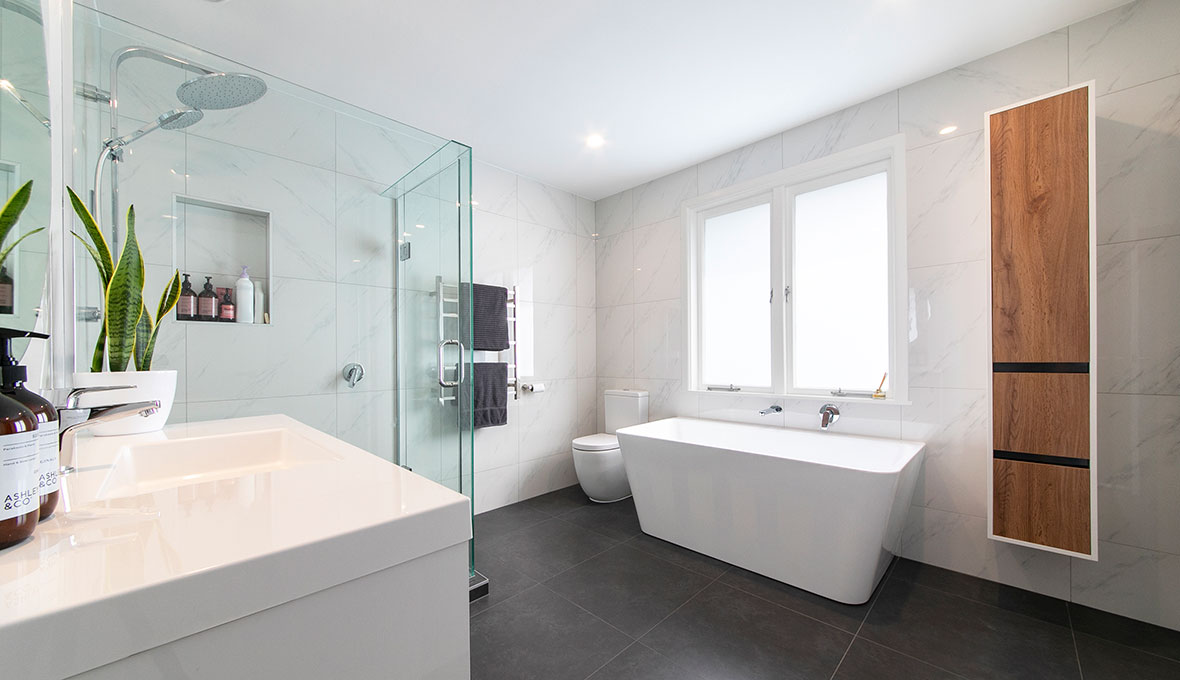 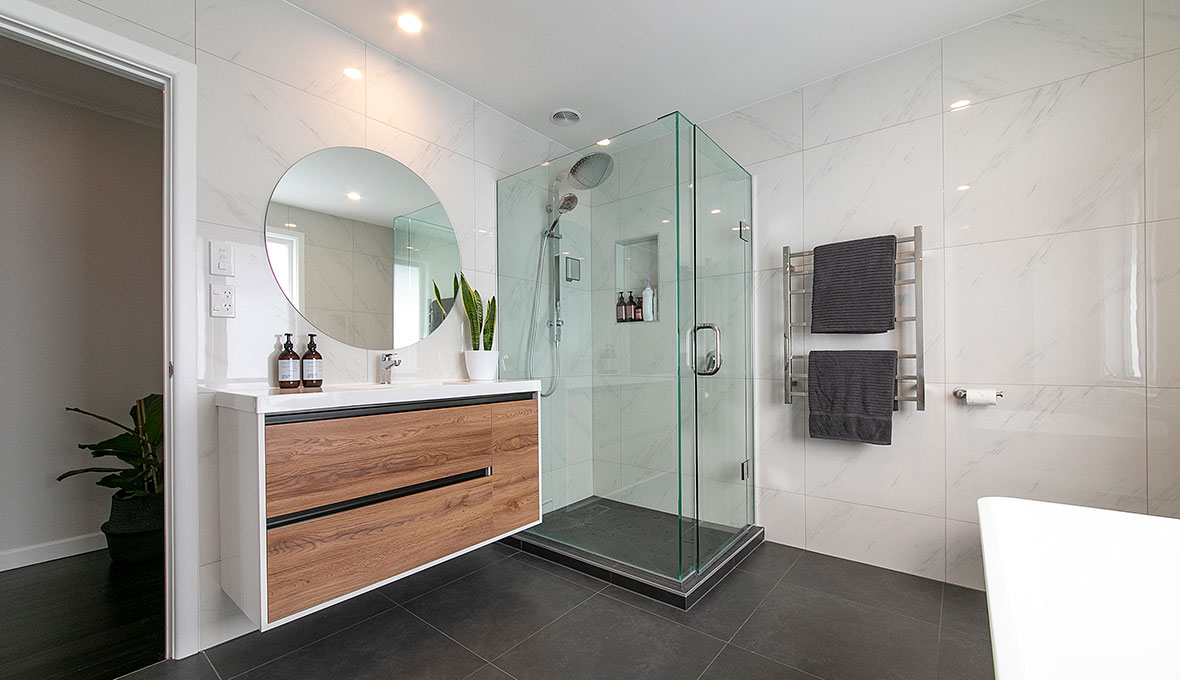 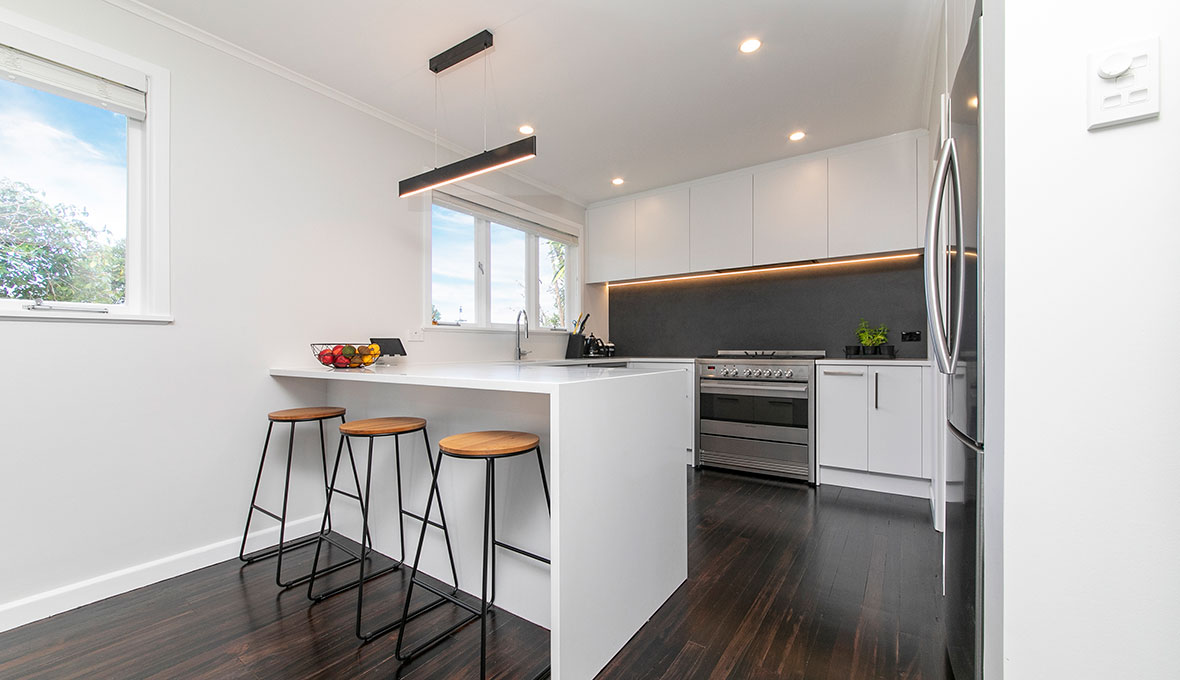 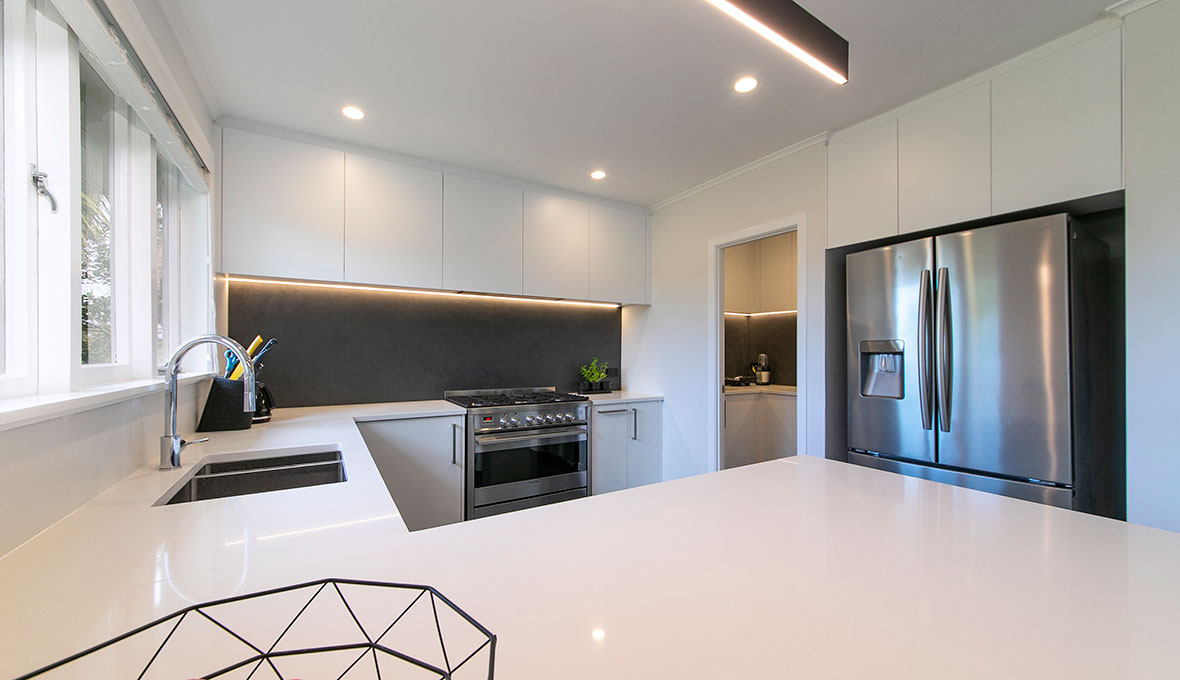 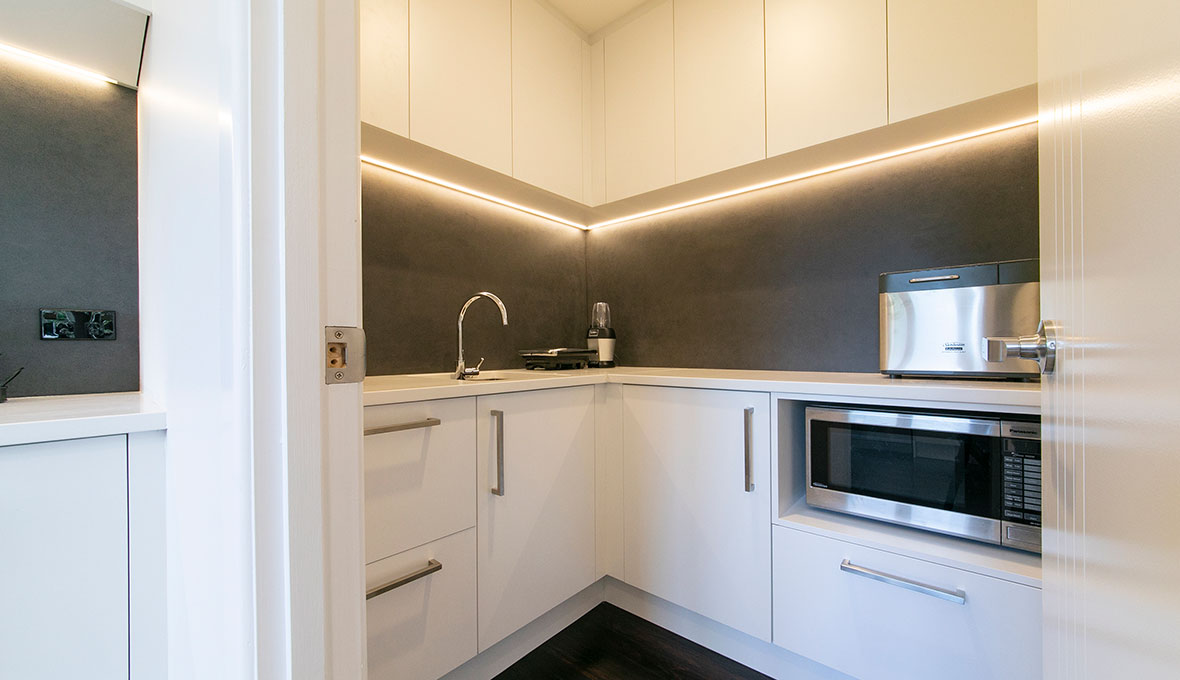