When Kirsten and Maurice Bone first saw the run-down 1912 villa, its potential was obvious.

Now a light-filled contemporary take on classic style, there’s nothing in the Bones’ abode to indicate its former rotting tired state.
When the couple purchased the home last year, it was with the desire to take on a significant renovation.
Due to Maurice’s work commitments, the couple are unlikely to be settled in one place for more than a few years, so the remodel was designed for re-sale in mind; practical, flowing space and a neutral palette abound. 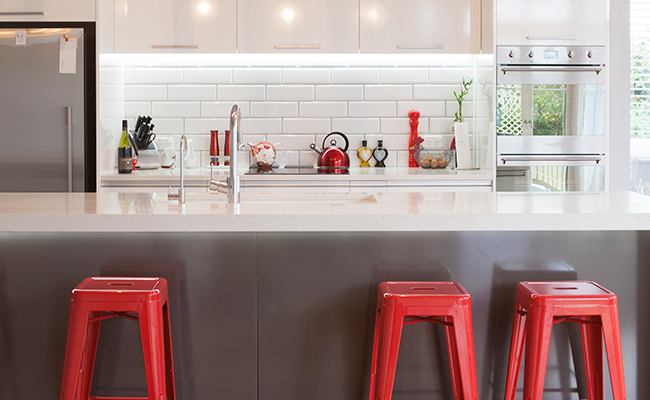 Living at home during a renovation

For four months last summer, Kirsten and Maurice lived above – and below – their three-bedroom house while the extensive renovation was completed.
Step one of the job was to build a working bathroom in the adjoining garage, away from where the main project would be undertaken.
The Bones then moved into the mezzanine space above the garage and constructed a temporary kitchen and laundry in a lined room under the house. They lived on top of, and under, their house while it was turned into a worksite for four months. 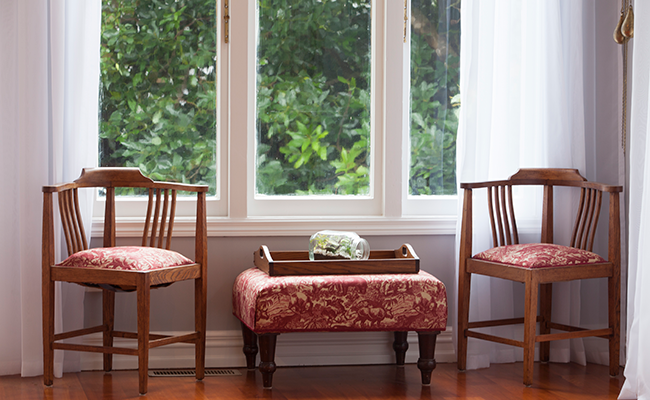 Kirsten had the guts of the renovation worked out in her head before the sale went through, and Refresh Renovations was on the job from the start to help capitalise on the home’s ability to be vastly improved.
“Kirsten had a floor plan scribbled down when we met, which ended up being very close to what was used,” Refresh Renovations says. “Our brief was clear: this was a renovation with re-sale in mind so they wanted something that wasn’t modelled on their own personal taste. We used a very neutral palette throughout.”
The last work done on the 103-year-old house was in the 1980s. “There was a lot of wood paneling; there were cork floors in the kitchen, and pink floral basins. There were pelmets and the spaces just weren’t right.” 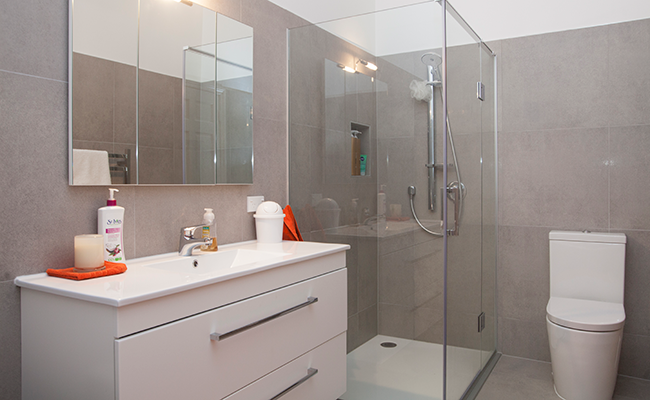 There was no central family bathroom. The house was lacking a full-sized bath, and the rooms were cold and damp. The kitchen was small and separate from other rooms, while the boxed ceilings meant the entrance hall was an enclosed, cave-like space.
Pipes were leaking in the kitchen – Kirsten had eight buckets collecting water at one stage – and the sink was falling away from the bench top. “The kitchen was essentially rotting. It was on its last legs; I don’t think it would have lasted much longer,” Refresh Renovations says.
So a plan was swiftly formulated to transform the house into a series of light-filled, airy spaces. Walls were removed to create an open-plan kitchen/dining area and adjacent lounge – although this room can be separated with an over-height cavity slider if required. 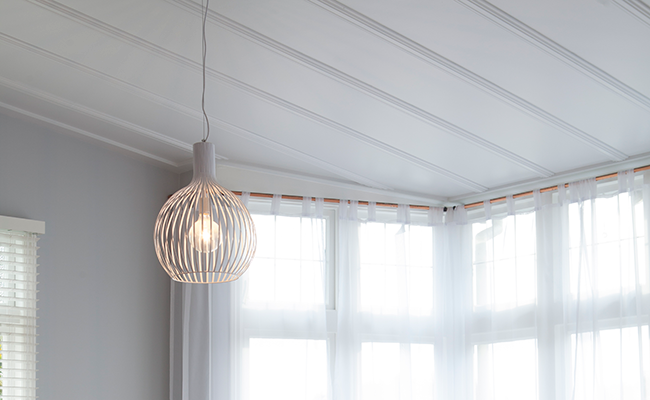 Opening up the interior

“Previous owners had boxed the ceilings down and there was no real flow between the room,” Refresh Renovations says. “One of the things Kirsten really wanted was a sight line from the front door, through the house, and out to the rear, north-facing windows in the dining area.”
The original dining area was initially noted as a space that needed to be capitalised on. “It was a room where everyone naturally gravitated due to its light, sun-filled characteristics. The bay window in this room overlooks the garden and adjacent French doors lead out to a deck area.”
The entrance area was opened up to achieve this sight line throughout the house and allow light to flow; the boxed ceilings were removed and the rooms were returned to their original 3.6-metre stud. 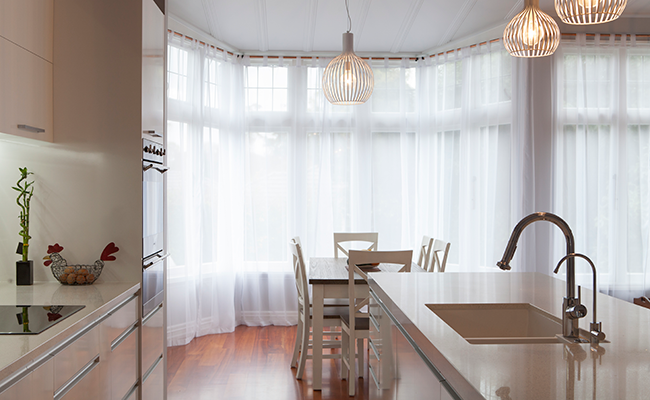 There was just no drama. It all happened on time and on budget and we are so happy with the result. The house is beautiful now

An original working double-sided brick fireplace between the kitchen and lounge was removed in favour of central heating, and the entire ceiling was insulated, as were all new walls. The family bathroom and ensuite had acoustic insulation installed to avoid noise pollution within the house.
The master bedroom was created from one of the three smaller original bedrooms, and the ensuite placed where the original bathroom stood.
A walk-in wardrobe was added in the master as well as picture rails, which feature throughout the house in one of many subtle but confident nods to its heritage. 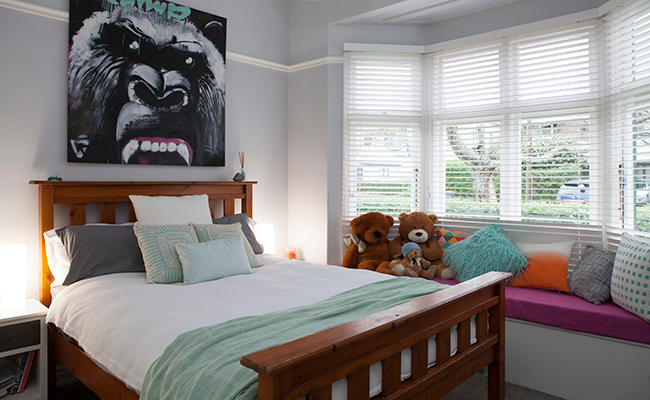 The second double bedroom was slightly decreased in size to allow for the hallway, which was moved towards the front of the house to make way for the new central family bathroom.
However, space was accentuated in this bedroom by adding a window seat under the bay window. The interior bathroom is tiled to door height, keeping in line with the picture rail in the rest of the house, and incorporates a bath and oversized shower.
Tile details on the bath gives the room an interesting depth of character, while a sensor light under the vanity ensures the interior room is always effectively lit. Kirsten wanted to save and re-use as much as possible, so the original doors were retained, as were the original floors. 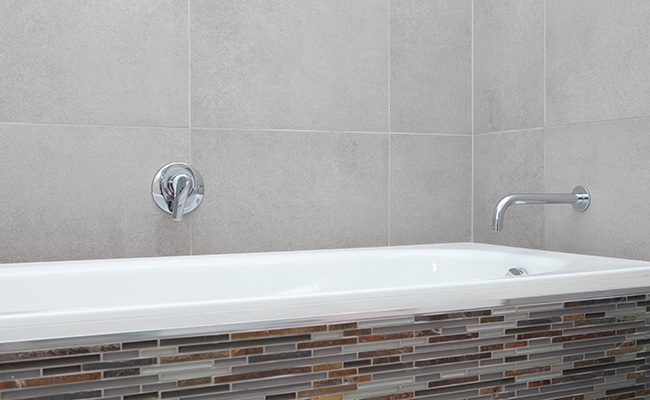 Where items couldn’t be salvaged and re-used in the renovation, Kirsten took an innovative approach: the entrance hall table is crafted from an original door that was no longer needed.
While the pressed tin ceiling in the lounge couldn’t be saved due to rust issues, Kirsten sourced lightshades featuring rosettes similar to those in the original ceiling.
The outcome is a renovation that, while very contemporary in its style, also retains vital elements of its heritage charm.
Although the project was delivered on time, and with just a five per cent budget variation, some unexpected challenges cropped up. 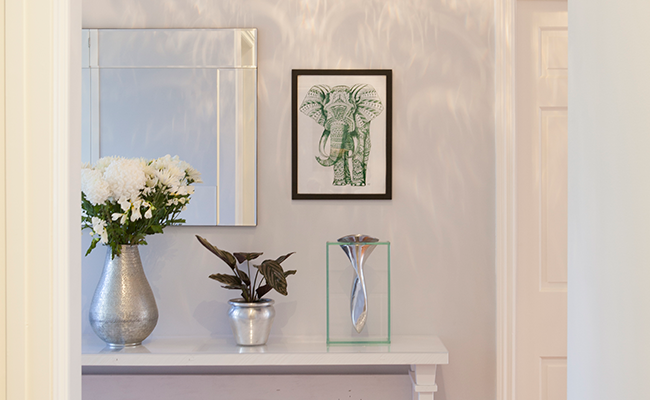 “I knew what to expect with an old villa so our first job was to strip it back and essentially open it up and assess what we needed to achieve.
“We found there had been a fire in the house at some stage so charred framing in the existing bathroom area backing onto the lounge had to be replaced,” Refresh Renovations says.
“A new beam was needed in the lounge. The wall removed was saggy, but also very dodgy, as whoever cut it out had put no beam support in at all!
“As can be typical with villas, there was a lack of framing so that needed some work but we had allowed for this in the original budget, as we expected it to be the case. The original house was basically rotting. It was quite depressing. No work had been done to it for years.”

Despite the challenges, Kirsten swears she would take on another renovation project in the future. “There was just no drama. It all happened on time and on budget and we are so happy with the result. The house is beautiful now.”
See more Renvovations In Auckland
See our Customer Testimonials

If you would like to discuss options and ideas for your home renovation, please use the enquiry form alongside to provide us with your contact details. We will get in touch with you at a time that suits you to discuss your project.
*All information is believed to be true at time of publishing and is subject to change. 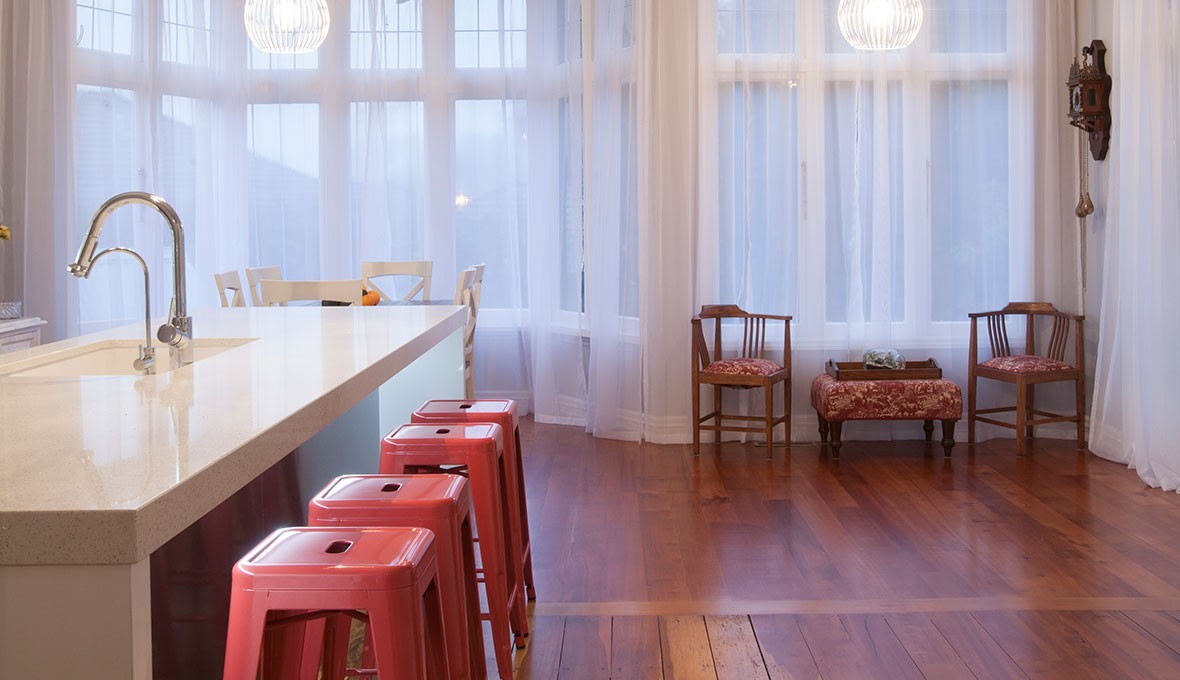 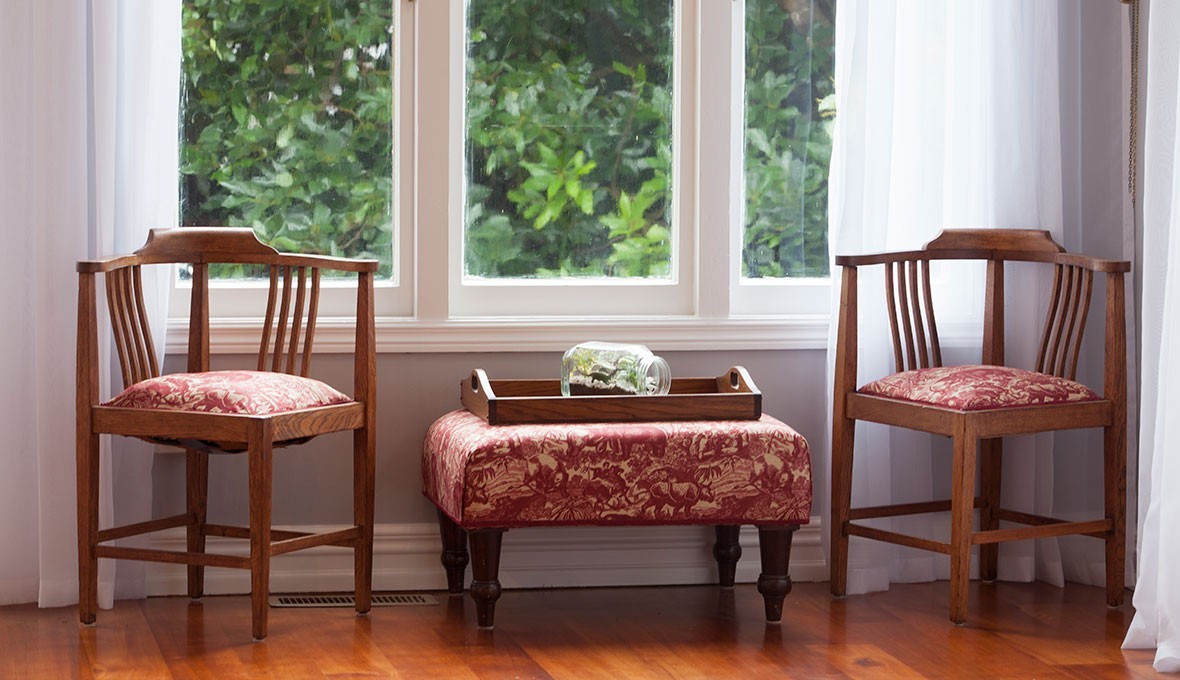 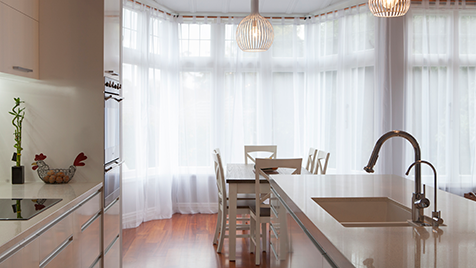 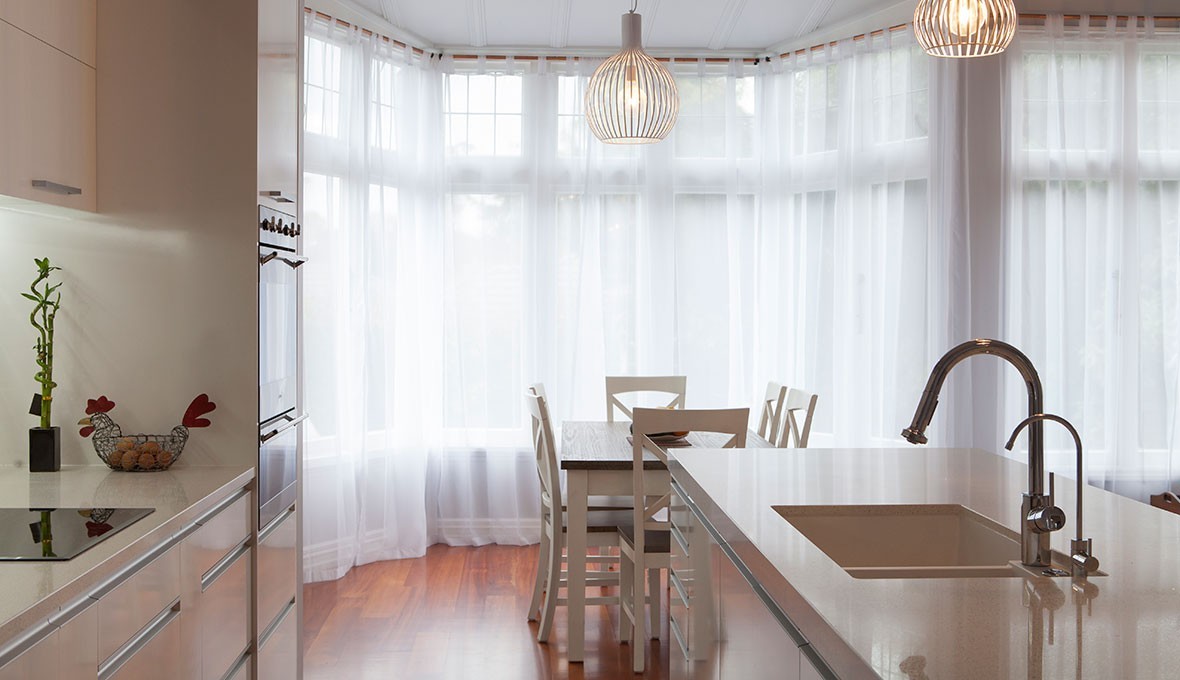 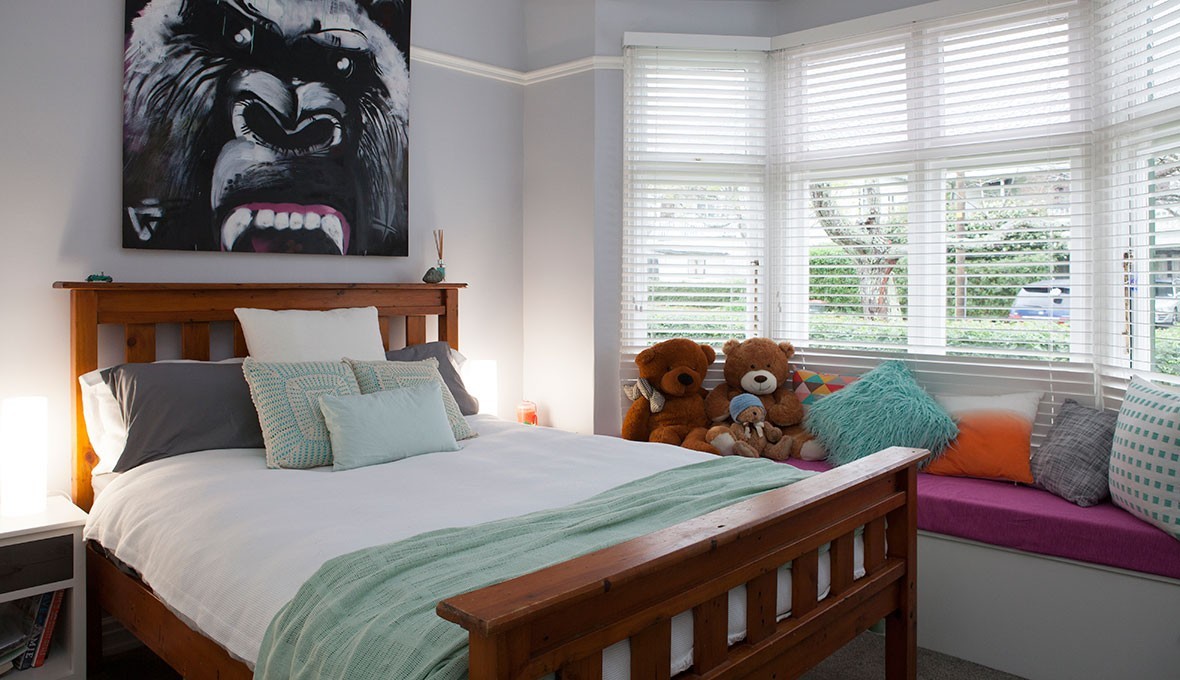 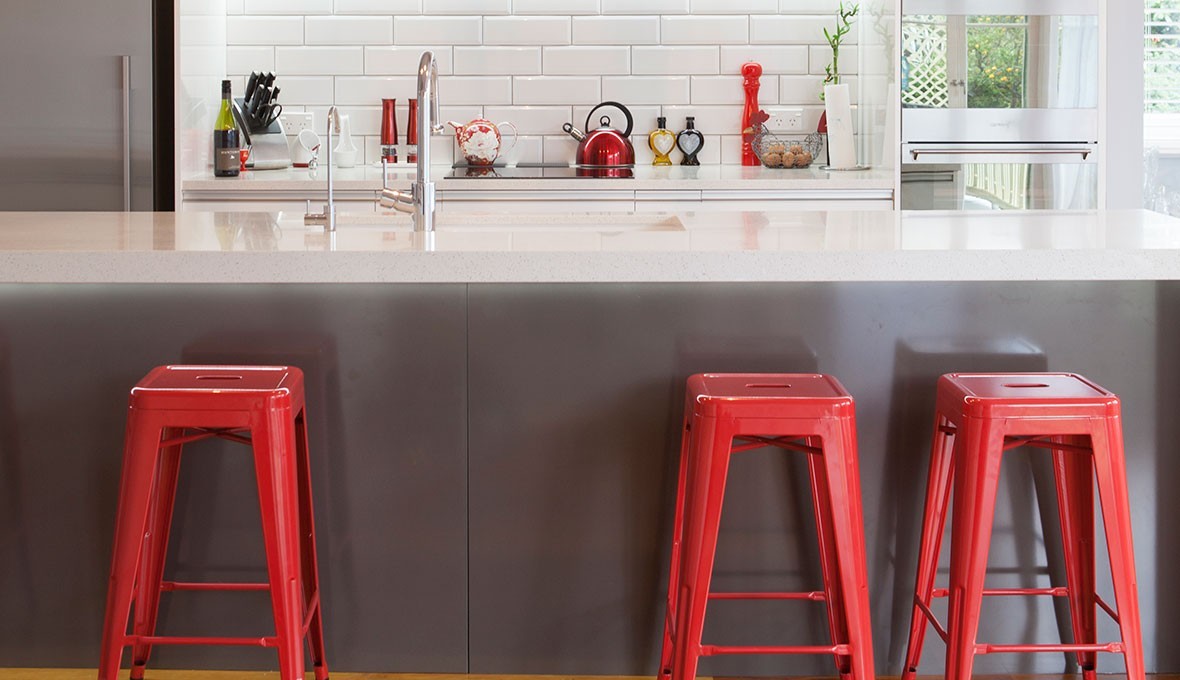 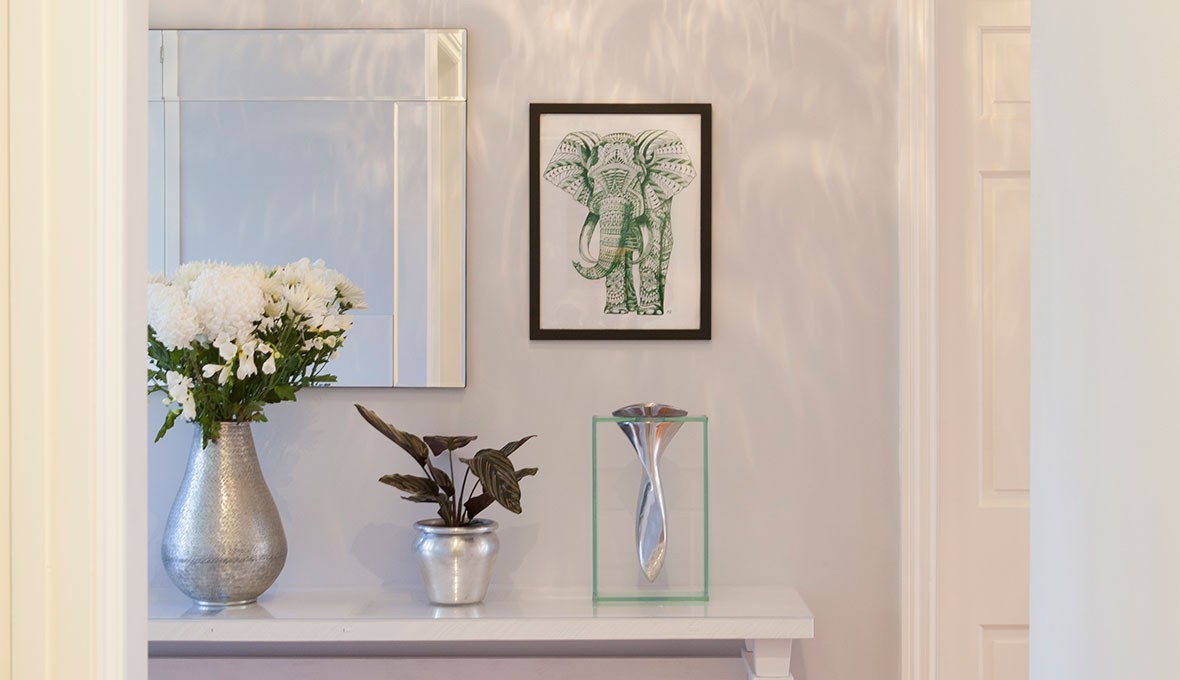 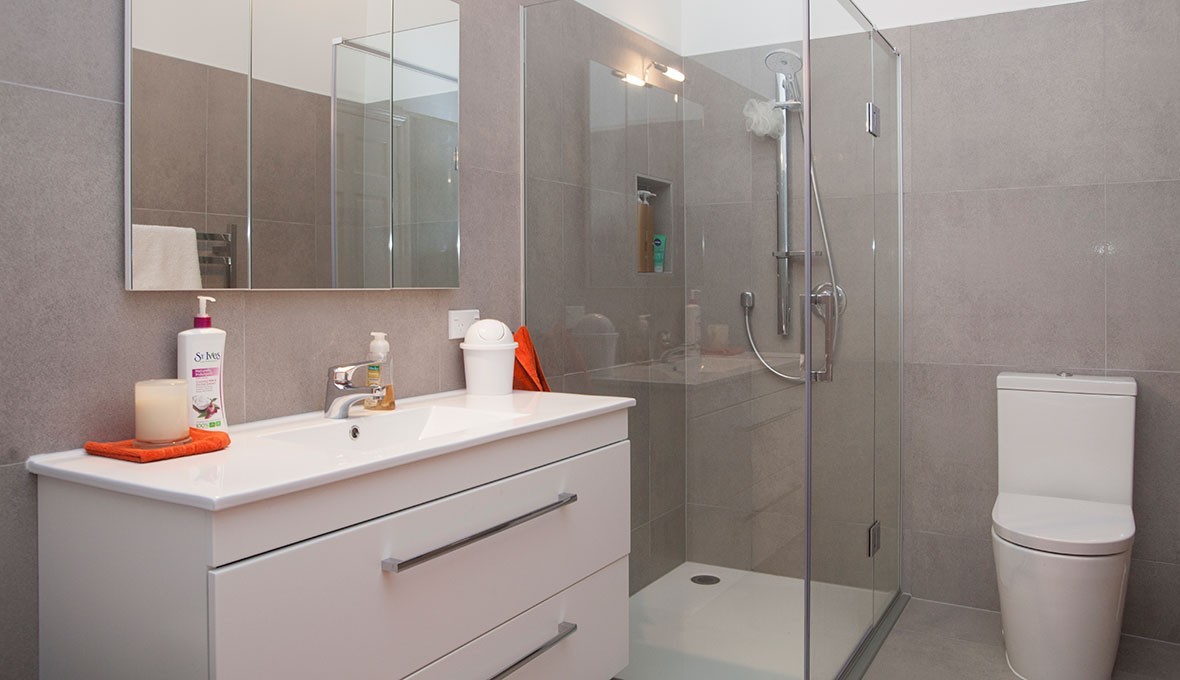 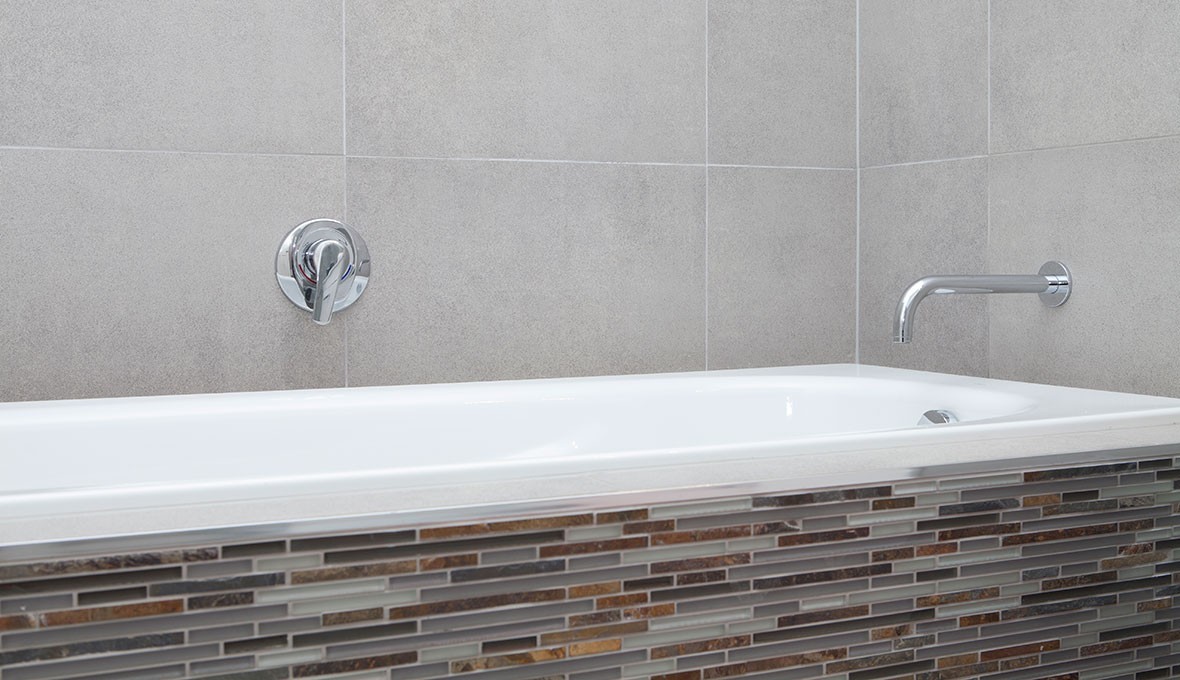 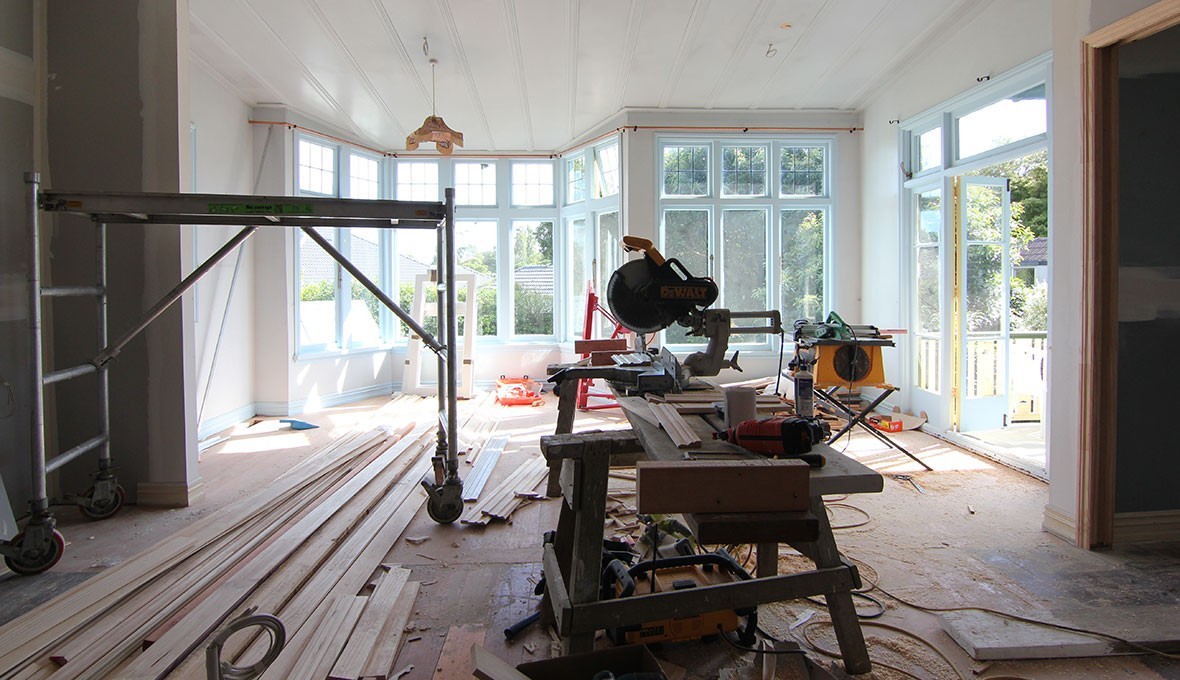 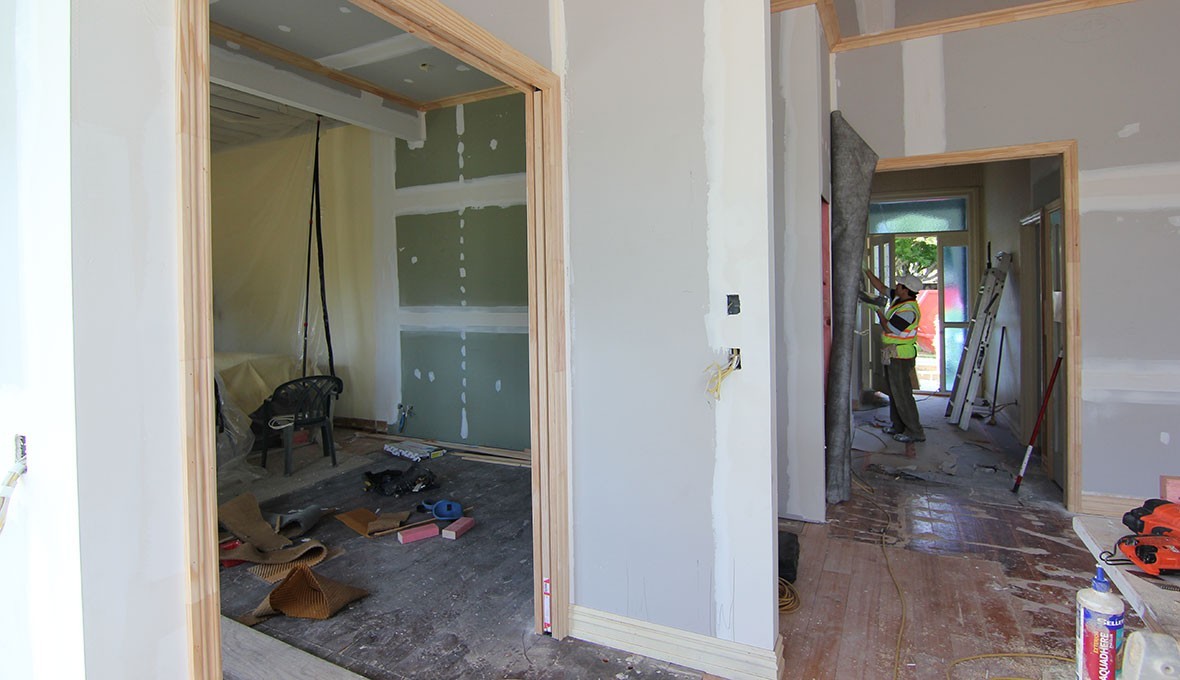 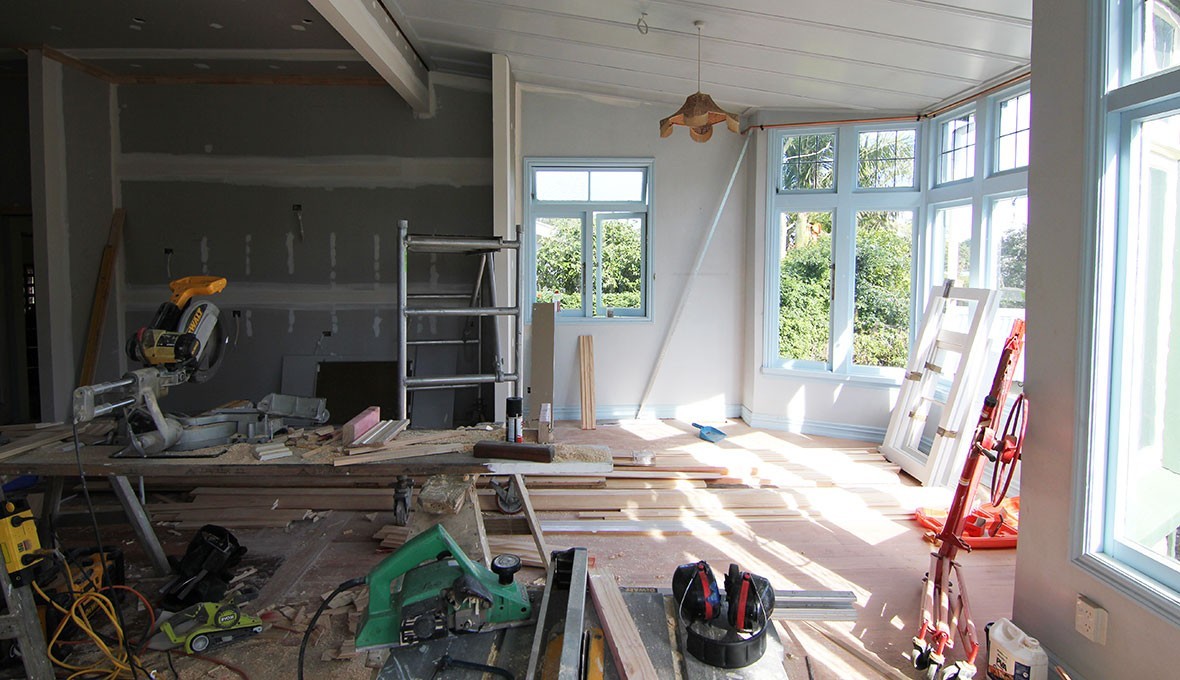 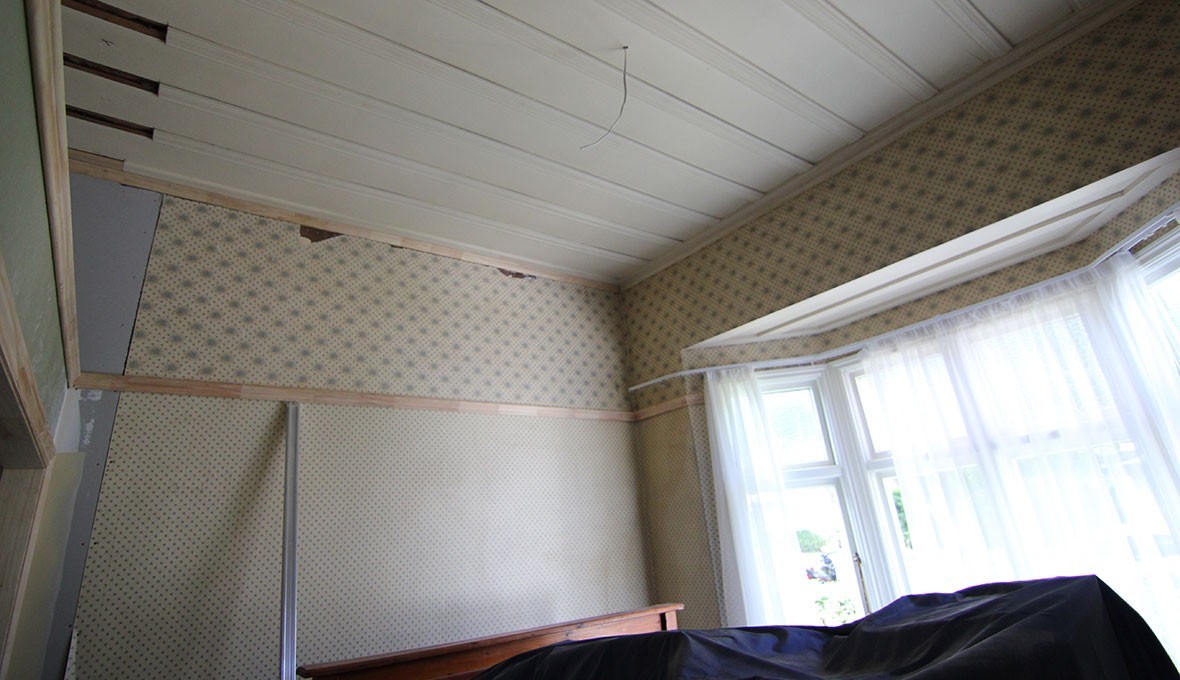 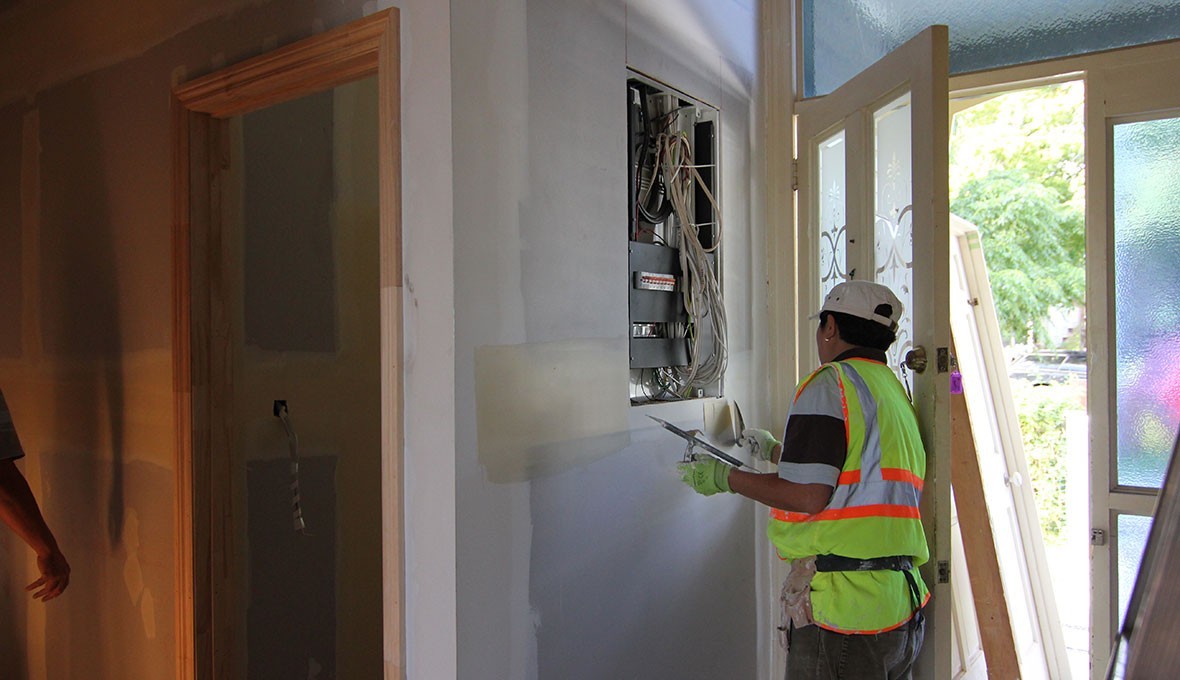